Florida man accused of drunkenly smashing yacht into other boats 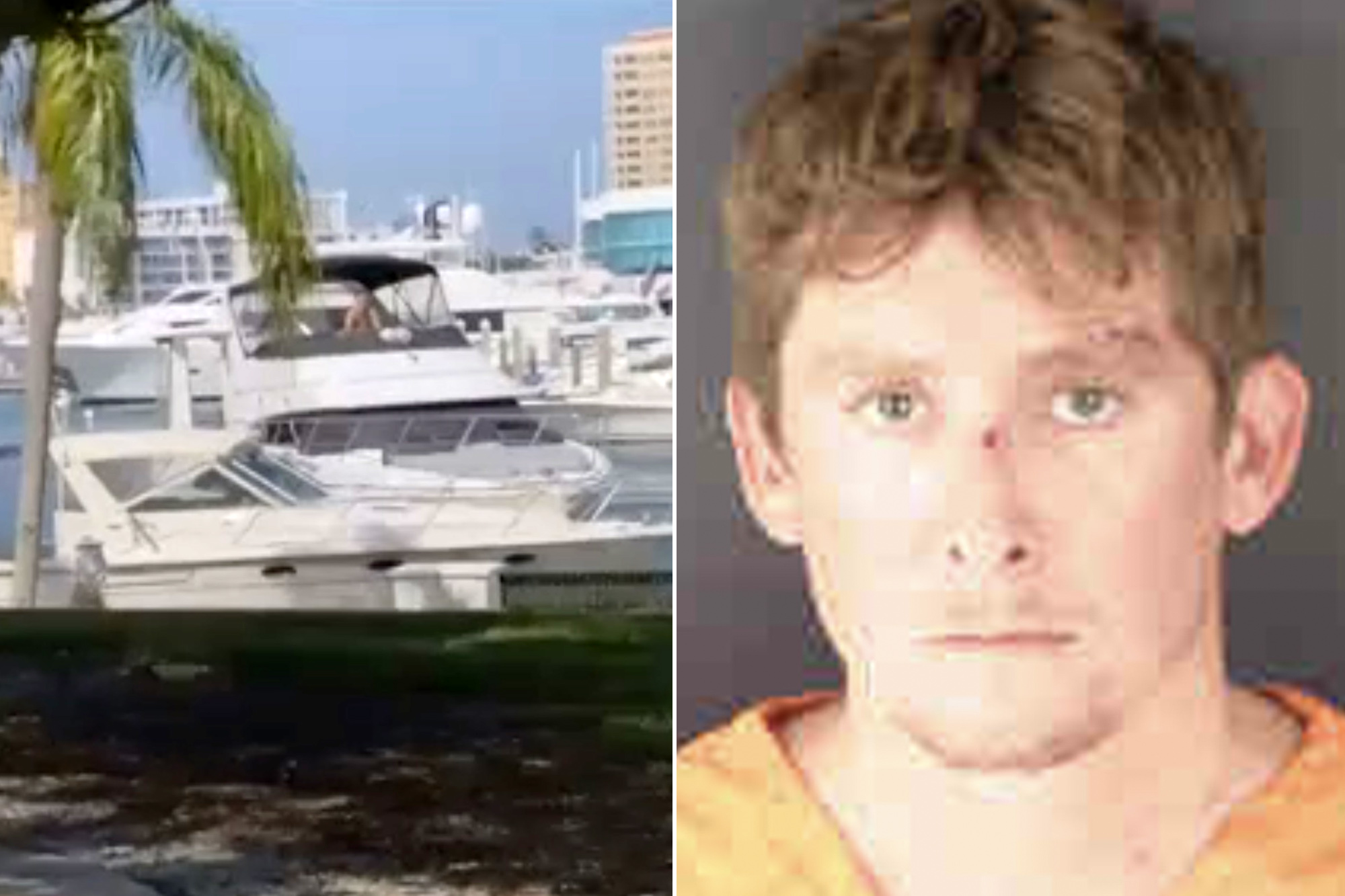 His yacht was a weapon of mast destruction.

A drunken Florida man who was trying to dock his 40-foot boat at a Sarasota marine pulled a “whiskey throttle” instead, sending the luxury craft crashing into several other vessels, the Herald-Tribune reported.

Brendan Corey Sheridan, 32, was wearing a “disarranged” T-shirt, shorts and sandals as he placed his hands behind his back and refused field sobriety tests by a marine patrol officer, the arrest report states.

He said he was trying to dock but caught a wind that blew him into other boats on Saturday – but police said the amount of damage was inconsistent with getting blown into another boat.

Michaela Jean Larson, 46, who lives near Sheridan and was a passenger on the ill-fated yacht, told police she was going to help him tie the boat off but noticed he was going to hit the dock and called out to him.

“Sheridan then just gassed the vessel hard,” she said, according to the report.

Sheridan was charged with four misdemeanor counts of boating under the influence with property damage and released on $2,000 bail.

His two Breathalyzer tests registered 0.185 and 0.180 percent – more than 2.3 times the level at which a person is considered impaired.

Over 300 detained in Belarus during anti-government protests

KYIV, Ukraine — A human rights group in Belarus says over 300 people have been detained during Sunday protests against the country’s authoritarian...
Read more
News

No signs of foul play were found in the death of a British teen found near a Malaysian jungle resort — though it...
Read more
News

A throng of angry protesters descended on the home of Los Angeles County’s public health director ahead of new COVID-19 restrictions, slamming her...
Read more

Coronavirus can enter the BRAIN via the nose

The coronavirus can reach the human brain after being inhaled through a person's nose and getting stuck in their nasal mucus, a study...
Read more

President Donald Trump said Monday that he is fighting his increasingly desperate effort to remain in office by finding a way to overturn...
Read more

Ivanka Trump, 39, is known for her stylish wardrobe and her love for designer brands. Recently, she has been seen re-wearing outfits, like...
Read more
Load more

Coronavirus can enter the BRAIN via the nose

Donald Trump tries to whip up his base claiming 'I'm NOT...