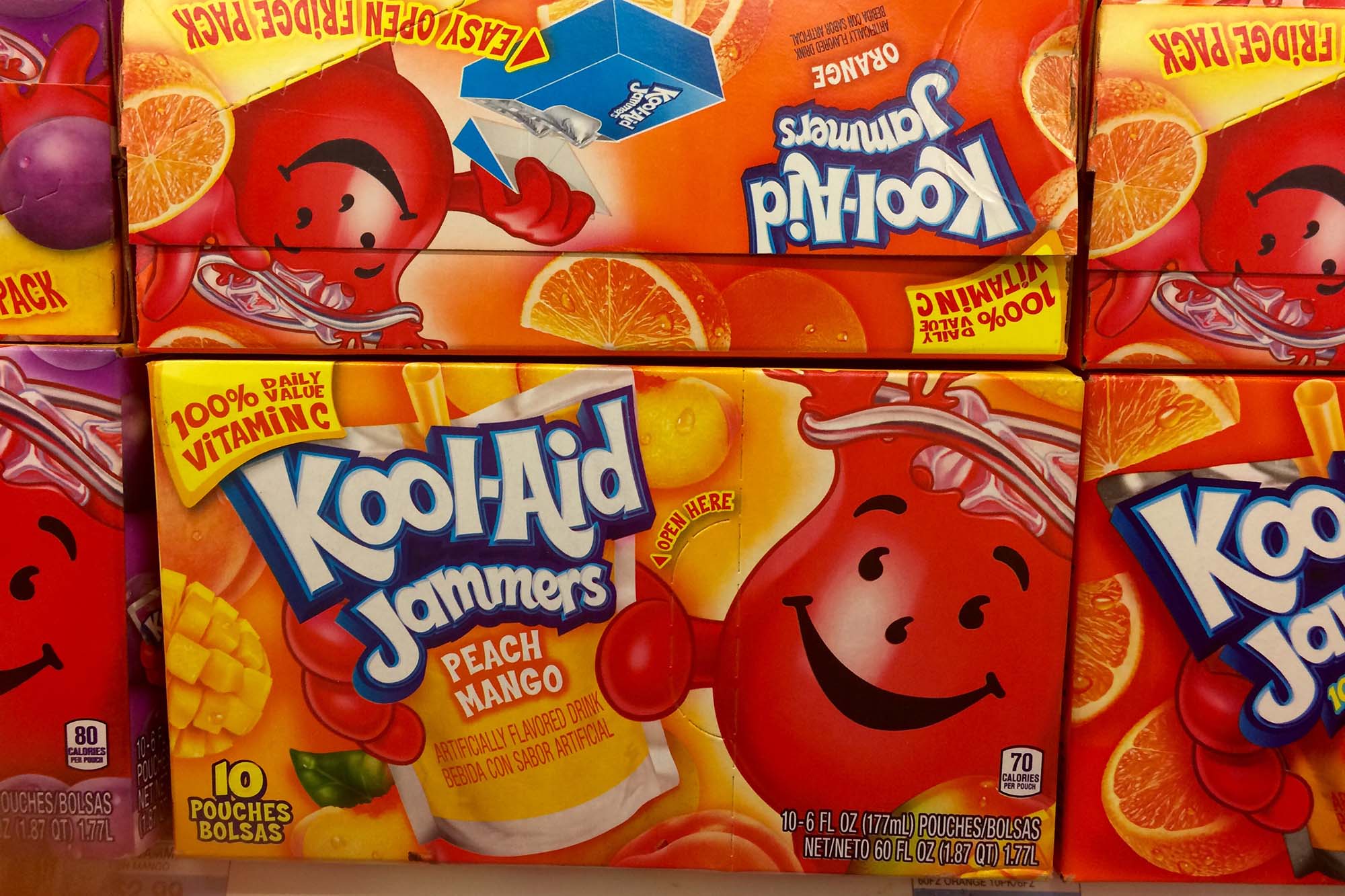 A not-sneaky-enough Florida thief was busted walking out of a Walmart with $1,000 in stolen merch — after pretending to ring it up at a self-checkout by repeatedly scanning a 24-cent Kool-Aid packet he’d palmed, local authorities said.

Bradley D. Young, 37, was inside the store’s North Naples location Sunday evening when he scanned the Kool-Aid packets and some other small items totaling $24.44 — for merchandise actually valued at $994.13 — catching the attention of a store loss prevention officer, the Collier County Sheriff’s Office said.

The officer told deputies she recognized Young from an August shoplifting attempt — so she followed him around the store, according to police.

Young allegedly also removed two items — a soda and a fan — from a shelf and brought them to customer service where he received a $9.48 refund after showing a cell phone photo of a receipt.

He walked out of the store with a cart-full of unpaid items, including a scooter valued at $248, a dual navigation system for nearly $120 and $160 worth of batteries, authorities said.

Deputies arrived on scene and took him into custody. He was charged with grand theft and shoplifting, police said.

Young, of North Naples, is a convicted felon out of Ohio, authorities said, citing records.

An Alaskan teenager is being accused of shooting four relatives on Monday — just a week after being released from jail on charges...
Read more
News

America’s three most recent former presidents have reportedly all said they would publicly take a COVID-19 vaccine once one is approved to help...
Read more

It was an exciting day for royal fans, as William and Kate announed their engagement at Buckingham Palace. All eyes were on Kate's...
Read more

Prostate cancer: Persistent back pain could be a warning sign of the disease

Most symptoms of prostate cancer are similar to the signs of an enlarged prostate - a very common occurrence in older age. However,...
Read more

The Queen was 'more concerned about blood on her bed sheets than her own safety' when intruder Michael Fagan broke into her Buckingham...
Read more

Prostate cancer: Persistent back pain could be a warning sign of...

The Queen was most 'concerned about blood on her bed sheets' when...