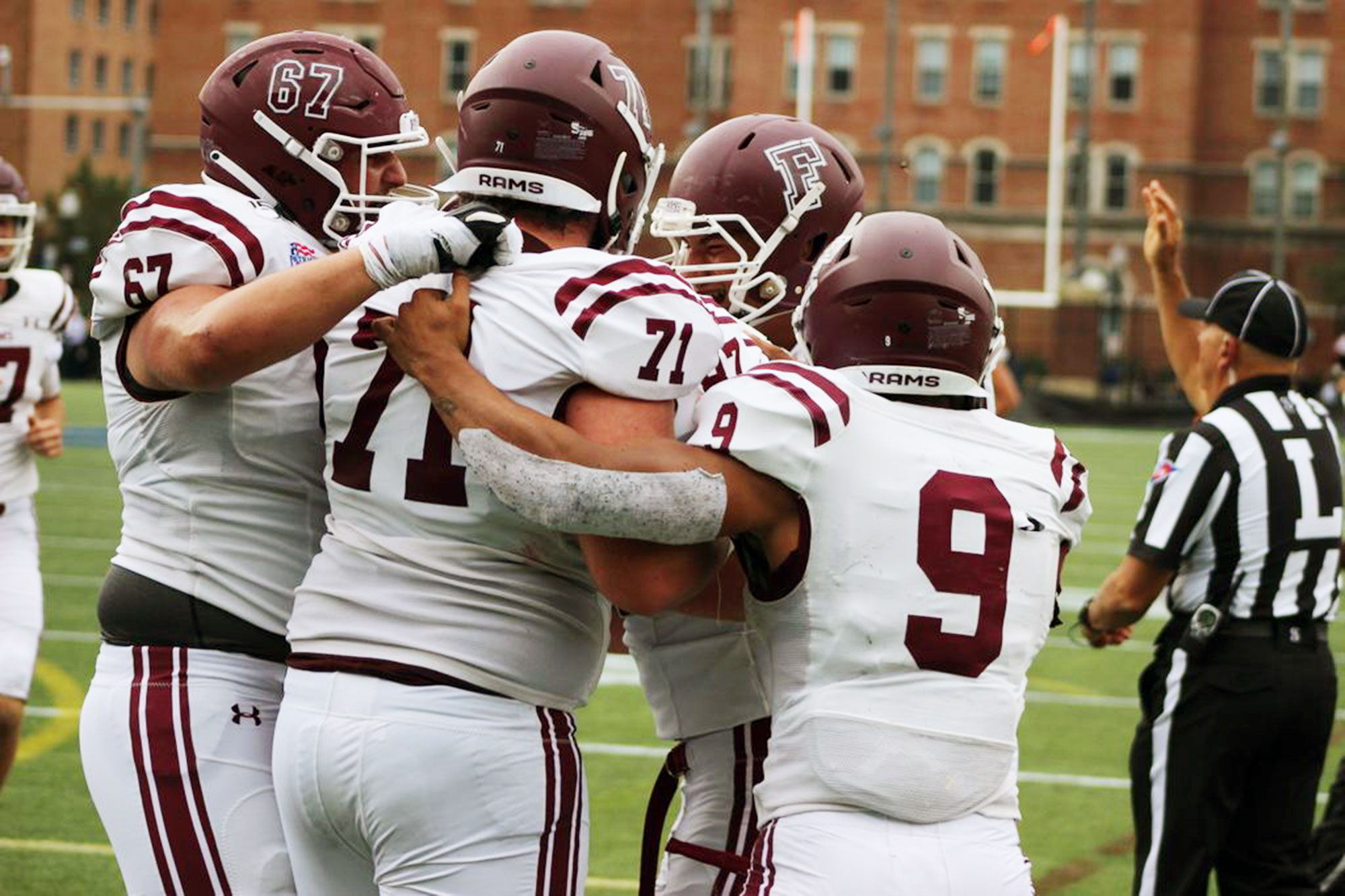 The day before the Ivy League was expected to announce it will be moving football to the spring, Fordham canceled its first three football games, a move in line with guidelines imposed by the Patriot League, the school announced Tuesday.

The canceled games are home contests against Stony Brook on Aug. 29, Bryant on Sept. 5 and a trip to Hawaii on Sept. 12. The Rams are hoping to add a game for their scheduled bye week on Oct. 24.

The Patriot League has set guidelines for the fall sports calendar that includes no flying for games, which is why the Hawaii game was canceled, and student athletes can only return to campus when other students do. Since Fordham students aren’t slated to return to campus until Aug. 17, and six weeks is needed for training camp, the two home games were called off. Fordham will now open its season at Monmouth on Sept. 26.

“I’m disappointed for our student-athletes, coaches, staff, and fans that we had to cancel the first three games of the season, but the health and well-being of our student-athletes is our number one priority,” Fordham interim athletic director Ed Kull said in a statement. “When we return to campus, we will follow all guidelines and precautions mandated by the NCAA, the Patriot League, and the University to protect all involved in our program and department.

“We will continue to monitor the evolving situation and work closely with the University Reopening Group, Fordham Athletics Pandemic Committee and the Patriot League to aid in the modification of our strategic plan to allow our student athletes to come back to campus in the safest way.”

While a handful of Division III programs have canceled football, no Division I school has yet. The Ivy League, though, could be the first on Wednesday when it announces what it plans to do with fall sports.

There have been rumblings the Patriot League could follow the Ivy League if it does push football, along with other fall sports, into the spring. A source told The Post a meeting of Patriot League presidents and athletic directors is scheduled for Friday, when the fall-sports plan will be further discussed.

Damian Lillard dunks on Skip Bayless after rip job: ‘You a joke’