Forget about birds and bees, scientists prove SOAP BUBBLES can be used to pollinate fruit trees, which could help compensate for the dramatic declines in global bee populations

Scientists in Japan have found they can pollinate fruit trees using soap bubbles coated in pollen.

A team of researchers from the Japan Advanced Institute of Science and Technology, led by Eijiro Miyako, created a soapy solution that can be blended with up to 2,000 pollen grains per bubble and blown out of a plastic gun or dropped from above via drone.

The team used the bubbles to pollinate pear trees in a small test orchard, and had a 95% success rate, about the same as manually pollinating the plants with a brush. 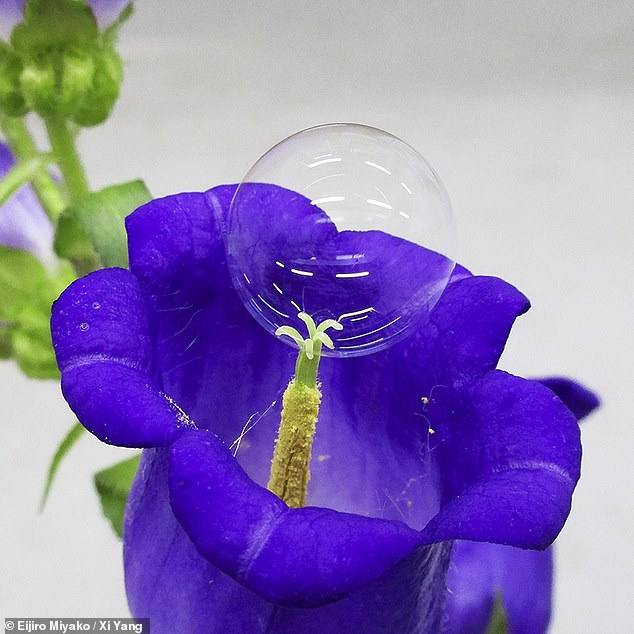 ‘Some might dismiss this as something of a fantasy, but the soap bubble is effective for pollination,’ Miyako said in an interview with the BBC.

‘I was probably the only person on the planet to believe this when I started the “playful” work. Maybe I still am now.”

The idea came to Miyako one day while he was playing with his young son, who was accidentally hit in the face by one of the soap bubbles they had been blowing.

‘There was no damage because soap bubbles are soft, light, and flexible,’ Miyako recalled.

‘But I got an inspiration because I thought the bubbles won’t damage the flowers and would be an ideal material for pollination.’ 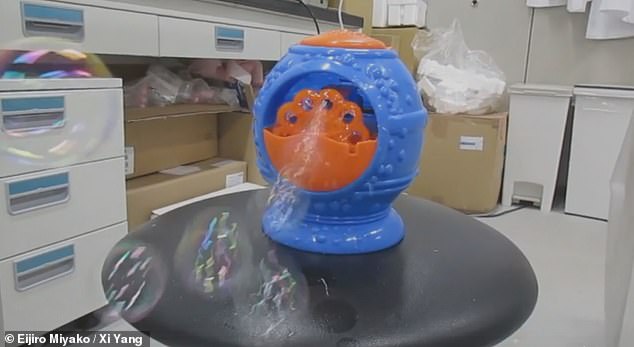 Researcher Eijiro Miyako got the idea after watching his son react to being hit with a soap bubble, which left him impressed with their gentle and flexible nature 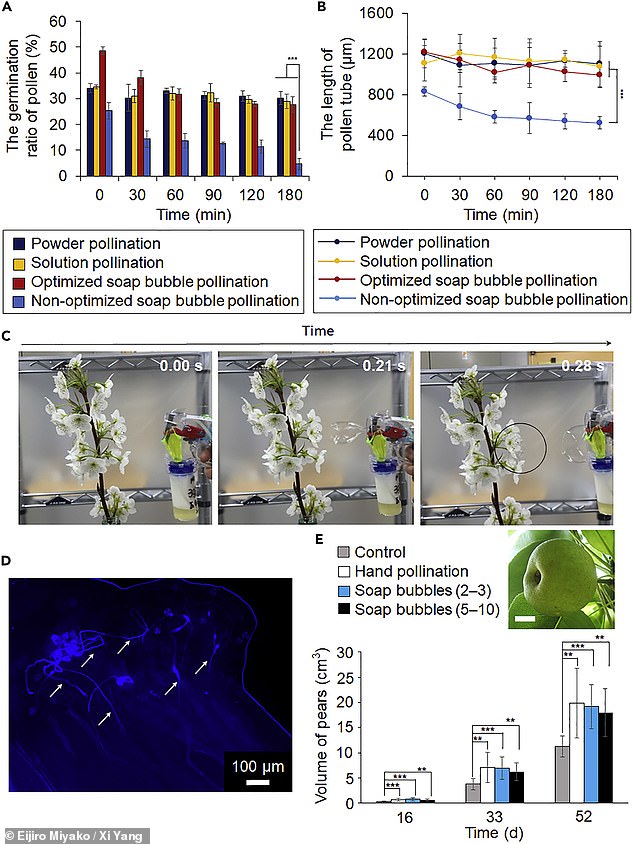 The team found the soap bubbles had a 95% success rate when used to pollinate pear trees in a small test orchard, about the same as the manual brush-based pollination many commercial orchards currently use

Miyako went to the lab and tested whether pollen grains would actually stick to the soap bubbles, and then worked on creating a solution that wouldn’t be toxic to plants but would have enough surface tension to form bubbles.

He settled on a solution with a 0.4% concentration of lauramidopropyl betaine, a disinfectant that’s common in many baby shampoo.

Miyako says the solution is so non-toxic it’s even safe for humans to drink. 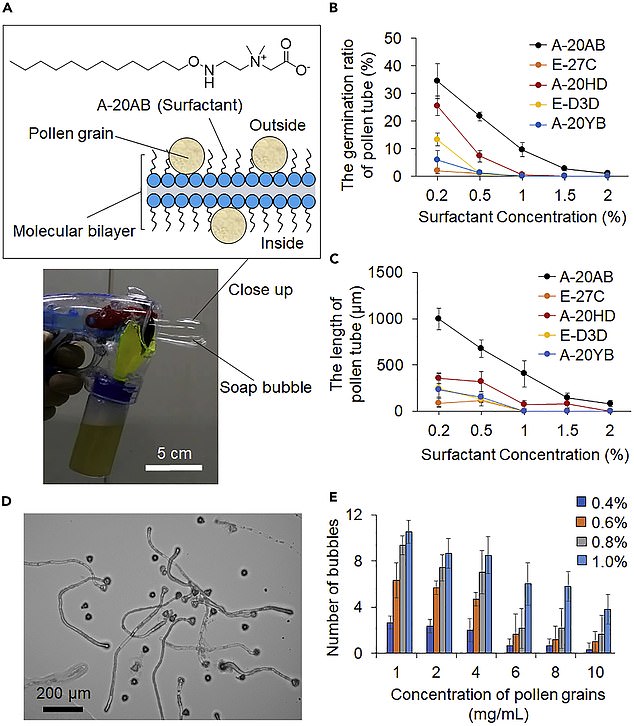 Miyako created a custom soap solution to ensure the bubbles wouldn’t damage the plants as they burst on them, and claims it’s safe enough for humans to drink

Miyako and his team had the highest success pollinating plants with a handheld bubble gun, but a test drone they’ve built was also highly effective, with a pollination rate of 90%.

The team is currently working on designing a more capable navigation system for the drone so it can remain effective in heavy winds, rain, and negotiate misshapen branches and other environmental obstacles. 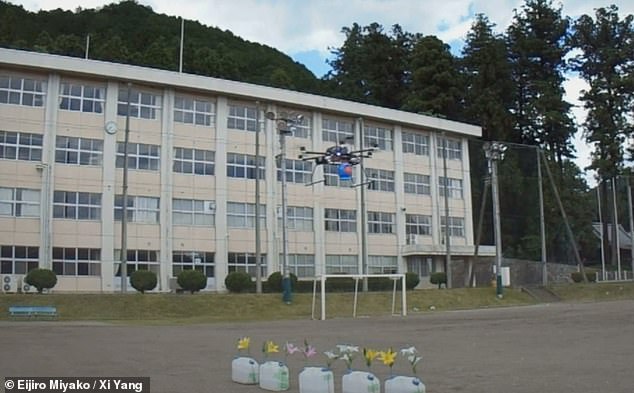 The team also showed drone distribution of the bubbles had a 90% success rate, and are currently developing more advanced navigation options to help the drones deal with heavy wind and rain

Some scientists are worried that alternative pollination techniques might ultimately worsen the bee crisis by normalizing the structural conditions that have contributed to it.

Dave Goulson of University of Sussex worried that artificial pollination might encourage farms to use even more pesticides, one of the factors that’s harmed bee populations.

‘It concerns me that our response to the pollination crisis is to find ways to do without pollinators, rather than investing our efforts in looking after our environment better,’ Goulson told the New York Times.

WHAT IS THE HONEYBEE CRISIS?

Honeybees, both domestic and wild, are responsible for around 80 per cent of worldwide pollination, according to Greenpeace.

But bee colony collapses across the globe are threatening their vital work.

Bees are dying from a combination of pesticides, habitat destruction, drought, nutrition deficit, global warming and air pollution among other factors.

The global bee crisis can potentially be solved if dangerous pesticides are eliminated, wild habitats are preserved and ecological agriculture is restored, according to Greenpeace (file photo)

Greenpeace has reported: ‘The bottom line is that we know humans are largely responsible for the two most prominent causes: Pesticides and habitat loss.’

This is important for a number of reasons, chief among them the amount of work bees put into our food production.

Greenpeace has suggested the following solutions to the problem:

Simple hair test 'could tell women how many eggs they have...