A 350-million-year-old fossil of a fern-like plant that lived before dinosaurs and mammals stalked the Earth has been identified as a new species, 50 years after its discovery.

The ‘stick-like’ relic was unearthed from the banks of Manilla river, New South Wales, after heavy flooding in 1964, and collected by amateur geologist John Irving.

He gave it to the state’s geological survey, which left the fossil languishing in a drawer for decades before it was re-discovered by French geologists.

When these were compared to other fossil plants from the same period, the Late Devonian, scientists realised they were looking at a new species, and even a new genus, that shared similarities with modern-day ferns and horsetails.

The find – christened Keraphyton mawsoniae – is particularly significant as fossils from the Late Devonian are extremely rare.

Keraphyton mawsoniae was only identified from its two-inch fossil after the tiny stem was cut open, revealing rows of perfectly preserved cell walls 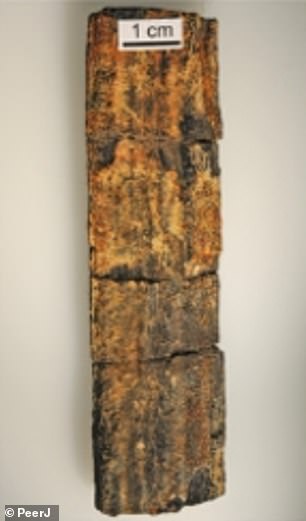 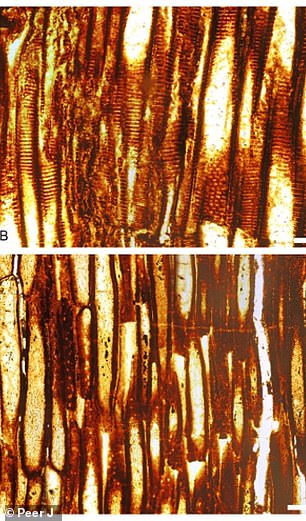 When the fossil (left) and its cells (right) were compared to other plants living at the same time, during the Late Devonian, scientists realised they were looking at a new species. Top right are the xylem cells, in the centre of the plant, and bottom right are the outer cortical cells which have progressively thicker walls 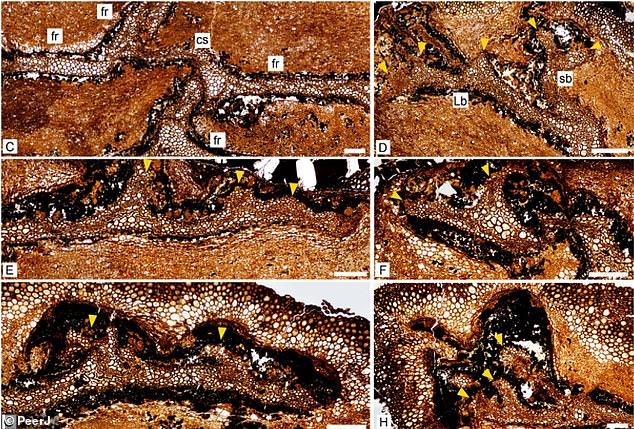 The cell walls inside the fossilised plant are pictured above. The ind had languished in a lab for more than 50 years before French geologists took a look

The ancient plant grew in the Barraba formation, Australia, when the island was part of the southern hemisphere super-continent Gondwana.

At this time, plants and animals were still working to colonise the land, but the oceans were already teeming with life.

‘It’s nothing much to look at – just a fossilised stick – but it’s far more interesting once we cut it and had a look inside,’ he said.

‘It is an extraordinary discovery, since such exquisetly preserved fossils from this period are extremely rare.

‘We named the genus Keraphyton (like the horn plant in Greek), and the species mawsoniae, in honour of our partner Professor Ruth Mawson, a distinguished Australian palaeontologist who died in 2019.’ 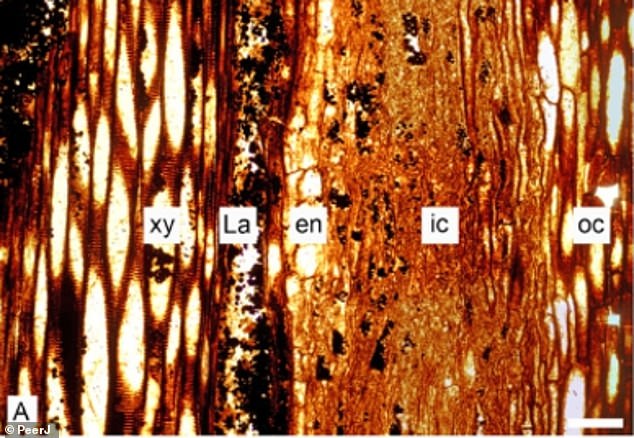 This diagram shows the 350-million-year-old cells. The xy cells are xylem tracheids, serving in the transport of water, while oc and ic points to the outer cells, which are near the cells at the surface. La are lacuna, a cavity in the plant, en are endodermis cells, stopping water passing to the outer layer and damaging the plant 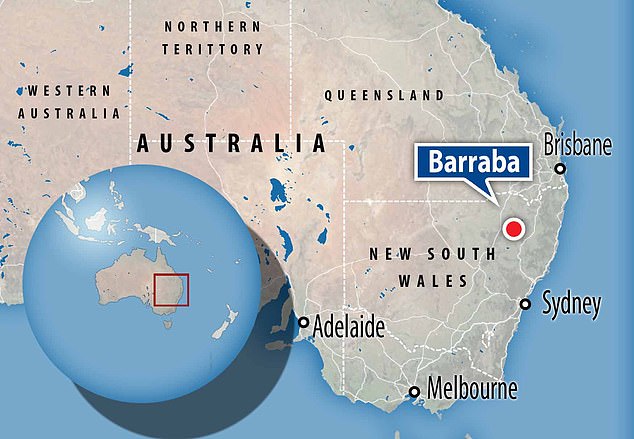 The fossil was found at the Manilla river in Barraba, New South Wales (shown above) 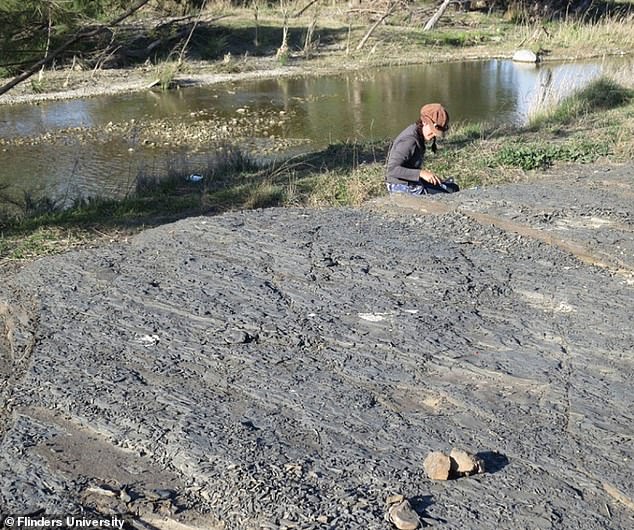 The plant is currently in France where it is being studied by Brigitte Meyer-Berthaud, an international expert in the first plants on Earth at the French laboratory of Botany and Modelling of Plant Architecture and Vegetation in Montpellier.

This laboratory is particularly interested in fossils from the Devonian-Carboniferous geological period, to build a more detailed understanding of plant evolution during this era.