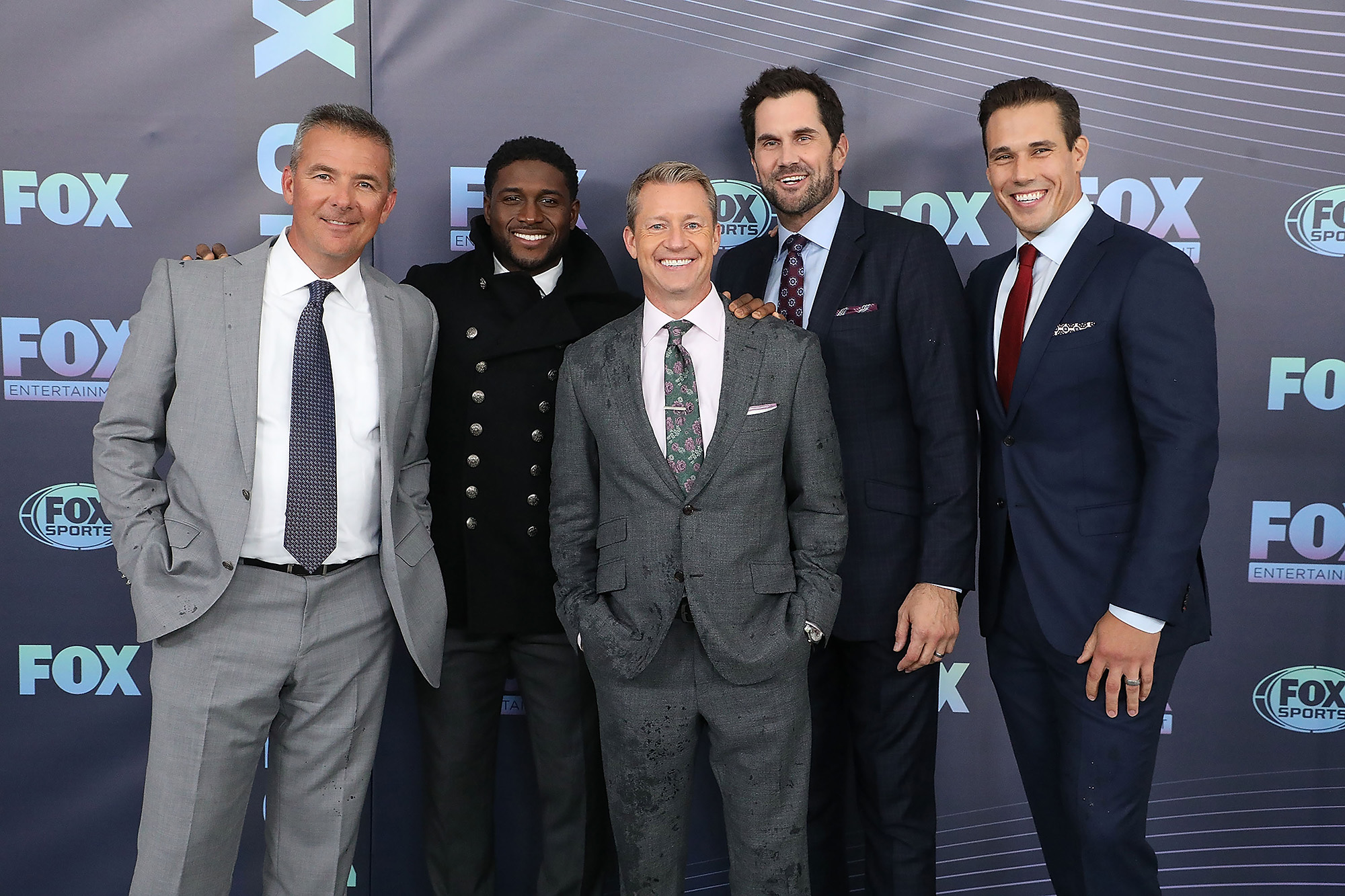 The Big Ten isn’t playing and the fall is in flux, but the budding college football pregame show rivalry will be ratcheted up a notch.

Fox Sports’ “Big Noon Kickoff” is expanding from one hour to two hours this season, The Post has learned. This will increase its competition with one of the all-time pregame shows, ESPN’s “College GameDay” — which runs from 9 a.m.-noon.

While “College GameDay” will announce soon how or if it will be on campuses, “Big Noon Kickoff” with Urban Meyer, Reggie Bush, Matt Leinart, Brady Quinn and Rob Stone will try to make further inroads.

Last year, ESPN and Fox fought about how to interpret the ratings for the two programs. While ESPN was the overall winner, the fact that Fox was in the conversation was a major victory for its rookie season.

Fox’s strategy to focus on the noon game window proved to be a success and finally gave it a strong, coordinated time slot that CBS has with the SEC in late afternoons, NBC possesses with Notre Dame and ESPN/ABC have had with its onslaught of coverage that leads into its prime-time lineup.

This year, Fox will have to compete without the help of Big Ten games to lead into and will instead rely on the Big 12.

Fox decision-makers decided at the end of last year that they should expand the show. Even with Big Ten not playing, it is going forward with its plan. Fox Sports also has rights to the Pac-12 and Mountain West, which also postponed their respective fall schedules.

While there will be no Michigan-Ohio State game, “Big Noon Kickoff” is expected to lead into the Red River Showdown, between Oklahoma and Texas on Oct. 10. Its first game of the season is expected to be Baylor versus Louisiana Tech on Sept. 12. It is the debut of Bears coach Dave Aranda.

“Big Noon Kickoff” will emanate from its Los Angeles studios and is unlikely to go on the road, as it did last year. Since there should be plenty of news insider Bruce Feldman will likely have a bigger role on the program. Last season, Feldman was on the road, where he worked the sidelines during games.