Home Sport Francisco Trincao reveals what it's like to play alongside Lionel Messi AND...
Sport

‘They are two completely different aliens’: Francisco Trincao reveals what it’s like to play alongside Lionel Messi AND Cristiano Ronaldo… but Barca youngster refuses to pick between ‘two of the best players in history’

Barcelona winger Francisco Trincao has revealed what it is like to line-up alongside both Lionel Messi and Cristiano Ronaldo.

Trincao has become one of a select few to feature alongside both players after he joined LaLiga giants Barcelona this summer and broke into the Portuguese national side.

Trincao signed for Barcelona in a five-year deal – costing £26m – in July, before earning his international debut against Spain in October. 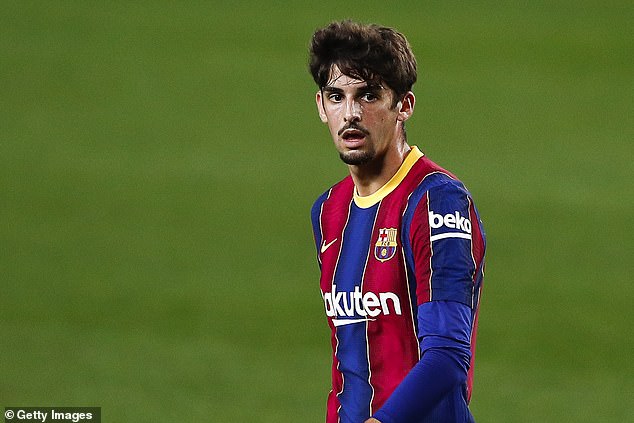 Despite being the two most notorious footballers in the world, Trincao claims Messi and Ronaldo are team players.

He says the pair are ‘great leaders’ that ‘always want to win’, but also claims they recognise the importance of teamwork.

He told Mundo Deportivo: ‘The best thing [about them] is that they always want to win. I think they are great leaders and really help their teammates.’

During the interview, Trincao also shared his opinion on Messi’ future at Barcelona. He said: ‘I think [he’ll stay].

‘I see Leo calm in the dressing room and always wanting to train, and I think we’ll enjoy Leo for a long time at Barca.’ 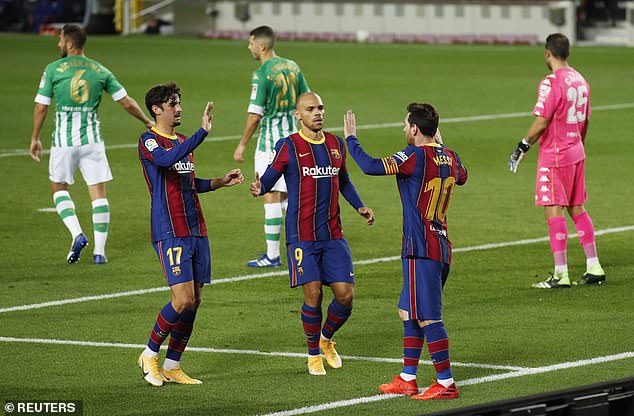 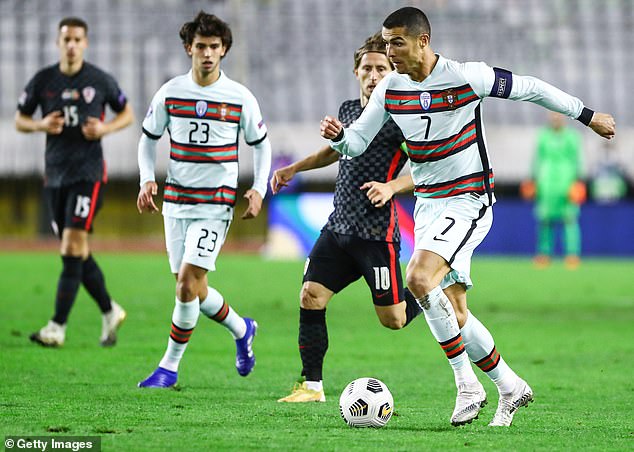 The Barca youngster refused to pick between ‘two of the best players in history’ when asked which team-mate he favoured.

‘They are two completely different aliens,’ he said.

‘Among the two best players in history. As a southpaw, I love Messi, but Cristiano is my compatriot, an animal, a phenomenon, and it would be unfair for me to say who is best.’

Trincao admitted that he would have liked to see Messi join Ronaldo at Juventus, should he have succeeded in his attempt to leave Barcelona.

He said: ‘As a football lover, when the faxing mess happened, I hoped he would go to Juventus so we could see the two of them together.’

‘But for me,’ he continued, ‘Messi’s place is where he is and where he has to end up is in this huge club, Barca.’