Frank Lampard insists he knows exactly how to shore up Chelsea’s leaky defence after conceding another three goals at the weekend.

Chelsea have shipped 63 goals in boss Lampard’s 43 matches at the Stamford Bridge helm – the worst return of any Blues manager.

Lampard admitted he knows all about that unwanted statistic, but also pointed out a contrary ratio of his own to underscore just where the Blues must tighten up. 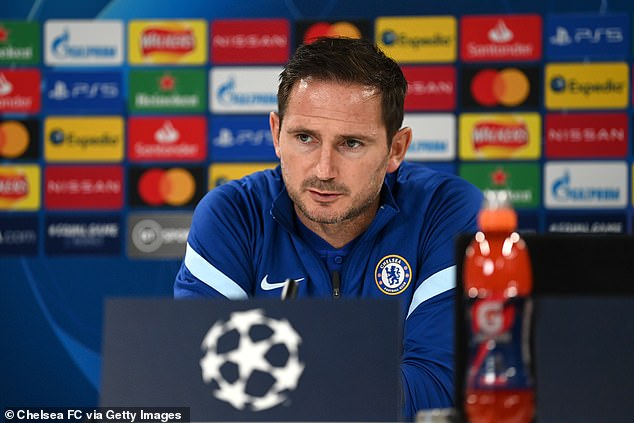 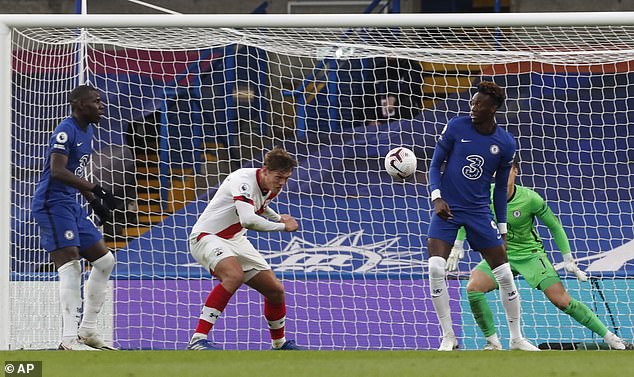 ‘In terms of the goals conceded, I am aware of that stat – but the other stat is that since I’ve been here we’ve conceded the second-least shots in the Premier League, I think behind Manchester City,’ said Lampard.

‘That helps sometimes narrow down some of the issues, and the issues are that we don’t concede many shots on our goal, but when we do, we concede goals.

‘And it’s something we’re aware of, and we’re aware of when you look at recruitment, but, more importantly than that, when you work every day on the pitch with the players to make sure that when we hopefully set up well we don’t concede many chances.

‘But the chances we do concede we let in too many, and that’s something we work on specifically.

‘And of course we want to concede fewer goals, as all teams do at the moment. Teams are conceding a lot of goals in the Premier League, and we’re all in a similar position to a degree with that at the moment. But it will always be something we work on as much as we do our attacking play.

‘I wouldn’t say my DNA is to be a natural attacking manager; every manager wants to build a balanced team and one that can be strong in both defence and attack.

‘We’re working hard defensively and we’re always trying to improve on that. The main thing particularly for ourselves is that there has been a lack of preparation which if you’re working with new players or small changes, that takes time. And hopefully that will keep improving now.’

Lampard wound up frustrated with his players’ inability to see out the win in Saturday’s draw with Saints, criticising his side’s lack of control.

The Blues boss insisted that teething problems should still be expected, given the lack of pre-season and the influx of new signings.

‘I keep talking about the need for work and how things can take time, and again now we’re playing with new players coming into the squad and coming into the first team,’ said Lampard.

‘So I think it’s very understandable at this stage of the season to have moments in games where I talk about game management and the need to maybe go longer and mix our game up.

‘It’s something that obviously has to be worked on with time, and things like Southampton at the weekend are unfortunately lessons to be learned in real-time, because we haven’t had so much time with the players so far this season, and that will come.

‘And we need to make sure those lessons are learned very quickly, and the players will be made very aware of that.

‘I’m not sure whenever you would say you’re satisfied with anything in this sport, in this game of football, you’re always searching for improvements.

‘So there’s never going to be a line where I draw and go, ‘there you are, we’re happy with that’ in terms of preparation, because that would be the start of the downfall.

‘In terms of how I communicate with the players, there’s no way I talk about anything but the need to work and improve daily, so every training session, every meeting we have, to get better. And those are the rules of football.

‘The clear fact is here where you normally have one month or so of pre-season and we haven’t had that. Nor have other teams, and maybe that’s a factor in the results we’re seeing, but we have to concern ourselves least with that.

‘There’s nothing given to you in the Premier League or Champions League, and all we have to do is carry on working to get relationships around the pitch, get players fit, which has obviously been an issue for us, stay calm and keep working.’