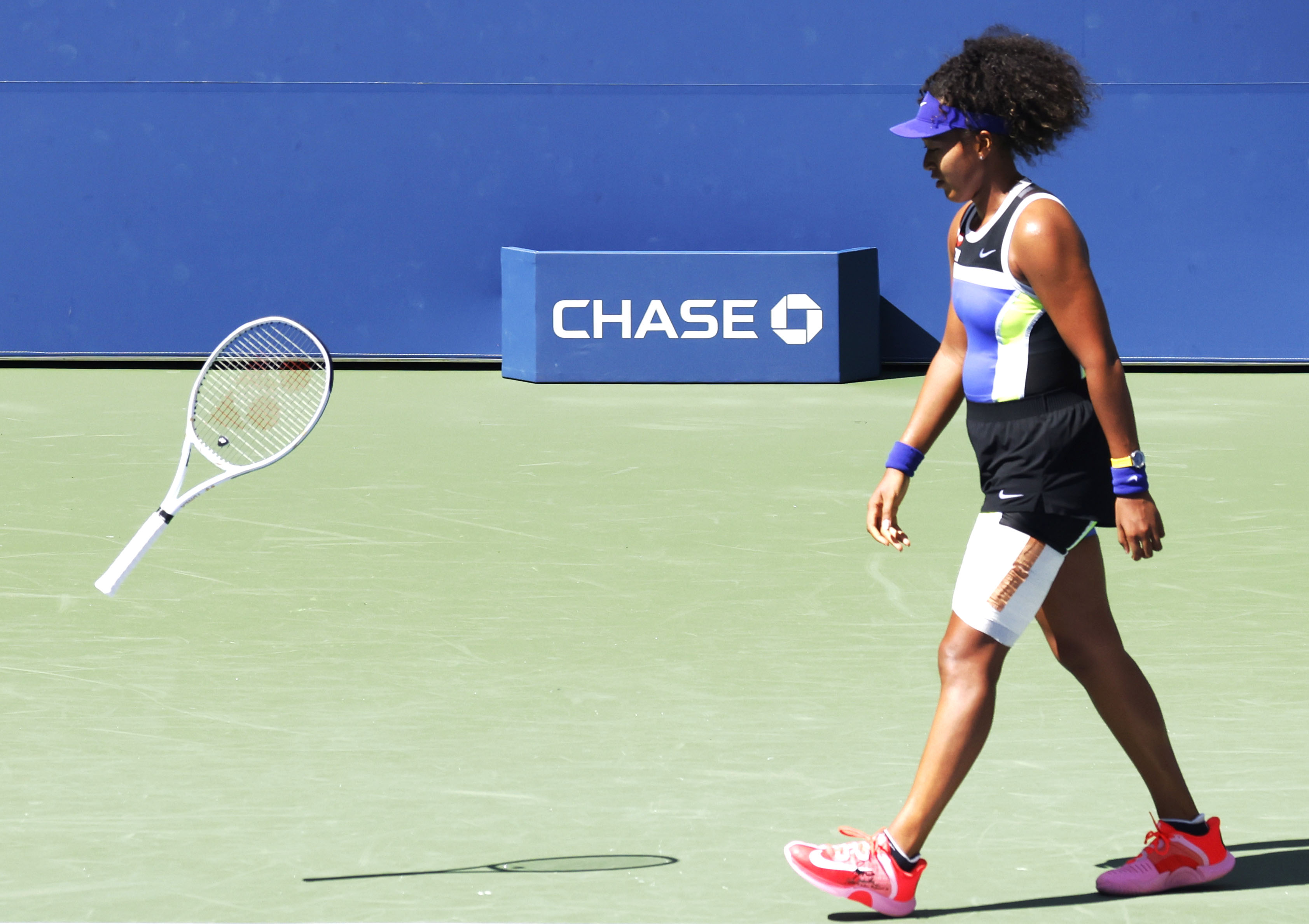 Naomi Osaka threw her racket after losing a second-set tiebreak, and almost threw way her out of the U.S. Open in the third game of the deciding third set.

She gathered herself, survived five break points in the third set and pummeled Marta Kostyuk, the sparky 18-year-old from Ukraine, 6-3, 6-7, 6-2, to reach the Round of 16.

Despite winning the match’s final five games, it was a two-hour, 33-minute struggle for Osaka, who has gained headlines in Flushing for her tennis and social protesting.

“While I was playing, honestly, I was just cursing myself out, so you wouldn’t want to know what I was saying,” Osaka said.

As Osaka, the 2018 Open champion, sat in a chair during the second and third sets, she planted a towel over her head. She said she believes she played too tentatively. Kostyuk hit an incredible reflex volley off an Osaka bullet on a short ball to win the tiebreak and tick off the heavy favorite.

“If I simplified it, what I was thinking was I have a really good opportunity to do well in this tournament, and I’m aware that all the matches that I’m going to play is going to be very difficult,’’ Osaka said. “So I just need to, like, reel in my emotions and fight as hard as I can for this third set.”

Osaka is emotional on court, but usually refrains from throwing rackets.

“I would say the thing that made me most displeased was probably the decisions that I was making and the fact that I started becoming way too passive and hoping that she would make an unforced error,’’ Osaka said.

After she bailed herself out, trailing 2-1 and staving off a series of break points, Osaka rolled. She finished the match by winning 18 of the final 21 points.

After stoking the Black Lives Matter movement last week in Flushing by threatening to forfeit her semifinal at the Western Southern Open, Osaka took the court Friday wearing a mask of Ahmaud Arbery, a Georgia police-shooting victim.

“I think the responses that meant the most to me are probably people saying thank you,’’ said Osaka, who gets to continue to give a jolt to the BLM movement when she plays Sunday. “It always takes me by surprise because I don’t know if I feel like I’m doing anything. But people say thank you and I’m proud of you, and for me that’s something that’s really touching to my heart.”

American women Catherine McNally and Jen Brady posted solid wins to move into the third round. McNally won a third-set tiebreaker to beat 21st-seeded Ekaterina Alexandrova of Russia, then later played doubles with Coco Gauff. Brady, who is the 28th seed, took out France’s Caroline Garcia 6-3, 6-3.

Listen to Episode 38 of ‘Gang’s All Here’: Jets Are Worst Team in NFL feat. Brandon Tierney