‘You talk about Raheem Sterling regularly, we talk about Sadio Mane and Mo Salah at Liverpool – he’s up there with them:’ Gary Neville hails Son Heung-min, insisting the Tottenham forward is just SO underrated

Gary Neville has hailed Tottenham Hotspur star Son Heung-min as ‘so underrated’, with the Sky Sports pundit insisting the forward must be held in the same regard to Raheem Sterling and Mo Salah.

The South Korean has got his campaign off to a flying start, with his winner against Burnley on Monday night taking his tally to nine goals and four assists in eight outings.

The 28-year-old has struck up a formidable strike partnership with Harry Kane, as Jose Mourinho’s side look to climb the Premier League table after an altogether disappointing 2019-20 season. 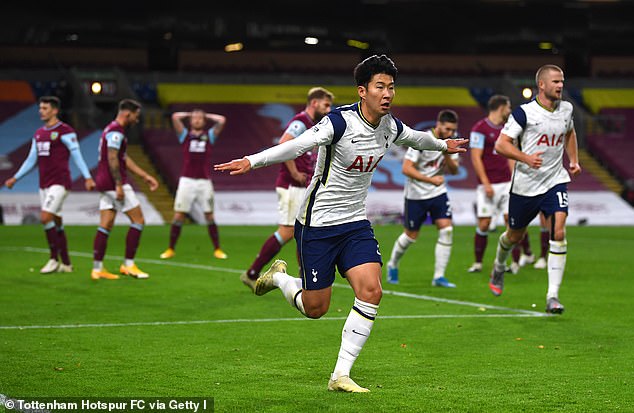 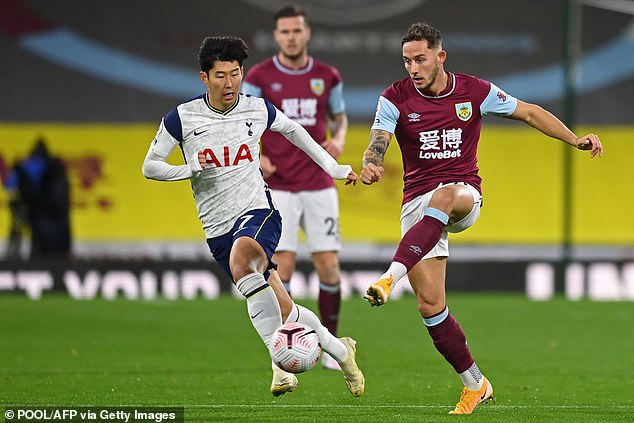 And Neville has heaped praise on the livewire forward, claiming that it is high time the Spurs attacker is acclaimed in the same manner as some of the top flight’s best.

‘I think Son is so understated and he doesn’t get the glitz of some of the other top players in the league,’ Neville said on Monday Night Football.

‘He is an absolutely amazing player Son, he is a brilliant player. It’d be a nightmare to play against him he makes all the right runs.

‘You talk about Sterling regularly, we talk about Mane and Salah at Liverpool, he’s right there with them. If he was at Liverpool or City he’d be doing what those lads are doing.’ 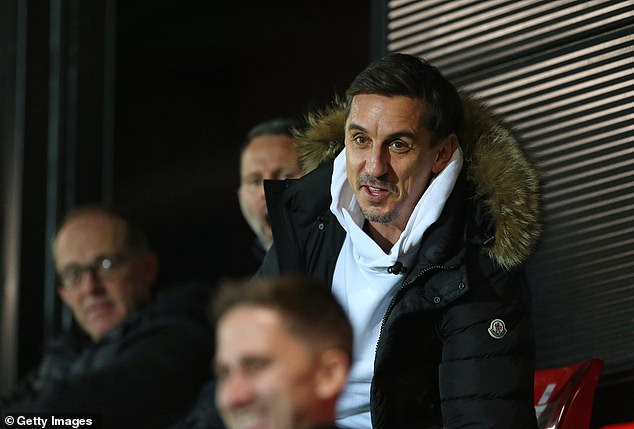 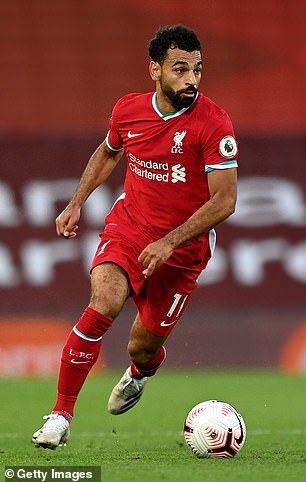 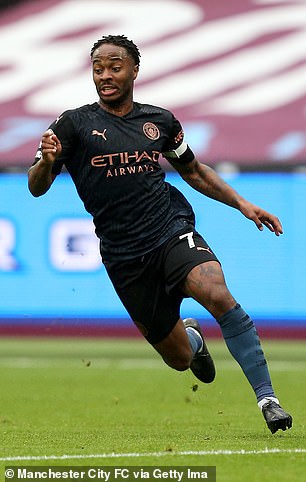 ‘If Sterling or Mane left one of those clubs you’d think Son would be one of the first players Pep Guardiola or Jurgen Klopp would go for,’ the former defender said.

Tottenham are looking to secure the long-term future of the South Korean, with club chiefs keen to offer Son improved terms on his current £150,000-per-week deal, which expires in 2023.

‘I would love that,’ said Mourinho. ‘Son has three years of contract so it’s not like we’re in an extreme situation of everybody being worried.

‘It’s more that Son loves it here, I believe that he would like to commit his future to the club for a long time.

‘Everybody at the club is totally in love with this player and this boy and is trying also to make him feel part of the furniture.

‘It’s normal the club tries to go from three years to four or five or six, I don’t know.

‘He deserves one, and the club knows that sooner or later without any pressure they will arrive into a decision.’

US Fertility, one of the largest networks for fertility clinics in the country, said hackers gained patient information — including names, addresses and...
Read more

Martin continued: "Under 18s, full-time students and people with a severe mental impairment ."If the household is only made up of those individuals,...
Read more

The Beatles singer-songwriter died nearly 40 years ago after he was gunned down by Mark Chapman outside his New York apartment. His legacy...
Read more

Data breach impacts patient information at one of the largest US...

John Lennon's 'mother' confessed she 'always knew what he was up...