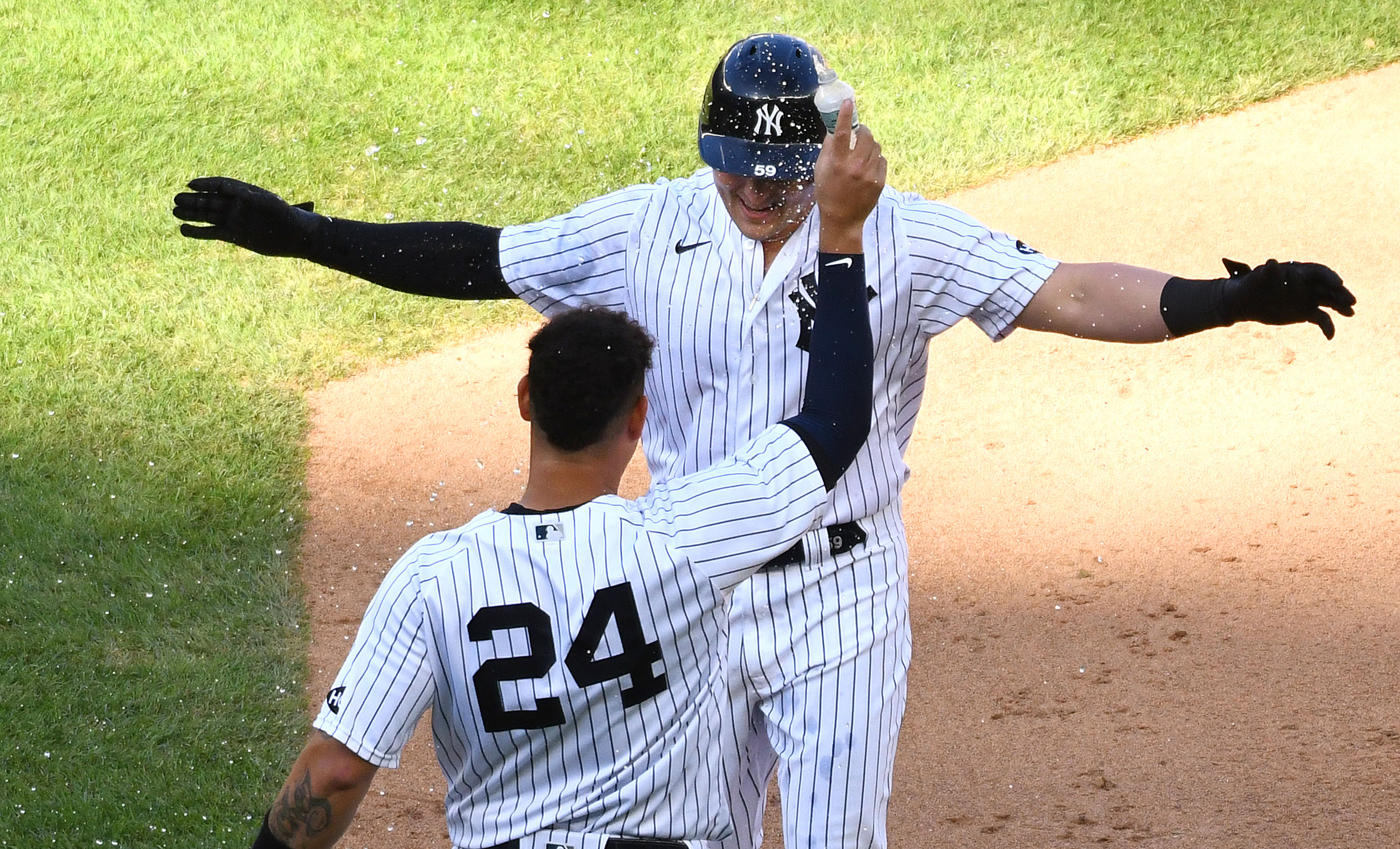 When your starting catcher enters a game hitting .125, anything positive is accepted.

Though Gary Sanchez went 0-for-2 with runners in scoring position in the Yankees’ 2-1, 10-inning win over the Orioles on Saturday, there was a small indication he could be ready to improve.

Sanchez walked leading off the second and doubled with one out in the fourth. In the sixth he smoked a liner to left that was caught, which was easily his best at-bat of the day.

Slowly, the Yankees are getting healthy.

Third baseman Gio Urshela is likely to come off the injured list Tuesday. He has been out because of a bone spur in the right elbow. The plan also calls for Giancarlo Stanton and Aaron Judge to report to the alternate site in Scranton. And it is possible Jonathan Loaisiga comes off the IL Tuesday.

Though James Paxton might not make it back from a strained left forearm flexor, getting those players back gives Boone almost a full complement of players.

“Those are big names and impact players we are talking about. There is a chance those guys will be back real soon and that is exciting. In the meantime just excited to see us get rolling again and start playing better baseball,’’ Boone said. “But there is no question, those guys you are talking about and they are close definitely puts a smile on your face.’’

Stanton ran the bases before Saturday’s game against the Orioles, and according to Boone, the plan is for Judge and Stanton to report to the alternate site in Scranton, but no date has been cemented.

“At some point,’’ Boone said about the duo going to Scranton. “I don’t know if it’s [Saturday] or tomorrow or whenever.’’

Clint Frazier started a 15th straight game in the cleanup spot, and it paid off immediately when his fly ball to right field with one out in the first inning scored DJ LeMahieu from third for a 1-0 Yankees lead. Frazier finished 1-for-3 with a triple.

The Yankees are 17-7 at Yankee Stadium this season, making this the 29th straight winning season at home (since 1992). According to Elias Sports Bureau it is the majors’ longest current streak and the longest streak by any team since a major league-record 47-year streak for the Yankees from 1918-64.

Over their past eight games, Yankees starters have posted a 1.96 ERA, 55 strikeouts and have held opponents to two earned runs or fewer in each of those games.