By Emily Crane For Dailymail.com

Bodycam footage has captured the moment a recently trained Georgia school resource officer saved a choking newborn after spotting the baby’s parents swerving on the road as they rushed to the hospital.

Officer Zakia Williams was driving home from her shift in Gwinnett County, just outside Atlanta, last week when she spotted the SUV swerving across the road.

Williams said the male and female inside the car appeared to be distressed when she pulled up alongside them and wound down her window to ask if they were okay.

The officer, who only started on the job two weeks ago, said she noticed the baby girl in the front seat. 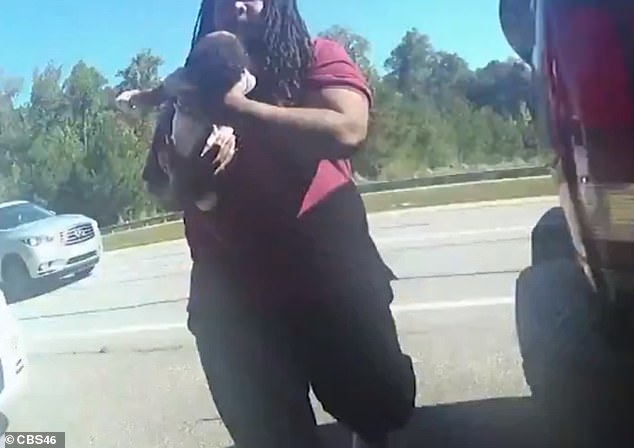 Bodycam footage from Officer Zakia Williams captured the moment she saved a choking newborn on the side of the road in Gwinnett County, Georgia last week

The parents, who haven’t been identified publicly, immediately started screaming that the three-week-old baby wasn’t breathing.

Williams said she made the couple pull over and then rushed over to help.

Her bodycam video captured her rushing over and repeatedly asking: ‘Where’s she at, where’s she at?’

She said she immediately felt relief when she heard the baby girl start to cry.

‘She took a big gasp, and she started crying. I was like, ‘She’s breathing’,’ Williams told CBS46. 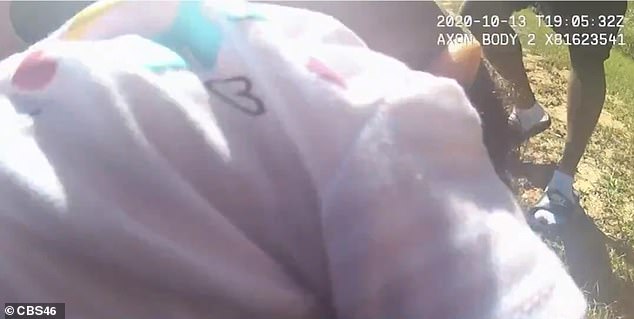 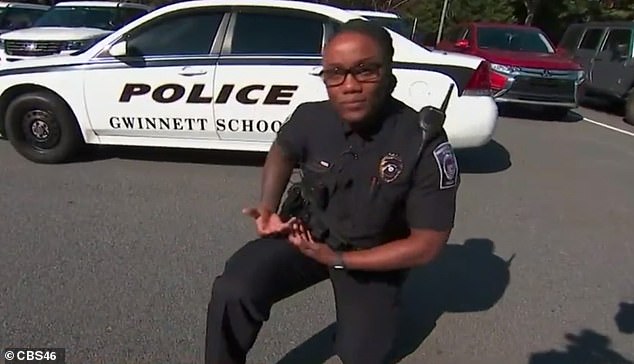 The family had been rushing to the hospital after the baby started choking while being fed at home.

The newborn was subsequently checked over in hospital before being released.

Williams had only been on the job as a school resource officer for Gwinnett County Public Schools for two weeks at the time of the incident.

She has seven years of prior law enforcement experience.

‘When I signed up for this job, I knew what it entailed,’ Williams said.

‘The main thing is to protect and serve the community, and I just felt like I was fulfilling part of my duty.’

Facebook
Twitter
Pinterest
WhatsApp
Previous articleBarcelona 5-1 Ferencvaros: Lionel Messi and Ansu Fati score but Gerard Pique is sent off
Next articleThe natural extract that led to a 34 percent increase in hairs on scalp within months

A Manhattan-based celebrity physician known as Instagram’s “hottest doctor” was caught partying maskless on a boat in Miami after months of stressing the...
Read more

Washington deputies fired 34 rounds in the fatal shooting of an armed suspect that sparked violent protests last month — so many that...
Read more
Load more

Baby monkey plays with his tiger friend while riding on the...