Home U.S Ghislaine Maxwell's 418-page deposition about her secret sex life must be made...
U.S

Ghislaine Maxwell's 418-page deposition about her secret sex life must be made PUBLIC,

A 418-page deposition in which Ghislaine Maxwell is interrogated about her sex life must be made public, a federal appeal court ruled today.

The panel of three judges said that the lower court ‘applied the correct legal framework’ in making its decision.

The ruling means that the document could be made public within days and comes after Maxwell’s attorneys fought tooth and nail to keep it private. 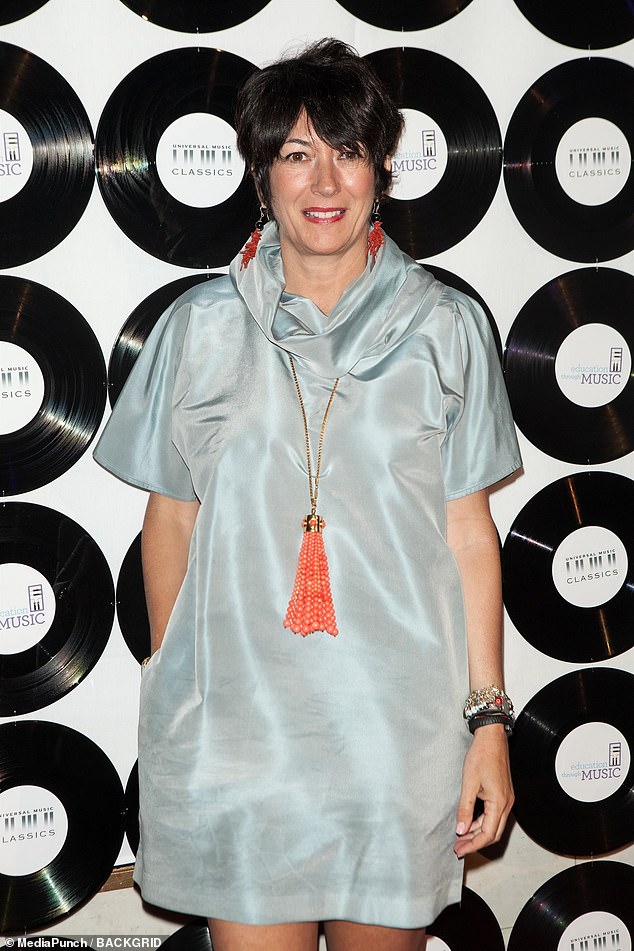 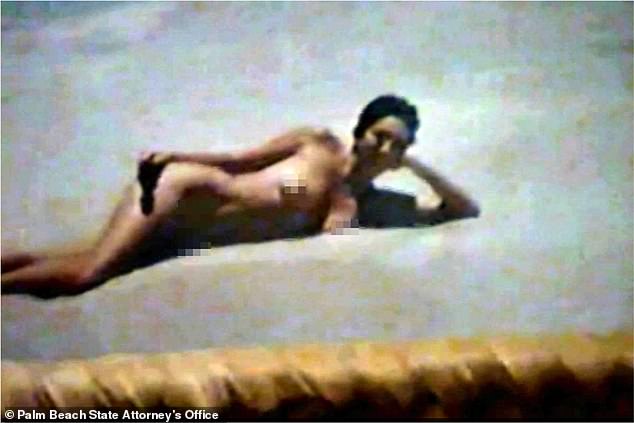 Maxwell’s lawyers have previously said the deposition concerns attempts to ‘compel Ms Maxwell to answer intrusive questions about her sex life’. An image of a topless Ghislaine was submitted as evidence

They have called the questioning ‘extremely personal, confidential and subject to considerable abuse by the media’.

Maxwell’s lawyers even said that releasing the deposition would prejudice her right to a fair trial.

Maxwell, 58, is currently in jail awaiting trial on charges that she lured girls as young as 14 to Jeffrey Epstein to abuse between 1994 and 1997.

In their ruling the judges said that ‘we cannot conclude that the district court abused its discretion in ordering the unsealing of the deposition materials’.

The ruling said: ‘The District Court correctly held that the deposition materials are judicial documents to which the presumption of public access attaches and did not abuse its discretion in rejecting Maxwell’s meritless arguments that her interests superseded the presumption of access.

The deposition is part of thousands of files that are gradually being made public as part of a defamation case brought against Maxwell by Virginia Roberts Giuffre. Giuffre is seen with Maxwell and Prince Andrew

‘The District Court’s order articulated and applied the correct legal framework in its individualized review of the materials to be unsealed’.

The deposition is part of thousands of files that are gradually being made public as part of a defamation case brought against Maxwell by Virginia Roberts Giuffre, which is separate from the criminal matter.

She is an Epstein victim who claims she was forced to have sex with Prince Andrew, allegations he denies, and that Maxwell groomed her.

Maxwell settled the defamation case in 2017 but media organizations applied to have the documents in the case made public and they are being released on a rolling basis.

Giuffre’s lawyer David Boies said he was ‘pleased’ with the judges’ decision.

He said: ‘It is an important step towards vindicating the public interest in understanding the scope and scale of Jeffrey Epstein’s sex trafficking ring and the efforts made to conceal it’.

Boies was one of the lawyers who took the deposition in 2016 which led to two perjury charges for which Maxwell is also accused.

The ruling is the latest legal setback against Maxwell, who was arrested in July and is seen by many of Epstein’s victims as his right hand woman.

During a hearing last week Maxwell’s attorney Adam Mueller said that the release of a document so central to one of prosecutors’ six charges in her criminal case could prejudice a jury.

Maxwell, 58, is being held at the Metropolitan Detention Center in Brooklyn as she awaits trial on sex trafficking charges

Mueller said: ‘Some of the questions we declined to answer but there were questions and answers given’.

He cited two parts of the deposition which he said showed there was ‘affirmative testimony about intimate matters’.

Mueller said: ‘There are cases where our client answers no to questions asking for intimate information and a denial of having engaged in certain intimate conduct is as revealing about intimate behavior as an admission to doing that conduct

‘It’s akin to a ‘when did you stop beating your wife’ type question and there are lots of examples of that throughout the deposition’.

Judge Cabranes asked: ‘Is it fair to say your client did not deny knowledge of any activity involving underage minors or did she?’

Mueller said: ‘I’m hesitant to answer the question only because at the moment the deposition is sealed. I can try to speak in generalities to avoid revealing something that is for the moment sealed’.

Maxwell, 58, is currently in jail awaiting trial on charges that she lured girls as young as 14 to Jeffrey Epstein to abuse between 1994 and 1997

The documents that have been released already have given crucial new insight into the Epstein case.

The first batch was unsealed last August and in them Giuffre named a slew of famous men who were allegedly involved in the abuse of girls by Epstien.

A second tranche of documents was made public in July this year and included an email sent from Maxwell to Epstein in January 2015 when Giuffre filed a bombshell affidavit detailing her allegations.

In the message Maxwell urged Epstein to go public about a British girlfriend of his in an apparent attempt to discredit the allegations against him.

Epstein emailed Maxwell: ‘You have done nothing wrong and I would urge you to start acting like it. Go outside head high not as an escaping convict’.

An Oklahoma ICU nurse has said she and her family was left reeling after she lost her husband and mother to coronavirus just...
Read more