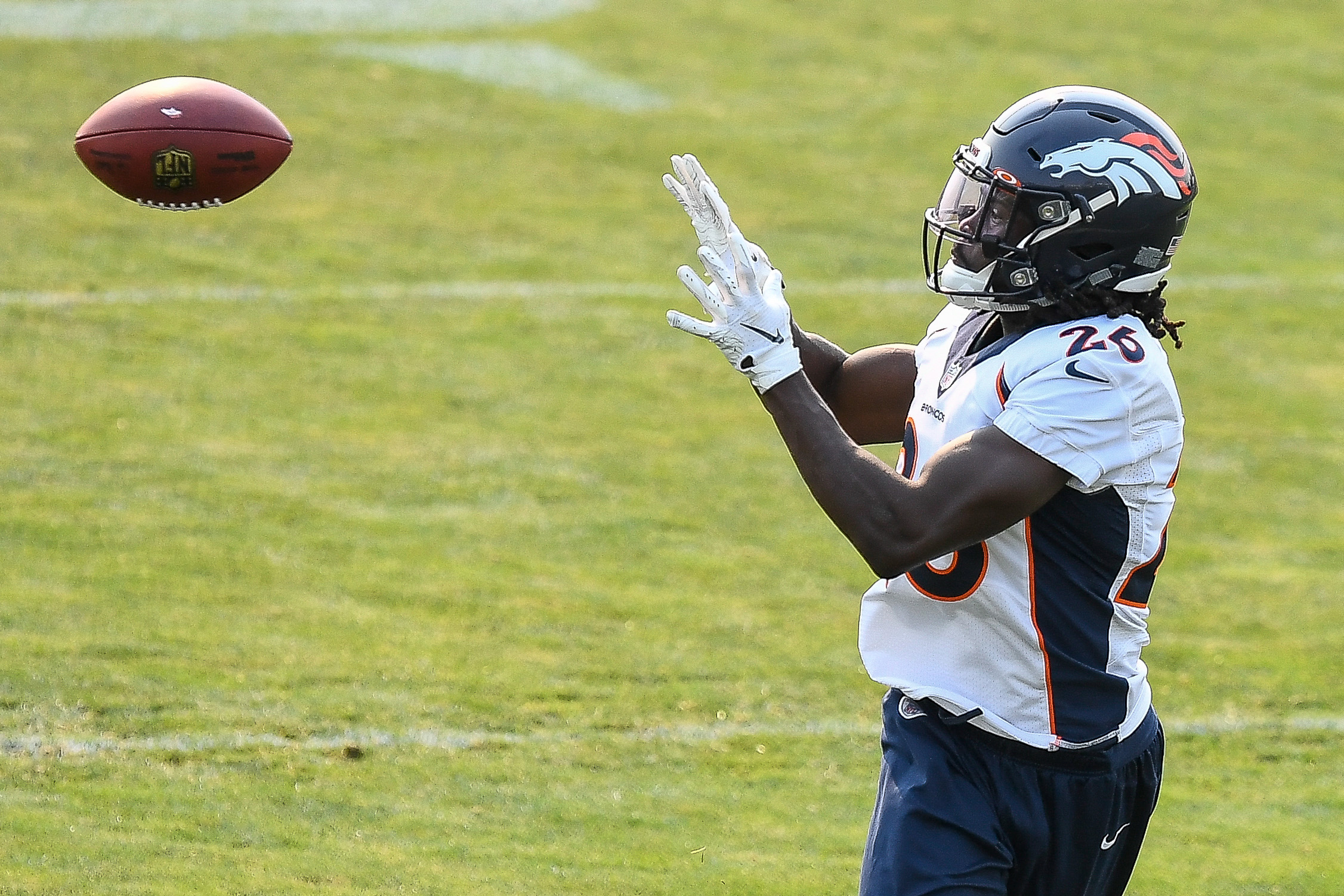 The Giants believed they had the makings of a young group of cornerbacks packed with potential and used the signing of veteran James Bradberry to solidify the unit. Then came the legal issues that put 2019 first-round pick DeAndre Baker on the exempt list and the loss of Sam Beal to an opt-out for the season.

This is why, in one week, when the Giants face the Steelers on “Monday Night Football,’’ a newcomer named Isaac Yiadom could fill a prominent role — maybe even a starting role.

“We’ll have to wait and see,’’ coach Joe Judge said Sunday. “I can’t answer that right now, but we’re definitely going to give him all the information we can and make sure we put him position to play to his strengths.’’

Yiadom was acquired Wednesday in a trade with the Broncos, the Giants sending a 2021 seventh-round pick for a player taken out of Boston College in the third round in 2018. Yiadom was a disappointment in Denver, starting nine games the past two seasons.

He might be needed, as the Giants seemingly do not have many attractive options. Second-year corner Corey Ballentine had an uneven summer. Rookie Darnay Holmes was impressive in training camp and is likely the slot corner. Newly signed Logan Ryan is as versatile as they come but probably will be used more often at safety. Brandon Williams, cut on Saturday, was re-signed on Sunday. Williams, 27, played in 45 games for the Cardinals the past four years.

“Well, we’re gonna see,’’ Judge said. “Right now we’re looking to play as many of our players as possible at those positions, keep ’em fresh and rotate. One thing we haven’t had yet is a preseason game or a regular-season game. We’re gonna make sure we use all our guys and roll ’em on through. We’ll see who performs the best. Whoever the hot hand is we may go with.’’

Center Jon Halapio, re-signed Wednesday and cut three days later, declined the Giants’ offer to be part of their 16-player practice squad. Halapio started 15 games for the Giants in 2019 before going down with a torn Achilles tendon in Week 17. Halapio thought the Giants’ interest in him last week was for their actual 53-man roster. This was not the case.

The addition of Ryan Santoso is an example of how the makeup of practice squads differ this season, with COVID-19 protocols in place. Santoso, 25, is a kicker and punter who spent time last season with the Titans — although he has yet to appear in an NFL game. With coronavirus testing leading to possible quarantine scenarios, teams must have backups waiting and available. A combo kicker checks off two boxes.

The Giants discussed keeping a quarterback separated from the other players so that he will be available immediately if there are positive COVID-19 tests that ravage the position. The Giants will not do that with practice-squad member Cooper Rush. Judge said his confidence in the health protocols are the reason why.

“We’re gonna keep in-building working with the team,’’ Judge said. “We discussed those hypotheticals. This is a guy we want to keep within the program, keep developing, keep involved in the game plans.”

Those returning for the practice squad are Rush, wide receivers Austin Mack, Derrick Dillon, Alex Bachman, Binjimen Victor and Johnny Holton, cornerbacks Jarren Williams and Chris Williamson, offensive linemen Tyler Haycraft and Kyle Murphy, defensive lineman Niko Lalos and long snapper Carson Tinker. Running back Sandro Platzgummer is on the squad, but the Giants have an exemption for him because he is part of the NFL’s International Player Pathway Program.