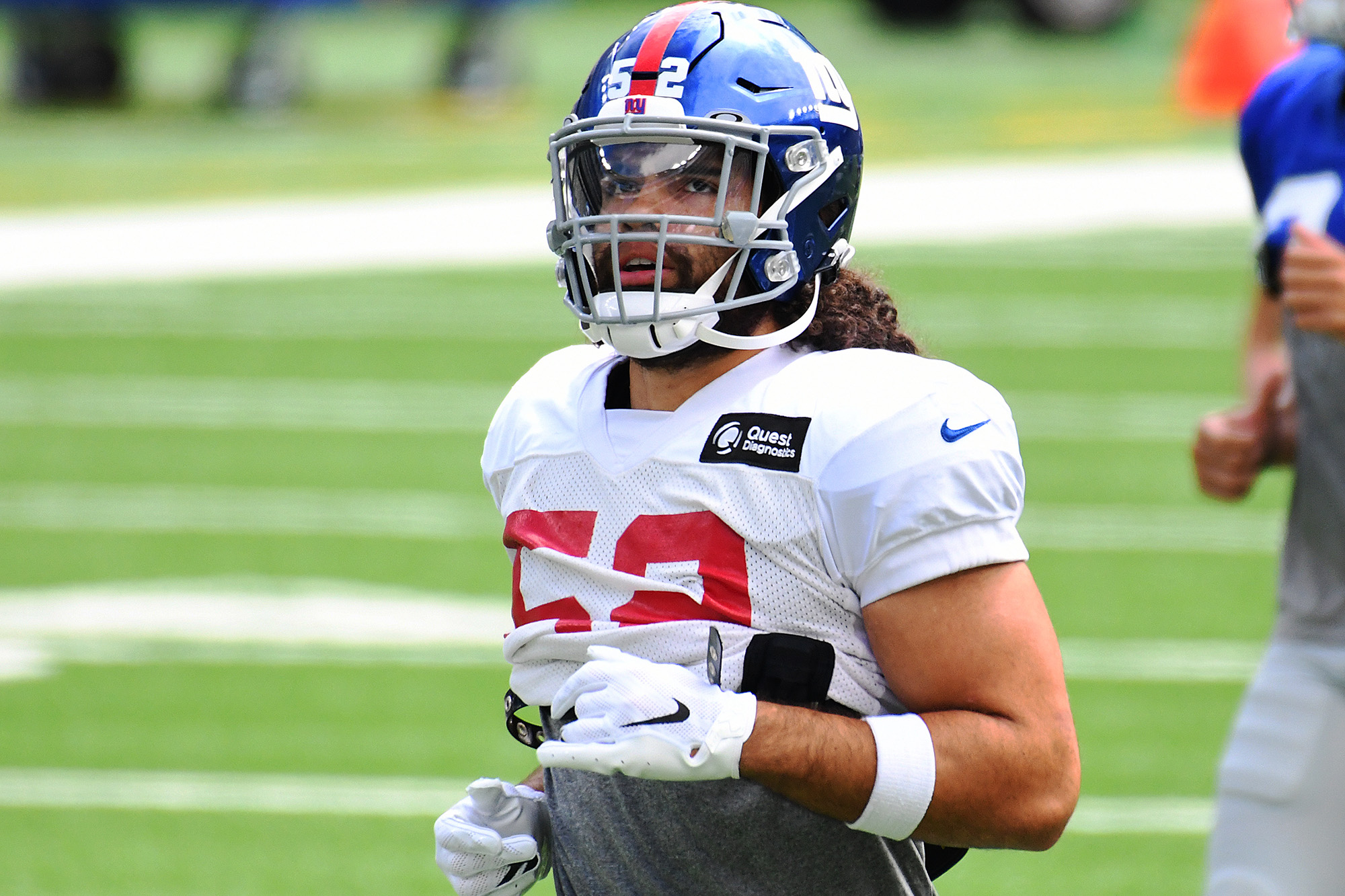 The Giants unveiled their first unofficial depth chart Monday — and it looked remarkably similar to how the offenses and defenses lined up during training camp. If head coach Joe Judge is planning any surprises, they did not show up on this initial list.

Asked if he knows who won the center job but is not yet ready to make the announcement, Judge said, “We’re still gonna work on deciding that, we’re gonna let another day go through right here and some things we’re gonna work on [Monday night].’’

WR Golden Tate, who appeared to tweak his hamstring and missed several days last week, did not participate in a practice that was mostly about conditioning, designed, Judge said, to “knock the rust off them’’ after players returned from three consecutive days off.

CB Isaac Yiodom was given No. 27, most recently worn last season by DeAndre Baker, who is on the exempt list and facing four counts of armed robbery in Broward County, Fla. Baker is expected to be released before the start of the regular season.

In this COVID-19 age, it takes a while for new players to actually get on the field. The three players the Giants claimed off waivers on Sunday — WR Damion Ratley, DB Adrian Colbert and OT Jackson Barton — were in quarantine on Monday and, after coronavirus testing, will have to take their physicals.

“We should have everybody out there Wednesday with us,’’ Judge said.

Two players cut and then re-signed to the roster, TE Eric Tomlinson and CB Brandon Williams, stayed with the team and thus are allowed to practice. … Safety Sean Chandler was added to the practice squad one day after he was released.