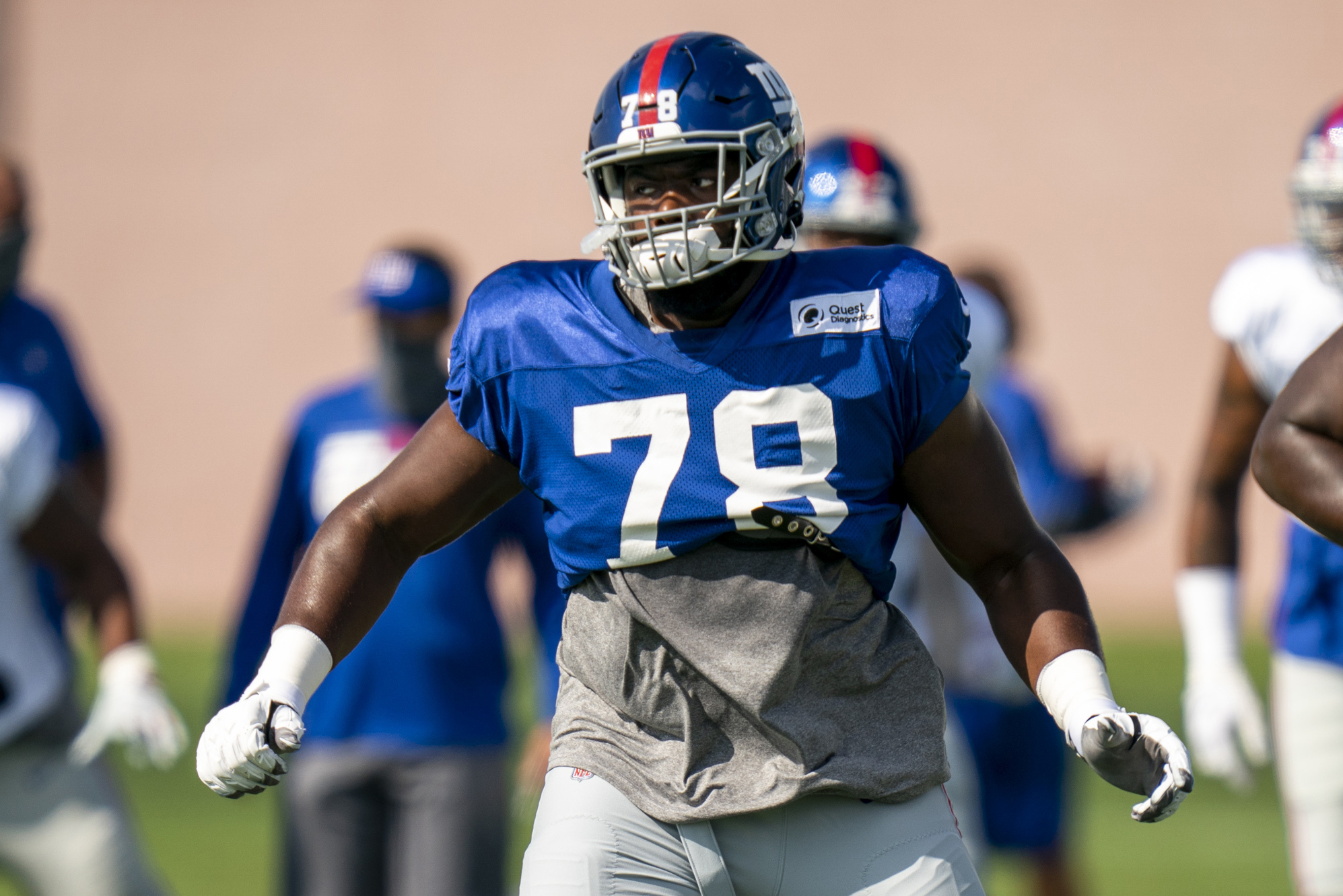 No fans in the stands mean no noise to bother the Steelers offense, no noise to inspire the Giants and — this could be important – no rumblings of impatient frustration if the Giants struggle. It is all very strange. Hard to think there will be many areas the Giants are capable of exploiting on what looks to be a very sound Pittsburgh outfit.

Want to know how Daniel Jones fares in this game? How his two offensive tackles hold up will provide much of the answer.

Fleming was signed to be a backup swing tackle but, with Nate Solder’s opt-out, he’s the starter on the right side. He gets Watt, a terror with 34.5 sacks in his three-year career, including 14.5 last season. Thomas, in his NFL debut, gets Dupree, coming off a career-high 11.5-sack season. Cannot have a more challenging opening act for the Daniel Jones protectors.

“Here is the thing, if you overplay T.J. Watt, you have Bud Dupree on the other edge, and he’s just as fierce,’’ Judge said.

Center of Attention: One of the reasons the previous coaching regime liked Nick Gates was his versatility. He was an offensive tackle at Nebraska and there were some who thought he might be better-suited to guard. So what happens? A new coaching staff arrives, sees a hole at center and before long Gates is snapping the ball — something he had never done before on a serious basis.

Gates, with three NFL starts on his résumé, debuts by knocking heads with a rugged Steelers group intent on confusion and disruption, anxious to see if the inexperienced Gates can handle what comes his way. Cameron Heyward (54 career sacks) is an All-Pro defensive tackle.

“I think I always get butterflies before my first game,’’ Gates said. “It’s just the first game of the football season, especially this year, it will be a lot different. But I’m excited. I think it’s good to have butterflies.’’

Ball Security: Might as well get tested right off the bat, right? Daniel Jones gained nearly 10 pounds and the added bulk and strength should help him secure the ball.

His one glaring failing as a rookie: 18 fumbles, 11 lost fumbles. He gets careless with his mechanics, especially when he runs and forgets to tuck the ball away.

Here comes a ball-thirsty defense. The Steelers led or tied the NFL last season in sacks (54), quarterback hits (117) and takeaways (36). Jones did a good job seeing the field (12 interceptions) last year, but he must show improved awareness in the pocket.

Clock Ticking on Big Ben: If the Giants, back in 2004, could not complete the draft-day trade with the Chargers for Eli Manning, they would have taken Ben Roethlisberger with the No. 4 overall pick. Roethlisberger enters his 17th NFL season coming off right elbow surgery — he played in only two games in 2019. In 2018, Big Ben led the NFL with 5,129 passing yards. Is he, at age 38, fully healthy?

“We just need to approach him based off his history, his track record,” cornerback James Bradberry said. “I’m sure he’s had a few injuries that people don’t know about. He’s able to take care of his body. He’s going to make the checks at the line, he’s smart, he’s been around for a long time. Of course, he has that strong arm.”

He has 2,310 rushing yards, 143 receptions and 23 total touchdowns in two seasons. He stayed healthy as a rookie. Not so in Year 2. “Man, he’s going to be a big-time challenge for us,” Steelers coach Mike Tomlin said. “This is a guy that’s capable of really impacting the game in all circumstances, and really in many ways.’’