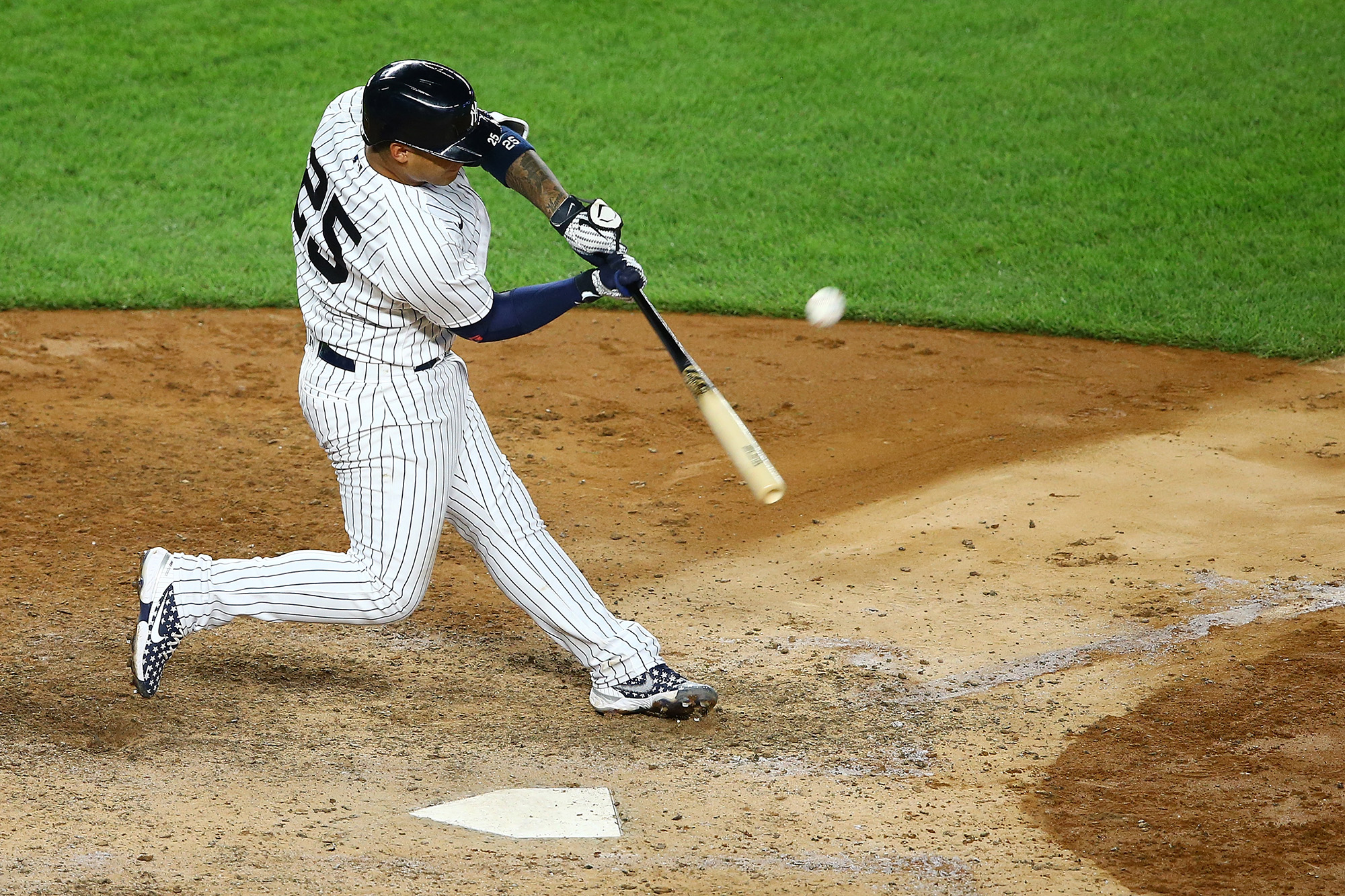 Perhaps it was the highly annoying noise, sometime disguised as music, escaping the Yankee Stadium sound system that turned the bats belonging to the Orioles and Yankees to dust.

Or it might have been four games in three days. Maybe the dog days of September are upon us.

Whatever the reason, the Yankees struggled to touch home plate for a second consecutive game on Sunday.

Yet, as was the case on Saturday, the Yankees hit just enough to squeeze by the Orioles for a 3-1 victory that extended their winning streak to five as Gleyber Torres’ two-run, pinch-hit double in the eighth inning proved to be the difference.

“Today we have a chance to complete a really good series going into an off day, so I think there will be that energy and focus to come out and hopefully get it done,’’ Aaron Boone said before the game.

Following Monday’s day off, the Yankees will open a three-game series against the Blue Jays at the Stadium. The Blue Jays started Sunday one-half game up on the Yankees in the race for second place in the AL East, which carries an automatic ticket to the postseason.

Orioles starter John Means entered the game with a 1-3 record and a bloated 5.68 ERA in eight starts, but held the Yankees to a run and five hits in six innings.

Adam Ottavino surfaced from the bullpen for the first time since last week’s dreadful sixth inning in Buffalo against the Blue Jays in which he and Chad Green combined to give up 10 runs. Ottavino was charged with six of those runs without registering an out.

Ottavino retired the first two Orioles in the sixth before walking Pedro Severino and giving up a ground single to Renato Nunez. Boone immediately called for Jonathan Holder, and Holder got the left-handed hitting DJ Stewart to foul out, strand two and keep the score, 1-1.

Left alone by Mother Nature, which wasn’t the case on Saturday, Aroldis Chapman posted the save with a perfect ninth.

J.A. Happ contributed a fifth straight strong outing, but left after five innings with the score tied. In five innings, the veteran lefty gave up a run, five hits, struck out five and didn’t issue a walk. The run came in the second inning when Nunez hit the first pitch into the right-field seats.

What to do about parking violations on vacation