Home Travel Glued to TVs All Creatures Great And Small? This is the year...
Travel

Glued to TVs All Creatures Great And Small? This is the year to enjoy Britain's majestic moorland

Stretching your legs while enjoying plenty of fresh air and a hint of wilderness — there can be few finer options, in my view, than a trip to the moors.

And there are plenty of them — more than three million acres.

Plus there’s a treat in store for nostalgia lovers now that a new version of James Herriot’s All Creatures Great And Small, filmed in the fictional Yorkshire Dales town of Darrowby, has started on Channel 5.

Yorkshire in the pink 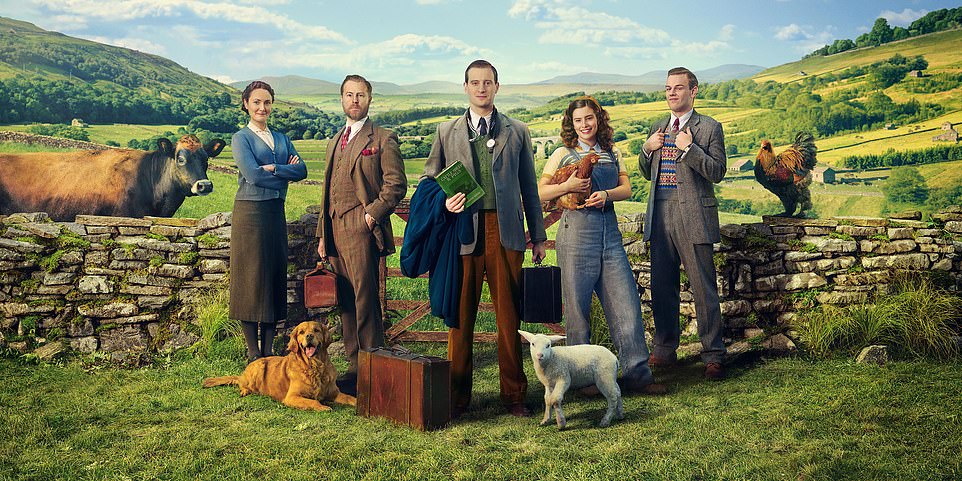 Inspiration: TV’s All Creatures Great And Small, airing on channel 5, is set in the Yorkshire Dales

Pink and purple heather clinging to the hillsides and valleys is enough to make the North York Moors, about 45 minutes’ drive north of York, among the finest in England.

Tackle the long-distant trails to old forts and Roman remains, or take easier options such as the North Yorkshire Moors Railway, with its beautifully restored steam locomotive, running from Pickering to the lively harbour town of Whitby, famous for its seafood, cliff-lift and ruined abbey, which featured in Bram Stoker’s classic novel Dracula.

When to go: Early autumn for the explosion of colour when the heather blooms.

Where to stay: The 17th-century Black Swan Inn in Pickering (blackswanpickering.co.uk); from £85 B&B.

Hats off to Ilkley 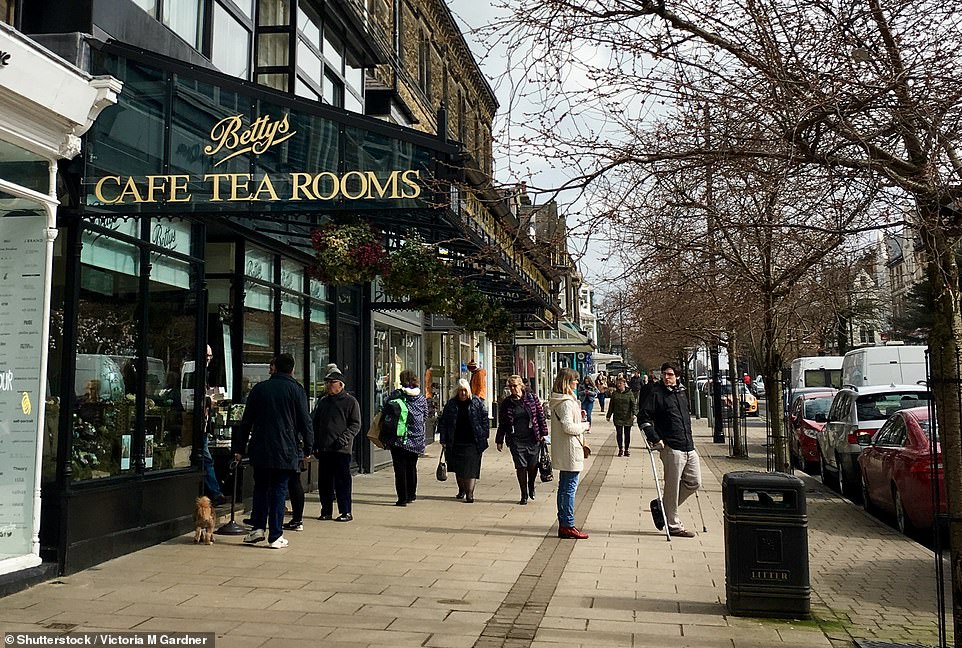 Well known as the inspiration for the Yorkshire ballad On Ilkla Moor Baht ’at (dialect for On Ilkley Moor without a hat), Ilkley Moor is part of Rombalds Moor in West Yorkshire between the Airedale and Wharfedale. Its easy access makes it ideal for walking, hiking and pony trekking, though the Cow and Calf Rocks provide a mighty challenge for more serious climbers.

When to go: Now for the flora and fauna.

Where to stay: Ilkley Riverside Hotel (ilkley-riversidehotel.com); from £85 B&B. 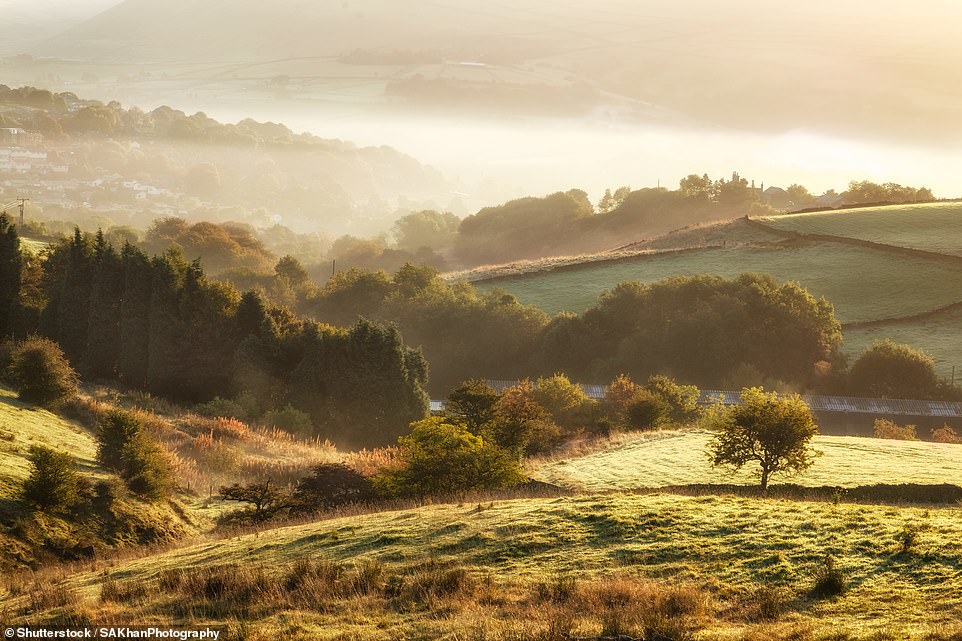 Animal magic: Saddleworth Moor and its rolling hills is home to skylarks, deer and hares

Saddleworth Moor, close to Manchester, yet historically part of West Yorkshire, has masses of attraction for walkers. Look out for skylarks and meadow pipits, as well as deer, hares and other animals among the gently-rolling hills and impressive reservoirs of what has been called ‘England’s great watershed’.

When to go: September and October are the quiet months.

Where to stay: The Shippon at Lower Hill Top Farm, near Delph (the-shippon.co.uk), a former 18th-century cowshed; from £80 B&B. 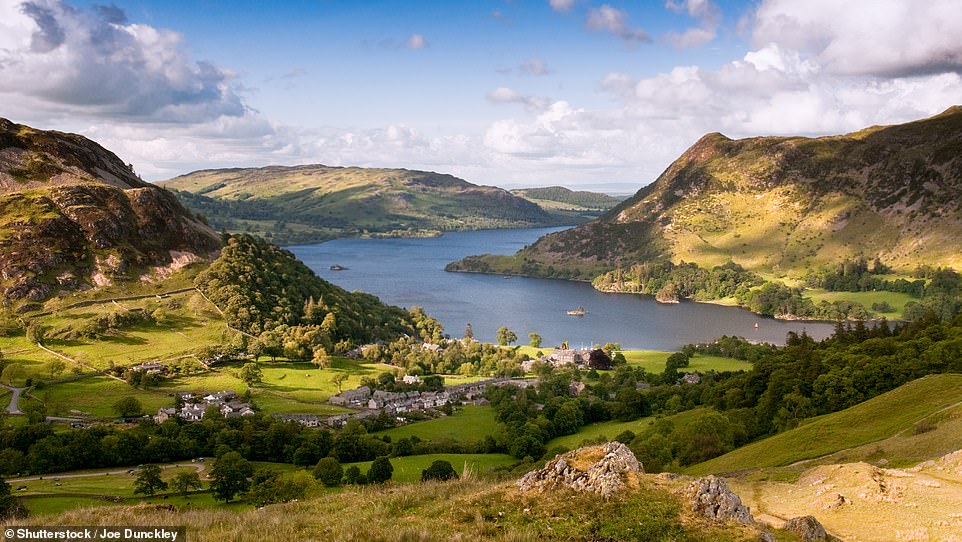 Ullswater lake curves through the mountains of the Lake District at Glenridding. This picture was taken from the crags of Birkhouse Moor

Famous for its lakes and high peaks, such as Scafell Pike, the highest in England, the Lake District National Park and Cumbria have more than their share of moors, including Birkhouse Moor, Caudale Moor, Grasmoor and Kirkby Moor.

The scenery doesn’t get much better, with dramatic lakes such as Windermere, Ullswater, Derwent Water and Coniston Water — where Donald Campbell tragically died attempting to set a new water speed record in 1967.

Other famous names associated with the Lakes include Beatrix Potter — you can visit The World of Beatrix Potter attraction (hop-skip-jump.com) at Bowness-on-Windermere — and Alfred Wainwright, whose 1950s and 1960s walking guides are still popular.

When to go: October and November, for the woodlands’ best autumn show.

Where to stay: Linthwaite House (leeucollection.com/UK), above Bowness, with panoramic views over Windermere and access to moor and Lakeland walks; from £235 B&B. 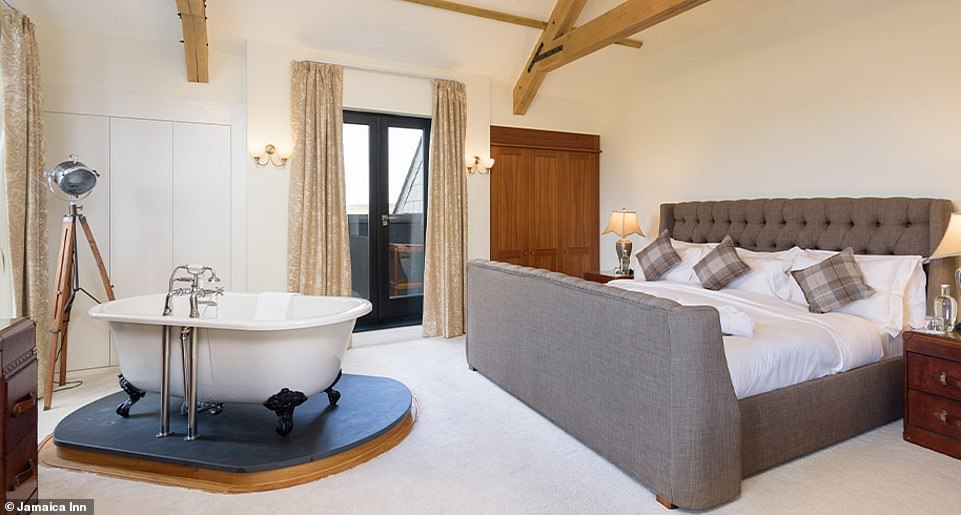 For a touch of culture and luxury, try the 18th-century Jamaica Inn hotel in Bolventor. Pictured is one of its bedrooms

Bodmin Moor is Cornwall at its most dramatic.

An untamed granite landscape where wild walks may reveal rare and protected wildlife such as otters, Marsh Fritillary butterflies and songbirds including the Stonechat.

You may even spot the ‘Beast of Bodmin’, a big cat said to live on the moor, but don’t hold your breath.

Even the A30 trunk road dissecting the moor does little to reduce the peace and quiet.

When to go: September and October for still good weather — and fewer crowds.

Where to stay: For a touch of culture and luxury, try the 18th- century Jamaica Inn hotel in Bolventor (jamaicainn.co.uk). This former coaching inn was the setting for Daphne du Maurier’s 1936 novel of the same name, and was a centre for rum and brandy smuggling; from £119 B&B. 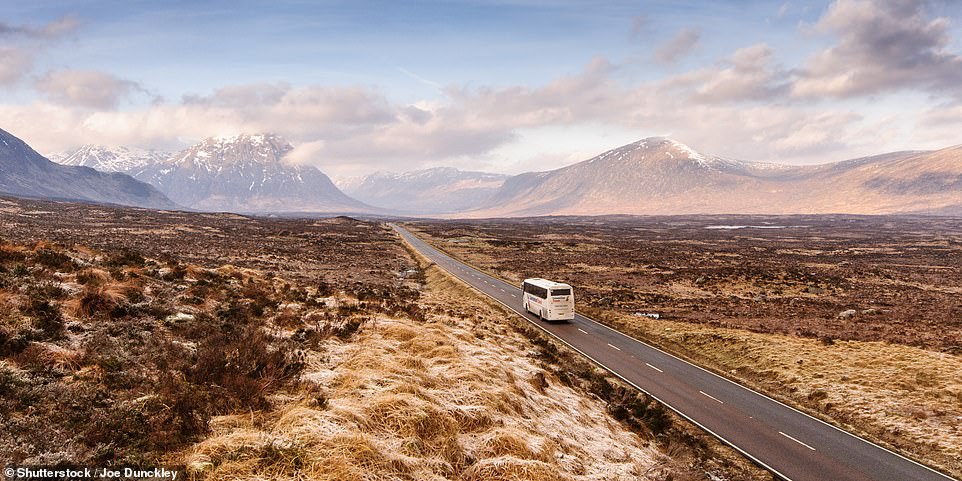 The Great Moor of Rannoch is a beautiful, rugged area stretching north and west of Rannoch Station in the Scottish Highlands

The Great Moor of Rannoch is not one for the fainthearted — but this is one of the last remaining wildernesses in Europe.

It’s a beautiful, rugged area stretching north and west of Rannoch Station in the Scottish Highlands. Intrepid walkers will find terrain made up of bog, rocky outcrops and rivers, all of which support flora and fauna ranging from curlews and grouse to roe and red deer.

An easier option for a snapshot of the moor is to take the West Highland Railway, which crosses the moorland for 23 miles. You can get off at Rannock Station.

When to go: September to April to avoid the midges.

Where to stay: The unimaginatively-named Moor of Rannock Restaurant & Rooms (moorofrannock.co.uk) at Rannock Station on the moor, but with no TV or wifi; from £195 B&B. 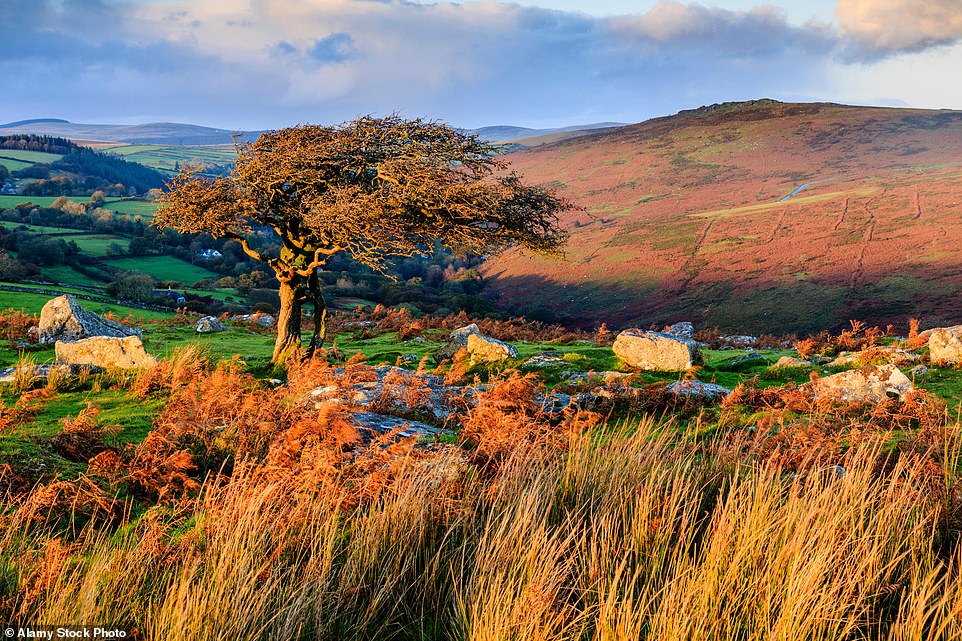 Rugged landscapes: Dartmoor, in the heart of Devon, is an ideal location for gentle family holidays with options for riding and cycling, as well as walking along easy-to-follow trails

The perfect place to get away, except perhaps for inmates of the famous jail. Dartmoor, in the heart of Devon, offers awe-inspiring granite tors, densely wooded valleys and fast-flowing rivers.

To top it off there are herds of semi-wild ponies with frolicking foals providing entertainment. It is an ideal location for gentle family holidays with options for riding and cycling, as well as walking along easy-to-follow trails.

When to go: Early autumn to see the foals and hear the skylarks.

Where to stay: East Dart Hotel (eastdarthotel.co.uk), a cosy pub with nine rooms in Postbridge, Yelverton; from about £80. 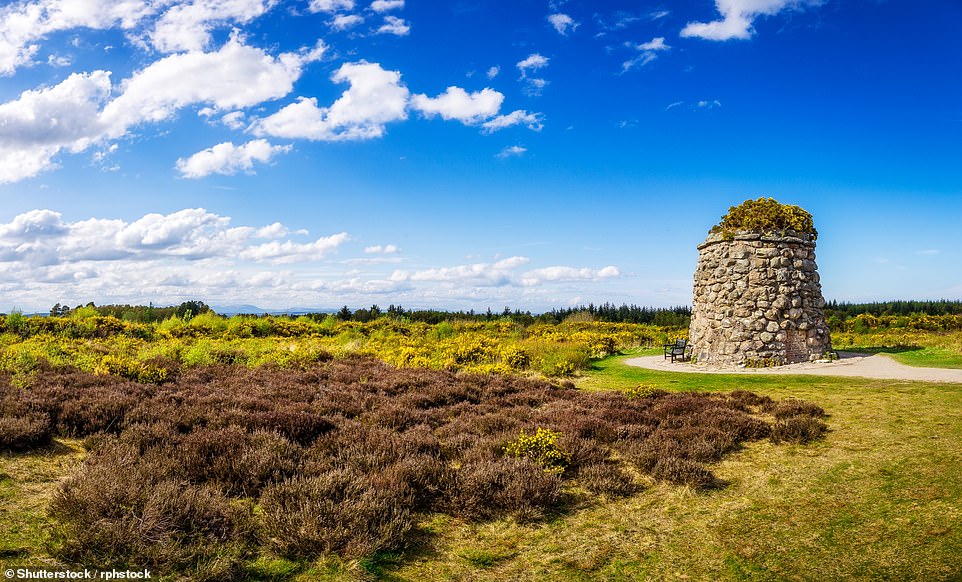 A memorial cairn at the Culloden battlefield near Inverness. September and October are the best months for visiting the area

Drumossie Moor (Culloden Moor) just east of Inverness, was the site of the battle of Culloden in 1746, the last full-scale battle on British soil and the last Jacobite rising led by Bonnie Prince Charlie. The visitor centre is well worth seeing (nts.org.uk).

When to go: September and October, after the crowds and the midges have left.

Where to stay: Waverley Guest House, Inverness (thewaverleyguesthouse.com); from £44 B&B. 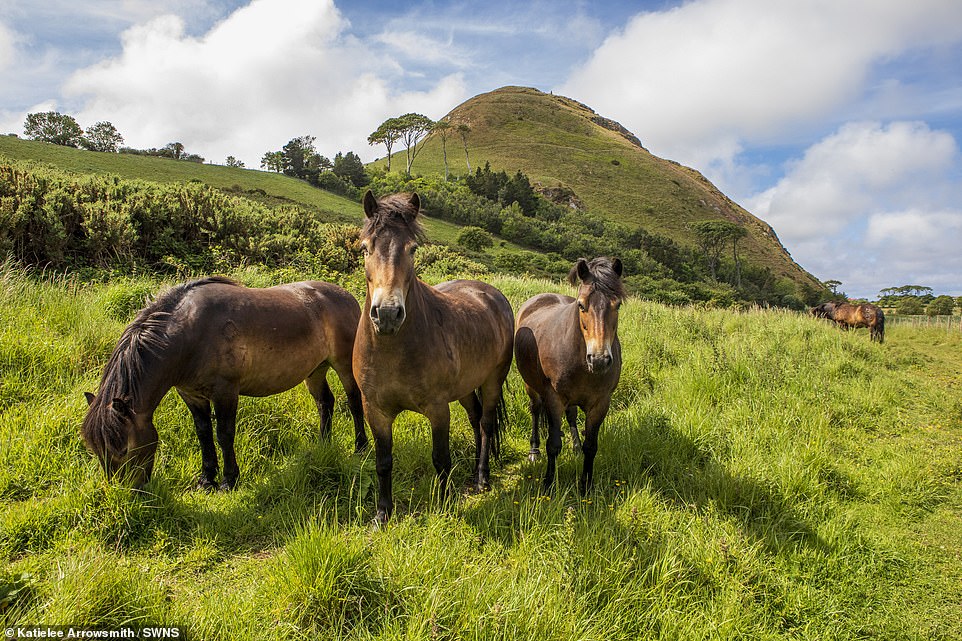 Smaller than many national parks, so sometimes overlooked. With rivers, streams and heather-topped hills, Exmoor is one of the few to have a rocky coastline, complete with a Victorian cliff railway and a steam railway.

When to go: Autumn for the flowers and fast-flowing rivers.

Where to stay: The Luttrell Arms in the medieval village of Dunster (luttrellarms.co.uk); from £196 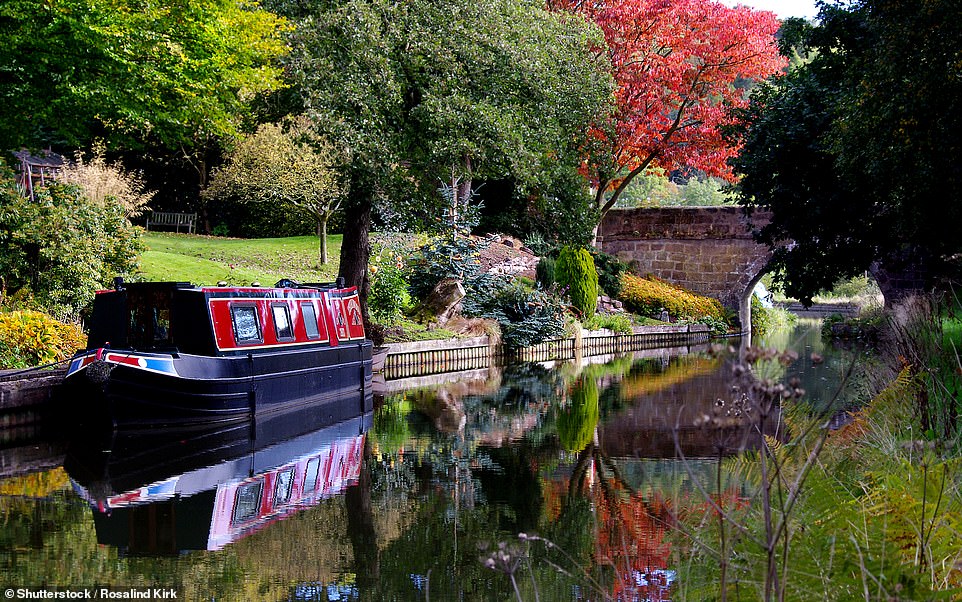 Try a narrowboat on the Caldon Canal. You are never far from idyllic villages and historic market towns such as Biddulph, Cheadle and Leek

Spectacular scenery, from rocky outcrops setting a challenge for climbers, to gently rolling hills and green valleys ideal for a country stroll, can be found in and around the Staffordshire Peak District.

Activities include cycling, sailing, rock climbing and bird watching. Try a narrowboat on the Caldon Canal. You are never far from idyllic villages and historic market towns such as Biddulph, Cheadle and Leek.

When to go: Early autumn or wait for spring to see the countryside at its best.

Where to stay: The Swan Hotel, Stafford (theswanstafford.co.uk), an 18th-century coaching inn in the town centre; from £49.

It is rare to find moments of perfect tranquillity in this increasingly tense world, but the Mandarin Oriental Hyde Park, offers a treasure...
Read more
Travel

Moment a Easyjet passenger is slapped by his WIFE after going...
Read more
Travel

Well-heeled flyers can breathe a sigh of relief - they can have a shower again at 40,000ft in Emirates' A380 first-class cabins.But the...
Read more

The Justice Department filed an antitrust lawsuit against Google parent Alphabet on Tuesday, accusing the search juggernaut of maintaining an illegal monopoly. The lawsuit...
Read more

D-day for a stimulus deal as Nancy Pelosi and Steven Mnuchin...
Read more

US businesswoman admits to Boris Johnson affair, plans to live together in NYC

An American businesswoman has admitted to having a years-long affair with British leader Boris Johnson — saying they even talked about starting a...
Read more

Out of Her Mind season 2 release date: Will there be another series?

Speaking to The Independent, Pascoe said: “When society has a binary conversation about abortion, there isn’t room for people who go: ‘I have...
Read more
Load more

D-day for a stimulus deal as Pelosi and Steven Mnuchin to...

US businesswoman admits to Boris Johnson affair, plans to live together...