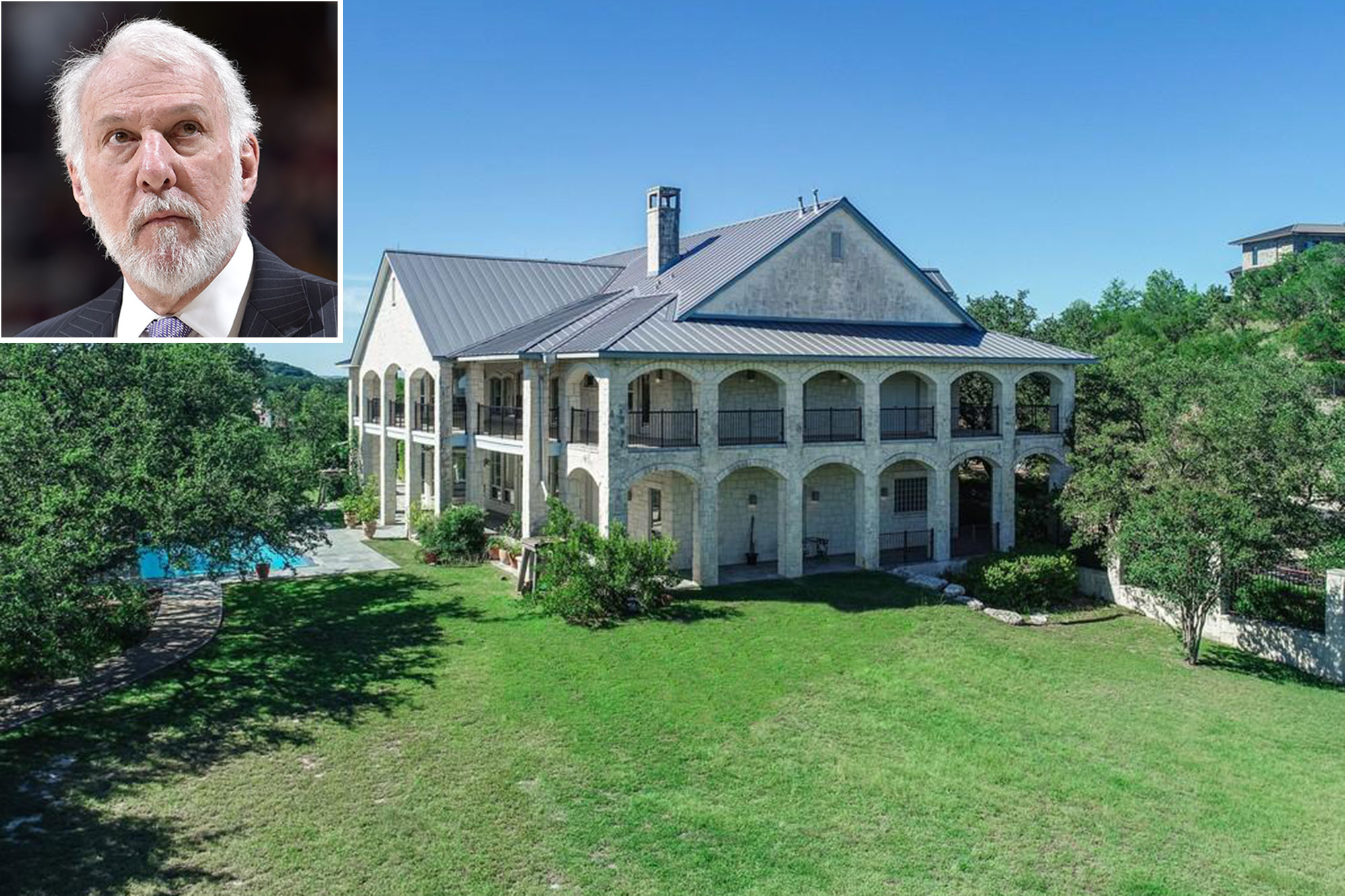 Gregg Popovich has been linked with the Nets job. Those links aren’t going to get any quieter after the legendary coach reportedly put his house up for sale.

The Spurs coach had actually attempted to sell his 9,600 square foot San Antonio abode last year, but pulled it off the market on Jan. 1, 2020. Now according to Outkick it’s been listed again at a reduced price, amid questions of whether the 71-year-old Popovich is coming back to San Antonio next season or he’d consider taking over an instant contender in Brooklyn.

For the record, when asked last month if he would be coaching San Antonio next season, Popovich replied “Why wouldn’t I?”

And Spurs CEO R.C. Buford recently told CNBC that he’s “under the assumption” Popovich is returning, adding “I don’t know if he’s told Brian (Wright, GM) any differently. Pop’s shown nothing other than how we’re going to build our team for next year.”

It’s a massive rebuild, and the Nets have Kevin Durant and Kyrie Irving. But imagining Popovich leaving San Antonio is like trying to envision Tom Landry quitting the Cowboys: Difficult to picture and even harder to pull off.

Popovich has been in San Antonio so long his first move as GM was to bring in eventual Nets coach Avery Johnson – as a point guard, back in 1994. His first roster as coach in 1996-97 included Dominique Wilkins. In other words, he’s entrenched. And luring him to Brooklyn has always been a longshot.

Nets general manager Sean Marks – who won two NBA titles in San Antonio under Popovich as a player and then an assistant – has thrown cold water on reports that his mentor is Brooklyn’s top coaching priority.

But when Nets fans see the future Hall of Famer reportedly put his house up for sale, downplaying the links will get even harder. Many will wonder if a potential personal move is a precursor to a professional one next season.

Listen to Episode 38 of ‘Up In The Blue Seats’: Thank You, Henrik Lundqvist