Home Sport Guardiola sweating on fitness of Aguero after striker picked up injury during...
Sport

‘I don’t know what it is. It looks like a muscular injury’: Pep Guardiola sweating on fitness of Sergio Aguero after striker was withdrawn at half-time in Man City’s draw at West Ham

Pep Guardiola is waiting for an update on the injury suffered by Sergio Aguero during Saturday’s 1-1 draw at West Ham.

City have only won two of their opening five fixtures and last season’s top scorers (102) have only scored eight goals thus far.

City’s underwhelming start leaves them 11th in the league and they now face the harsh reality that their all-time leading goalscorer could be out for a while, after the Argentine was forced off at half-time against David Moyes’ side. 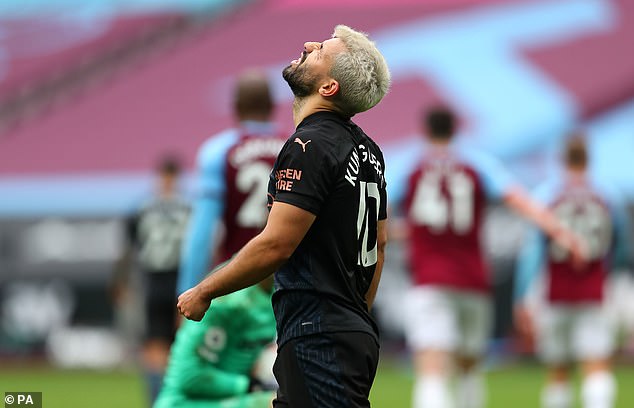 When asked about Aguero on the back of a disappointing afternoon in east London Guardiola told BT Sport: ‘Injury. No, I don’t know (what it is). It looks like a muscular injury.’

City are not the only title contenders to endure a disappointing start to the season, however Guardiola admits that his side still have a way to go before they are firing on all cylinders once more.

He said after witnessing Aguero’s replacement Phil Foden cancel out Michail Antonio’s overhead volley: ‘We started really good, we concede a goal the first time they arrive. They defend so deep and we had the chance at the end to score the goal. Now we move forward.’

‘I think we didn’t play bad except for the last 10 minutes of the first half. They have many players arriving in the box, we had periods of that but we had the chances to score and we didn’t. 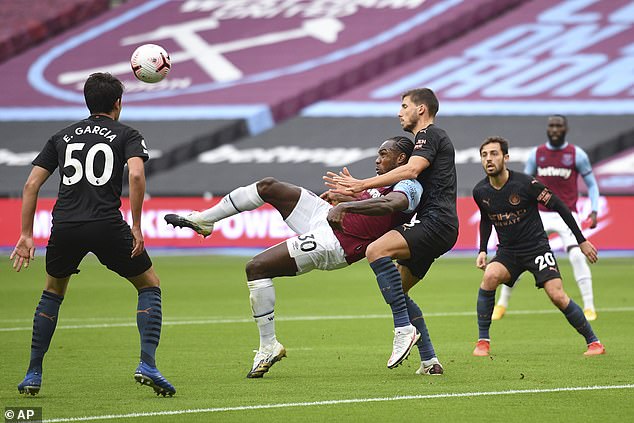 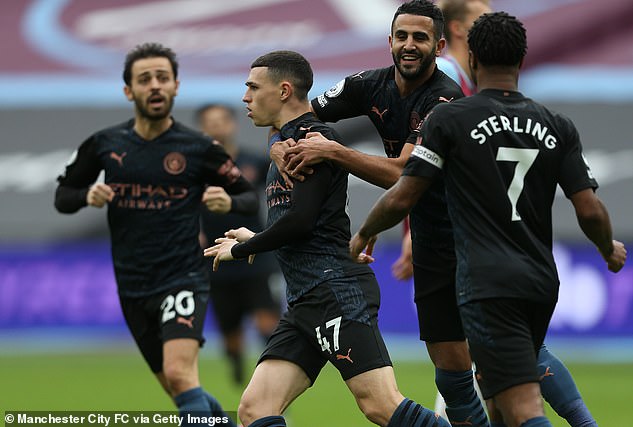 ‘We started really well. We suffered in the last 10 or 15 minutes of the first half. In the second half we were better and scored early. We had the chances we needed to win the game, but unfortunately we couldn’t score.

‘We created enough. Their defenders were defending so deep so it’s difficult to find spaces, but we had the chances.

‘I’m not a guy who can predict the future. We’ve already dropped seven points, which is a lot. But we’ve struggled a lot for many reasons. We have to take things game by game and see what happens.’

Next up for City is a trip to Marseille in the Champions League on Tuesday, they then travel to Sheffield United on Saturday.

Facebook
Twitter
Pinterest
WhatsApp
Previous articleDortmund 3-0 Schalke: Erling Haaland score fifth goal in five Bundesliga matches in win over Schalke
Next articleNadia Sawalha speaks out in confession with husband Mark: 'So effing sick of it all'

Pressing problems: Winning the ball back fast is in decline... Aston...
Read more