Home U.S Gym founder says his son, 12, was threatened with arrest for being...
U.S

Gym founder says his son, 12, was threatened with arrest for being truant

The founder of the 24-Hour Fitness empire says he has received a letter from his son’s California middle school, threatening to have the 12-year-old boy arrested for missing 90 minutes worth of remote learning.

Mark Mastrov, 62, a multimillionaire businessman and married father-of-four, on October 6 received a letter from Stanley Middle School, saying that his son, Merek, who is enrolled in seventh grade but who has been attending classes from home amid the coronavirus pandemic, had missed three 30-minute Zoom sessions one day in September, as KGO first reported.

Under recently passed California law, any student who is absent from school without a valid excuse for more than 30 minutes on three days in a given school year is considered truant and may be subjected to arrest. 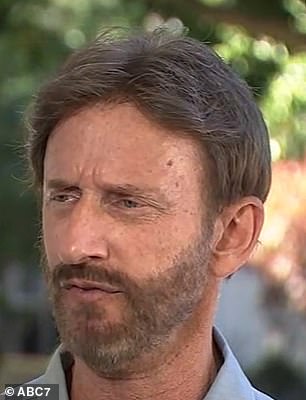 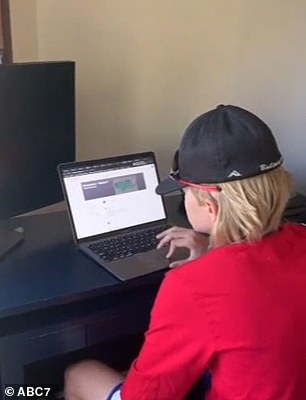 Mark Mastrov, 62 (left), the millionaire founder of 24-Hour Fitness, says his son’s middle school in California has threatened the 12-year-old (right) with an arrest over truancy 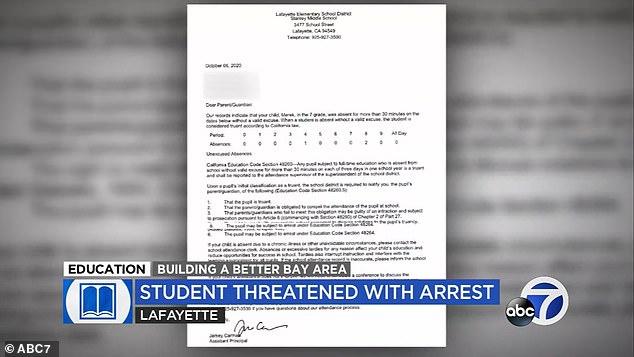 The family got this letter dated October 6, saying that Merek Mastrov had missed three 30-minute Zoom sessions in September 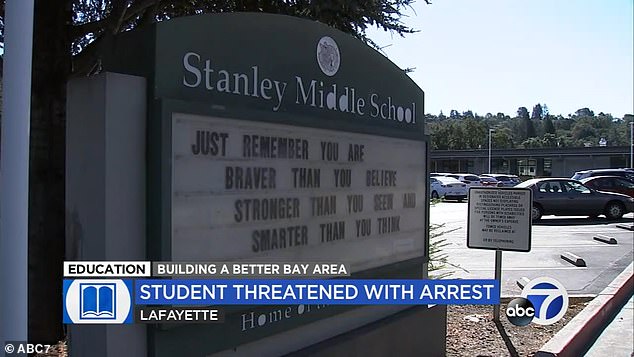 The principal at Stanley Middle School has conceded that Mastrov should have received a call first, allowing him a chance to explain his son’s absences

Mastrov, who also co-owns the NBA’s Sacramento Kings, said that upon receiving the letter, he called a school official and confronted her about the threat.

‘”Are you going to come and try to arrest my son at my home, or fine me for not getting him to his Zoom class perfectly, on time everyday?”‘ Mastrov recalled telling the administrator at Merek’s school.

Mastrov explained that his three older children – two sons and daughter – had all attended the same middle school in Lafayette, a tony suburb of Oakland in the Bay Area where the family live.

Principal Betsy Balmat defended the school’s response to Merek Mastrov’s absences, telling KGO that she was obligated to send the letter to the family under the new state law, which requires school districts to keep track of student attendance.

‘The letter is part of our responsibility to the state for our student attendance review boards. As always, the schools have a responsibility to ensure students are engaged and learning,’ she told KGO by phone. 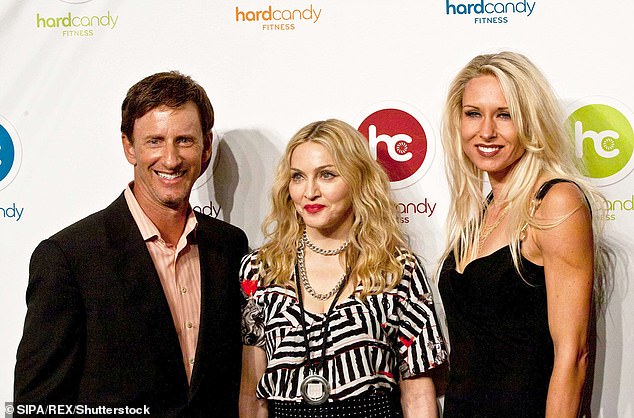 Mastrov, pictured above posing with Madonna, center, and his wife, Mindee, in 2010, founded 24-Hour Fitness in 1983 in California 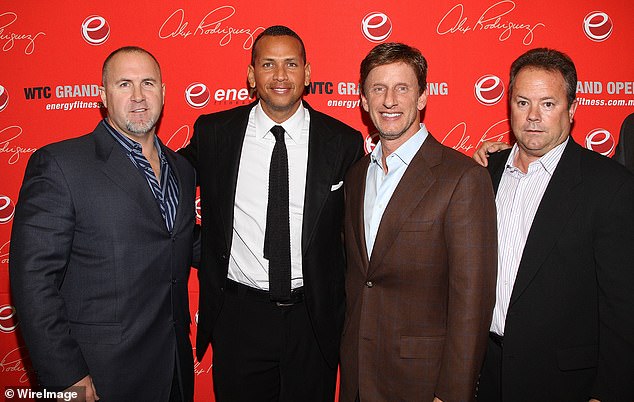 Mastrov, pictured above next to Alex Rodriguez at an event in Mexico in 2012, is also a co-owner of NBA’s Sacramento Kings

However, Balmat conceded that Mark and Mindee Mastrov should have received a phone call first, allowing them an opportunity to explain their son’s absences.

Mastrov insisted that no one from the school had tried to reach him by phone, and that he has heard similar stories from other parents.

Mastrov, who has an estimated net worth of $350million, is now planning to write to California legislators in an effort to have the law on student truancy changed.

‘Obviously we’re in a pandemic and Gov. [Gavin] Newsom is trying to manage it, but if the state of California is focusing on arresting 12-year-old children for missing 90 minutes of school in ten months, it’s ridiculous,’ Mastrov said. 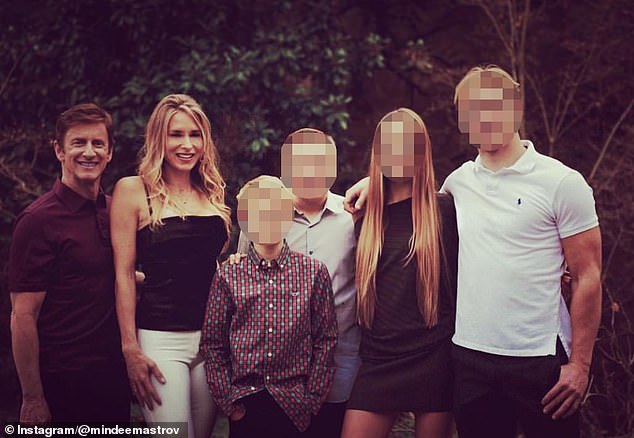 Mark and Mindee Mastrov have four children together, with Merek (front center) being the youngest of the family 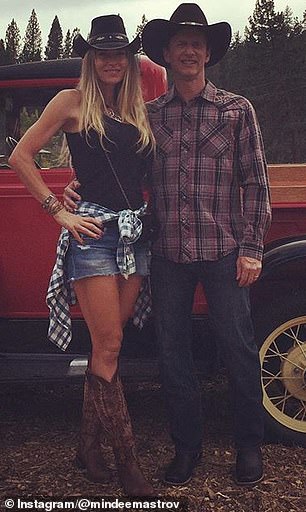 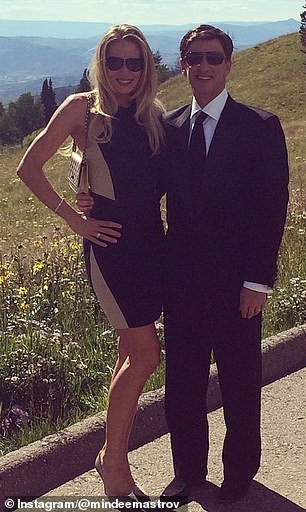 Mark and wife Mindee got married in 2002. The family live on a sprawling compound in Lafayette, California

According to his biography, Mastrov, a former high school basketball and track star, started 24-Hour Fitness in 1983 as a single-gym business. The company now boasts nearly four million members in more than 430 locations scattered across the US.

In 2013, Mastrov became a member of a new Sacramento Kings ownership group.

He and wife Mindee got married in 2002 and welcomed their first child, a son, soon after, according to Diablo Magazine.

Mastrov made headlines in the Bay Area real estate world last month when he listed his compound made up of multiple properties, including a 14,000-square-foot mansion, for $25million, as Mansion Global reported.

Facebook
Twitter
Pinterest
WhatsApp
Previous articleMARTIN SAMUEL: Champions League carve up is in place to reward European elite for their failures
Next articleHow many people with coronavirus are asymptomatic?