About half of Earth’s ice-free land remains unaltered by humans and can still be protected with swift conservation measures, a new study shows.

US researchers compared four recent global maps showing the conversion of natural lands to ‘anthropogenic land’ – land that has been exploited by humans.

Encouragingly, about half, or somewhere between 48 and 56 percent, of the world’s land that is not covered with ice shows ‘low’ influence of humans.

The more impacted half of Earth’s lands, meanwhile, includes cities, croplands and places that have been intensively ranched or mined.

But researchers say humans have the opportunity to conserve about half of Earth’s land for good, rather than exploiting its natural resources. 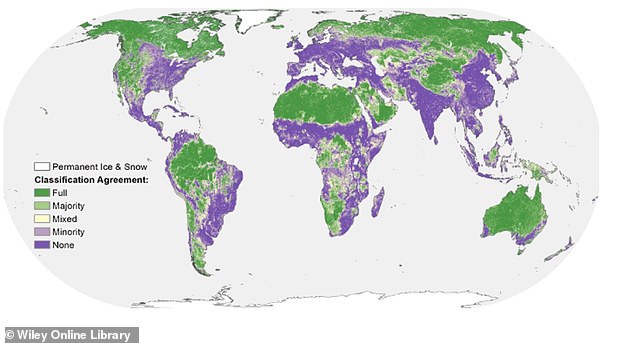 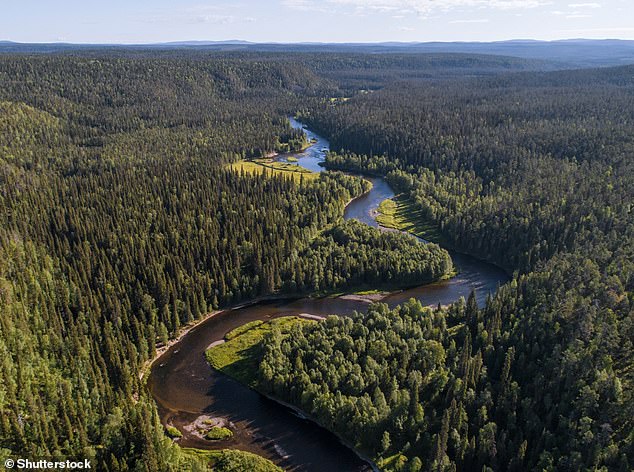 Aerial view of a vast boreal forest, a low impact area. Boreal forests are defined as forests growing in high-latitude environments where freezing temperatures occur for 6 to 8 months

‘The encouraging takeaway from this study is that if we act quickly and decisively, there is a slim window in which we can still conserve roughly half of Earth’s land in a relatively intact state,’ said lead author Jason Riggio at the UC Davis Museum of Wildlife and Fish Biology.

However, governments have been asked to commit to protecting 30 per cent of the land and water combined by 2030 and 50 per cent by 2050.

Convention on Biological Diversity Conference of the Parties 15

The Conference of the Parties is the governing body of the Convention on Biological Diversity, a multilateral treaty signed in the early 1990s.

The convention’s governing body is the Conference of the Parties (COP), consisting of all governments that have ratified the treaty

Among the meeting’s goals is to establish specific targets for land and water protection.

This year’s historic meeting was scheduled to occur in China this autumn but was postponed due to the coronavirus pandemic.

The Fifteenth meeting of the Conference of the Parties (COP 15) will be held in Kunming, China, in the second quarter of 2021.

Leading up to the Convention on Biological Diversity Conference of the Parties 15, there is momentum around setting ‘bold’ conservation targets, according to the research team.

This meeting was scheduled to take place in China this autumn but was postponed to the second quarter of 2021 due to the coronavirus pandemic.

Among the meeting’s goals was to establish specific targets for land and water protection.

However, it had remained unclear how much of Earth’s land area remains without significant human influence and where this land is located – something this new study set out to clarify.

Three out of four spatial assessments, each with different datasets, agreed on 46 per cent of non‐permanent ice‐ or snow‐covered land as having low human influence.

Among the largest low-impact areas are broad stretches of boreal forests and tundra across northern Asia and North America, and vast deserts like the Sahara in Africa and the Australian outback.

Boreal forests are defined as forests growing in high-latitude environments where freezing temperatures occur for six to eight months – and therefore occupy the high northern latitudes in the Northern Hemisphere. 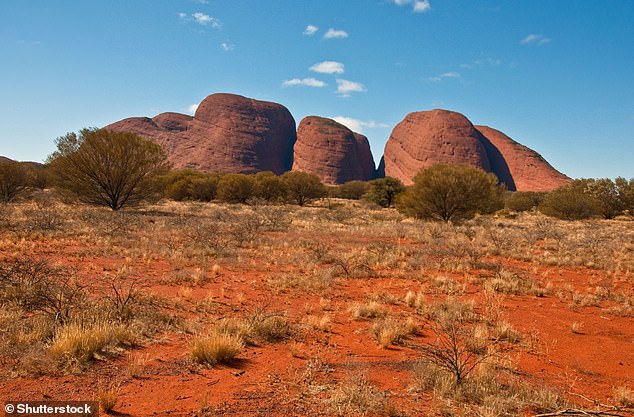 Low impact places, such as the vast Astralian Outback, tend to be drier and less fit for agriculture. Pictured; Kata Tjuṯa, a group of rock formations in Northern Territory, Australia

What was concerning, however, was the finding that less than 1 per cent of temperate grasslands, tropical coniferous forests and tropical dry forests have very low human influence across most of the datasets.

Tropical grasslands, mangroves and montane, or ‘high altitude’ grasslands, also have less than 1 per cent of land identified as very low influence across all datasets.

Human land use is increasingly threatening Earth’s remaining natural habitats, especially in warmer and more hospitable areas, but nearly half of Earth still remains in areas without large-scale intensive use.

Areas with low human influence do not necessarily exclude people, livestock or sustainable management of resources – meaning they could be exploited in the future.

A conservation response that balances agriculture and resource needs with the protection of the ecosystem and biodiversity is essential, the research team warn.

‘Achieving this balance will be necessary if we hope to meet ambitious conservation targets,’ said Riggio. 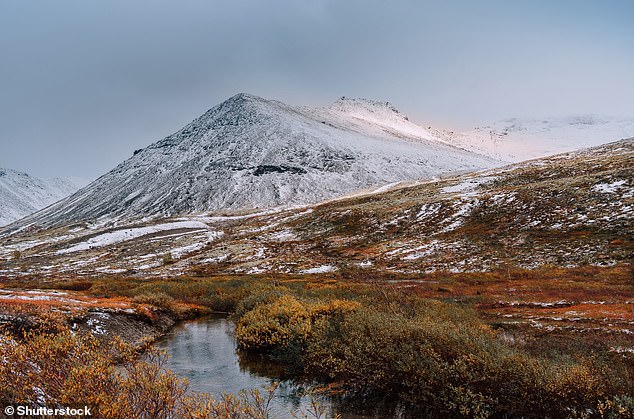 An Autumn tundra in the Arctic. Much of the very low and low influence portions of the planet are comprised of cold landscapes – boreal forests, montane grasslands and tundra – or arid landscapes (like deserts)

‘But our study optimistically shows that these targets are still within reach.’

SARS-CoV-2, the coronavirus that causes Covid-19, is a zoonotic virus, meaning it’s been passed from animals to humans.

‘Human risk to diseases like Covid-19 could be reduced by halting the trade and sale of wildlife, and minimizing human intrusion into wild areas,’ said senior author Professor Andrew Jacobson at Catawba College in North Carolina.

The study has been published in Global Change Biology.