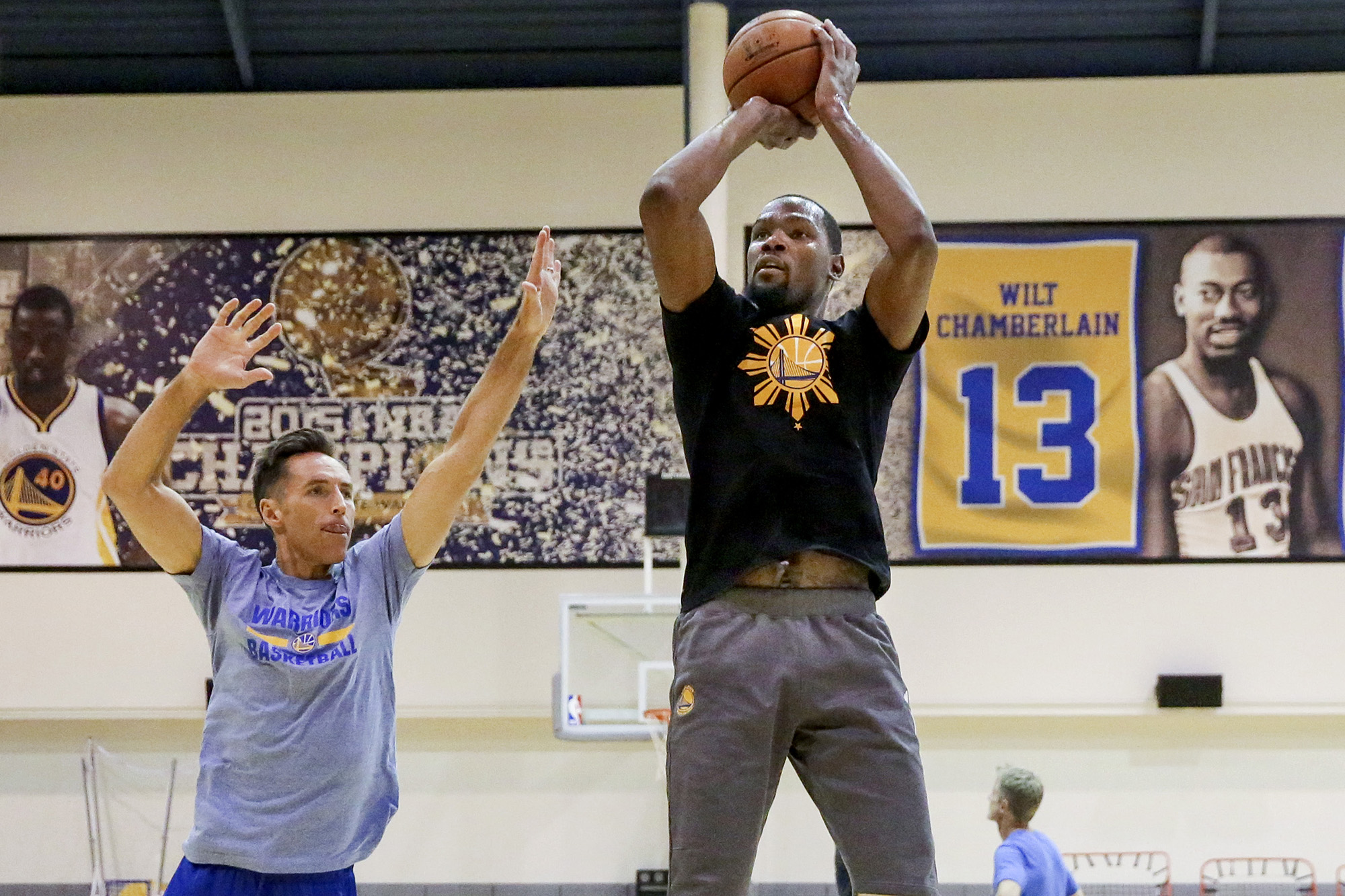 The Nets clearly wouldn’t have hired Steve Nash as their new head coach without the backing of stars Kevin Durant and Kyrie Irving.

Nash, the two-time NBA MVP, was named Brooklyn’s head coach Wednesday, one summer after the Nets made their big-splash free-agent signings in 2019. Nash was a consultant for the Warriors while Durant played for Golden State.

“(KD) is one of the greatest players I’ve ever seen and to have his confidence is really important,” Nash told The Undefeated’s Marc Spears on Wednesday. “There is a respect and admiration there for me.

“For me and Ky, our relationship is important. He is the (point guard) and I’m the coach and I’m thrilled I get the opportunity to know him better and to understand him, how he plays & what he sees & be here to help him refine his gifts.”

Durant was signed to a four-year deal worth $164.3 million contract last July but didn’t appear in any games last season while recovering from a torn Achilles suffered in the 2019 NBA Finals with Golden State. Irving (four years, $141 million) appeared in just 20 games in his first season in Brooklyn before undergoing shoulder surgery.

Steve Nash working individually with Kevin Durant was a post-practice scene about 7-10 times per year in Durant’s GSW tenure — typically every preseason, for a week midseason, near start of playoffs pic.twitter.com/CW1yS9mVI4

Nash, 46, will replace interim Nets coach Jacque Vaughn, who took over for fired Kenny Atkinson in March. Vaughn will serve as lead assistant coach under Nash, the team announced.

“The coaching itch was always there,” said Nash, who retired in 2014 and was inducted into the Hall of Fame in 2018. “In a way I kind of kept it to myself to give me the freedom of not being on the radar of coaching expectancy. I’ve always known in the back of my mind that I’d love to do it.”

UK unemployment MAPPED: The areas in the UK hit HARDEST by...