Heard ANY Biden jokes recently? Biased late-night shows told 97 percent of their gags about Trump in September and almost NONE about Democrat candidate

By Associated Press and Harriet Alexander For Dailymail.com

A survey of late-night shows has found that in September two of the main U.S. hosts cracked jokes almost exclusively at the expense of Donald Trump.

Ninety seven per cent of the jokes Stephen Colbert and Jimmy Fallon told about the candidates in September targeted Trump, a study released on Monday found.

The researchers found 455 jokes about Trump and 14 about Democrat Joe Biden, according to the Center for Media and Public Affairs at George Mason University.

That does not even count 64 jokes made about Trump’s family or administration, the study said.

‘When Trump’s onstage, everyone else is blacked out,’ said Robert Lichter, communication professor at George Mason. 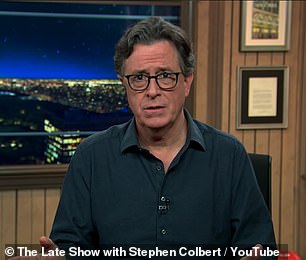 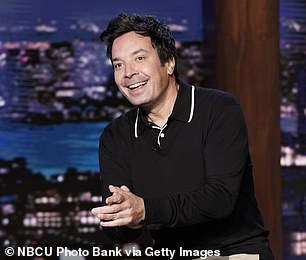 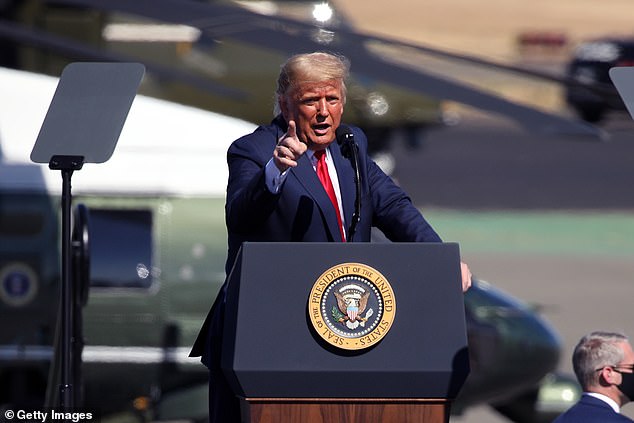 The president, pictured in Arizona on Monday, has provided endless amusement for writers

Lichter has been studying late-night humor and politics since 1992.

Republicans are usually targeted more than Democrats by the comedy writers, but the difference has never been this stark, he found.

The closest was the 2016 campaign, when Trump was the punchline for 78 per cent of the jokes to Hillary Clinton’s 22 per cent, the center said.

That survey is good news if, like Biden, your goal is to essentially make Trump the central issue in the campaign.

It may present a real challenge for the comics if Biden defeats Trump in next month’s election, however, as they will lose their star turn.

‘I think they will find a way to keep making jokes about Trump, even after he leaves office,’ Lichter said. 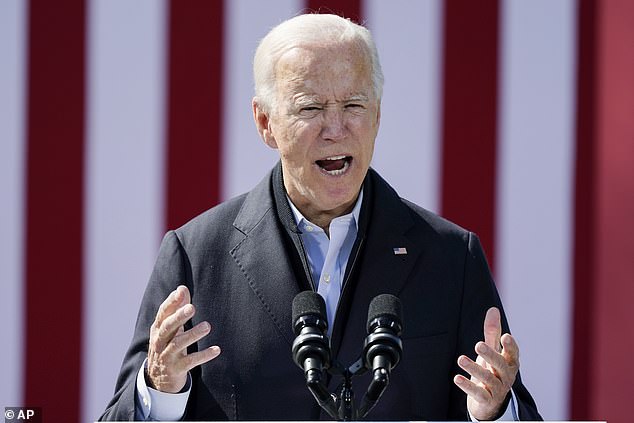 Biden has managed to avoid the mockery of late night comedians, so far