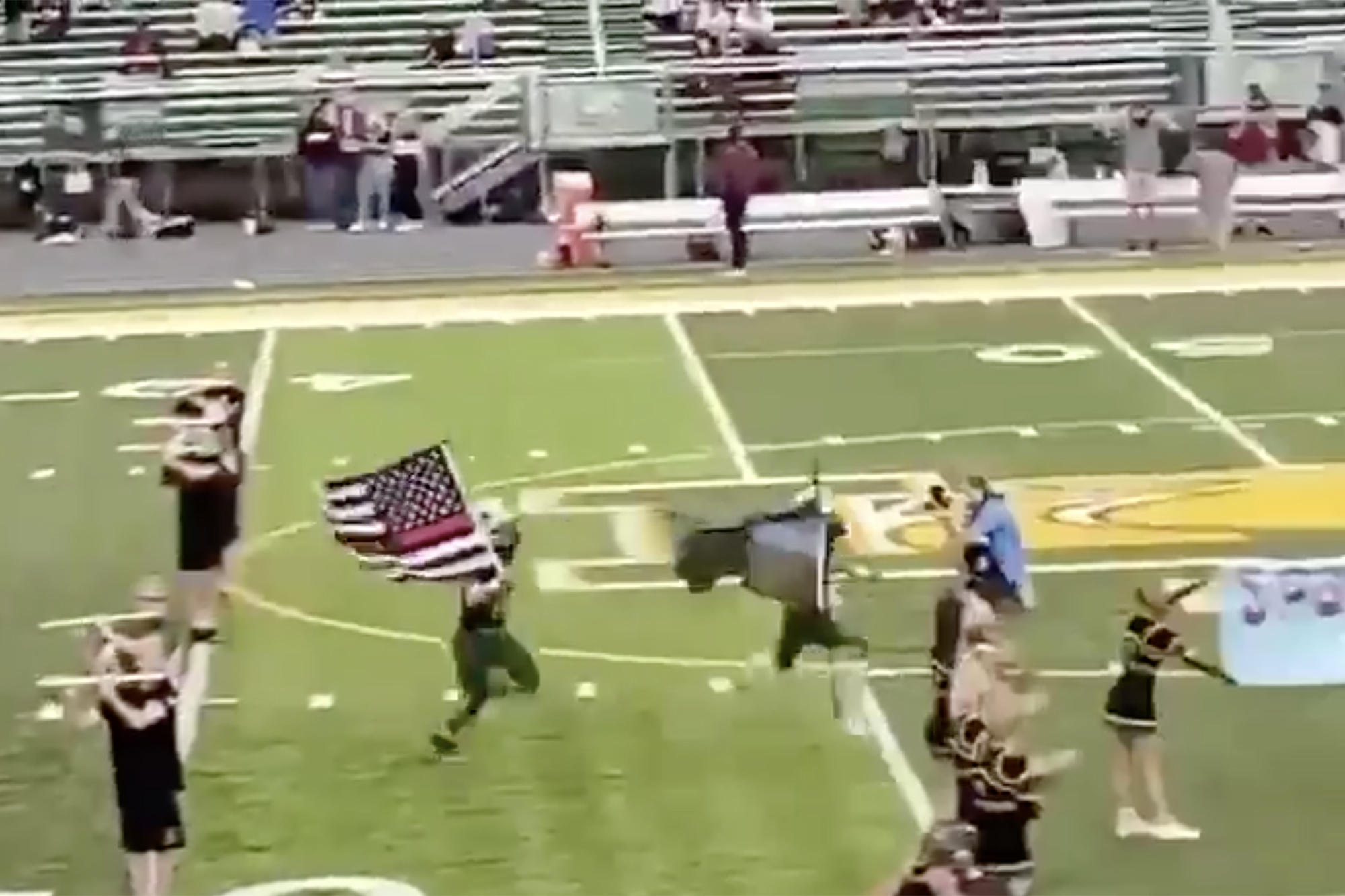 An Ohio high school suspended and then reinstated two of its football players after they brandished “thin blue line” and “thin red line” flags against the school’s requests, spurring a wave of controversy online.

Jared Bentley and Brady Williams of Little Miami High School waved the flags — meant to represent support for police officers and firefighters — prior to the school’s Sept. 11 game, according to a statement obtained by Fox 19. Bentley and Williams are the sons of a fireman and policeman, respectively.

According to the Marshall Project, “Those who fly the [thin blue line] flag have said it stands for solidarity and professional pride within a dangerous, difficult profession and a solemn tribute to fallen police officers. But it has also been flown by white supremacists, appearing next to Confederate flags at the 2017 ‘Unite the Right’ rally in Charlottesville, Virginia.” The flag has also become popular within the Blue Lives Matter movement, a response to Black Lives Matter that some believe marginalizes the latter’s message.

The school, which had been commemorating the Sept. 11 terrorist attack with a “Patriot Night” program, issued the following statement to Fox 19 Monday regarding the students’ suspension: “Little Miami Local Schools is saddened to see this story take such a negative turn. While we understand these students’ desire show their support of our first responders, they did not obtain permission from district officials. Administrators must act when students break the rules.”

After news of the suspension broke, it became the subject of criticism within conservative circles online, including Conservative Partnership Institute Chairman Jim DeMint. The Little Miami superintendent, Gregory Power, also told WKRC-TV he has received hate messages by email and voice mail since announcing the suspension of the players. And video of the flag-bearing posted by David Winter of WKRC Local 12 in Cincinnati has been viewed over 800,000 times on Twitter, and was even shared by Donald Trump Jr. with his thoughts.

“It’s outrageous that these students were punished for celebrating our amazing police officers,” he tweeted to his 5.6 million followers. “They showed real courage standing up for what they thought was right. Does anyone think @LM_Schools would have suspended them if they came out with BLM flags??? #BlueLivesMatter”

The school reversed course on Bentley and Williams’ suspensions on Tuesday, the Cincinnati Enquirer reported, after obtaining a message from the Little Miami school board.

“The results show that there were no political motivations behind this display of support for first responders on 9/11, but there were stances of insubordination,” school board president Bobbie Grice said. “Moving forward, Little Miami is returning the players to active status and this matter will be addressed as an Athletic Department Code of Conduct issue, with any potential consequences to be handled by coaching staff.”

Rockets star James Harden also received blowback after he wore a thin blue line mask in July, although he denied he was attempting to make a political statement.

“Honestly I wore it just because it covered my whole face and my beard,” he said at the time.