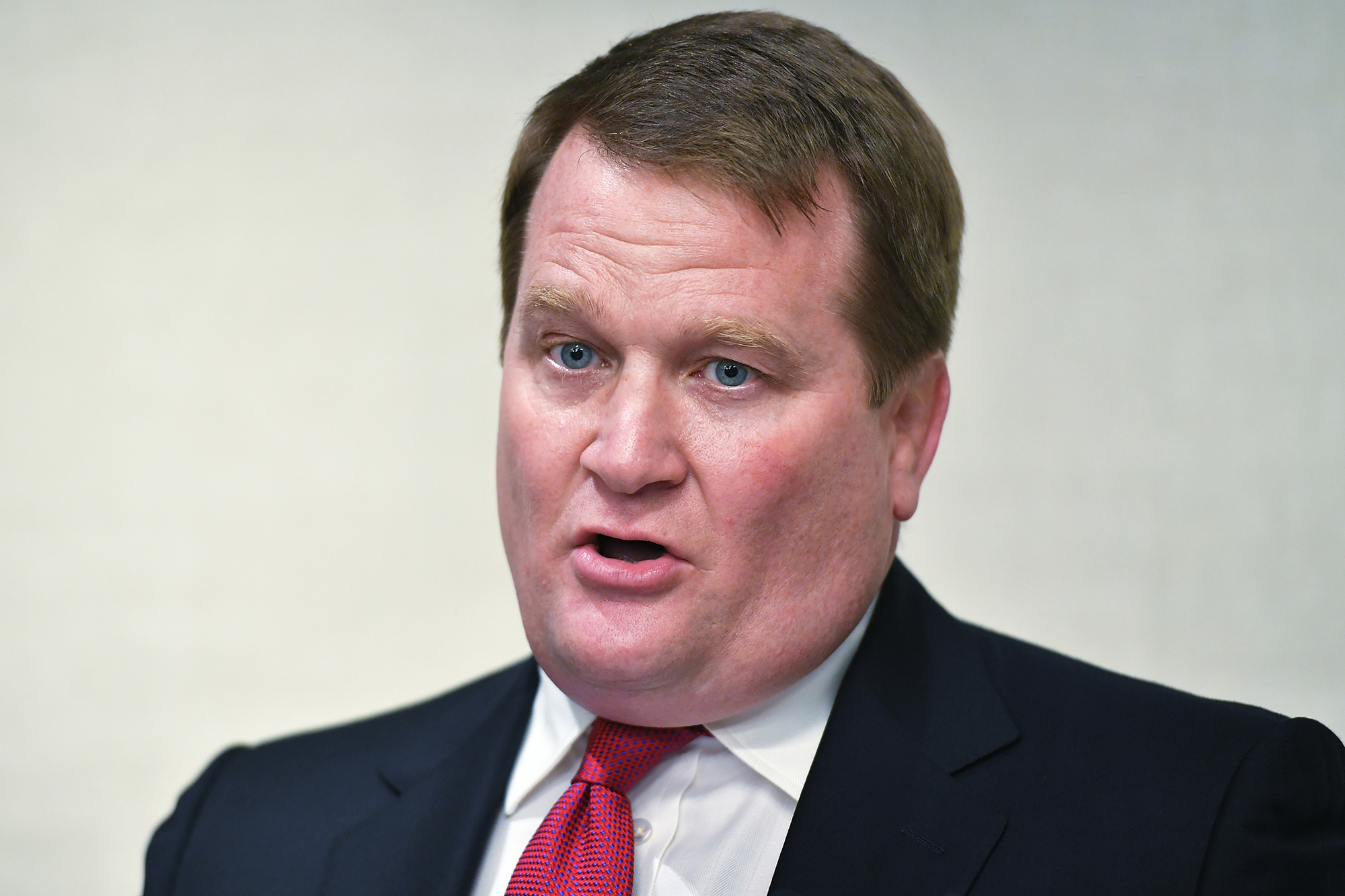 The former Hunter Biden business partner who on Thursday accused Democratic presidential candidate Joe Biden of lying about involvement in his son’s overseas business deals will speak Friday with the FBI.

Tony Bobulinski, a Navy veteran who gave a stunning press conference Thursday in Nashville, Tenn., just 90 minutes before the evening’s final presidential debate, will also hand over three phones to the feds to back up his claims.

“This morning lawyers for Tony Bobulinski informed the Senate Homeland Security and Governmental Affairs Committee and Senate Finance Committee that the FBI asked his client to sit for an interview today in addition to providing copies of his phones,” Wisconsin Republican Sen. Ron Johnson’s office said.

An interview with the Senate committees that was supposed to happen Friday has been delayed due to the FBI interview.

“I appreciate that the FBI has a job to do, and I am glad they are finally taking an interest in these concerning financial matters that our Committees have been investigating for months,” Johnson said.

“I expect that Mr. Bobulinski will speak with our committee as soon as possible and fully share his insights into the Biden family’s business dealings.”

The two Senate committees issued a 87-page report last month on Hunter Biden’s overseas business dealings. The report did not accuse Joe Biden of wrongdoing but detailed various deals and jobs and alleged Hunter Biden was paid $3.5 million in 2014 by the wife of Moscow’s former mayor, for unknown reasons.

“As part of the committees’ efforts to validate the authenticity of recently publicly released emails involving the Biden family’s international financial entanglements, we sent letters to five individuals identified in the emails. Those letters were sent yesterday, and the deadline is October 23, 2020,” Johnson and Grassley said.

“So far, the committees have received a response only from Mr. Tony Bobulinski, who appears to be willing to fully cooperate with our investigation. In fact, Mr. Bobulinski has already agreed to appear for an informal interview by the committees tomorrow, Friday, October 23, 2020.”

Bobulinski on Thursday showed reporters three phones that he said spanned 2015 to 2018, saying they were evidence that he would provide the FBI. Hours before, he corroborated to The Post the appearance of Joe Biden being cut into the China business proposal.

“The reference to ‘the Big Guy’ in the much publicized May 13, 2017 email is in fact a reference to Joe Biden,” Bobulinski told The Post.

President Trump attacked Biden for alleged corruption at the debate.

“You’re ‘the big man,’ I think. Your son said we have to give 10 percent to the big man. Joe, what’s that all about? It’s terrible,” Trump said, referring to a 2017 email recovered from a hard drive formerly belonging to Hunter Biden, which describes a 10 percent set-aside for “the big guy” as part of a prospective deal involving China’s largest private energy company.

Johnson, chairman of the Senate homeland security committee, confirmed last week to The Post that his committee is working with a Delaware computer repairman who provided The Post access to the hard drive formerly owned by Hunter Biden, via Trump’s personal lawyer Rudy Giuliani.

The repairman, whose identity The Post confirmed before publication, reached out to Johnson’s staff last month just one day after the Senate report on Hunter Biden, saying he had additional information. He spoke with three committee staffers the week before The Post’s expose.

Johnson on Wednesday slammed federal agencies for being non-transparent about allegations involving Joe and Hunter Biden. The repairman says the FBI took possession of Hunter’s laptop in December, meaning it may have been in federal possession when Trump was impeached for asking Ukraine to investigate the Bidens, including Hunter Biden’s reported $83,000 a month job on the board of Ukrainian gas company Burisma. At his Senate trial, some of Trump’s defense team argued there was legitimate basis to investigate possible corruption.

An Ohio man was arrested for allegedly whipping out brass knuckles during an argument about wearing a mask in Walmart, police said. Colyn Tusing, 20,...
Read more
News

A senior CIA officer was killed during combat in Somalia, according to reports. The officer — who wasn’t named — was a former member...
Read more

The Centers for Disease Control and Prevention has warned that the United States is still missing nearly eight coronavirus infections for every one counted. Daily...
Read more
Load more