An Oklahoma woman who beat coronavirus twice has said the second bout nearly killed her.

Leslie Tanyan, 46, had only mild symptoms when she first caught Covid-19 in June.

When she started to feel unwell again in August, Tanyan said doctors initially didn’t even test her for the virus, which she thought she was immune to.

That was until her husband rushed her to hospital mid month when she started struggling to breathe and losing consciousness. 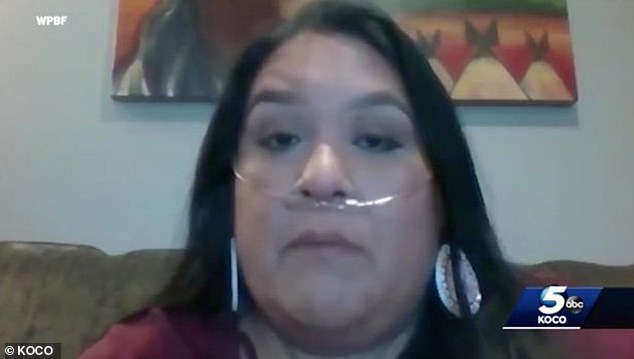 Leslie Tanyan, 46, has spoken about her two battles with coronavirus, saying she had only mild symptoms the first time before becoming seriously ill after contracting the virus again months later 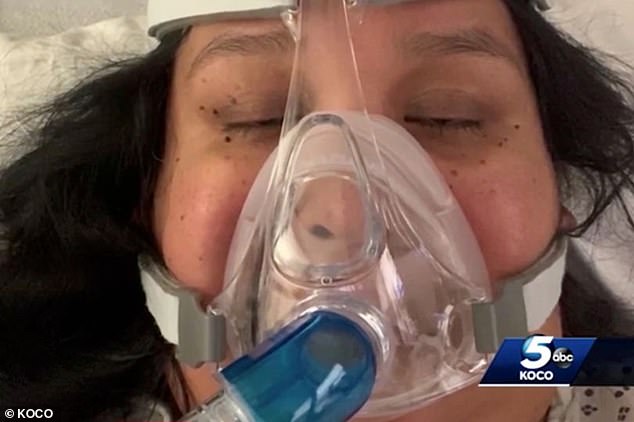 ‘It’s scary and you feel alone’: The Native American woman from Oklahoma stayed in hospital for three weeks before being transferred to a long term care facility where she spent another month

‘You feel like your head is going to explode because it gets so much pressure, because you’re not getting any oxygen,’ Tanyan told Koco News.

The second time round, Tanyan, who is Native American, stayed in hospital for three weeks before being transferred to a long term care facility for a month to have treatment for her damaged lungs.

In October, the former tribal secretary of the Iowa Tribe of Oklahoma, was finally allowed to return home and has warned people to take precautions to protect themselves against coronavirus.

‘It’s scary and you feel alone. It’s not like the flu. That’s something I want to say. The flu you can get over in three days,’ she said.

Tanyan added that she felt ‘very lucky’ to have survived her second infection after falling so seriously ill.

‘Not many people who get to that part make it,’ she said.

Tanyan is at least the second woman in Oklahoma to contract the virus twice.

Earlier in October, parole and probation officer Tisha Davis, 41, also spoke of having had fairly mild symptoms after the first infection only to be hospitalized for eight days the second time round.

On September 30, Davis was released from hospital to continue her recovery at home. 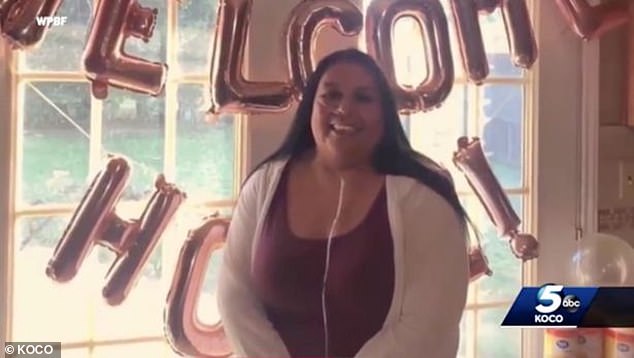 Tanyan (pictured) is now home. She is at least the second Oklahoma woman to contract coronavirus for a second time. Parole officer Tisha Davis also had mild symptoms the first time before becoming seriously ill after contracting the virus again

Alexandra Shulman and Kate Moss are pictured together in September 2016My favourite memory of Kate Moss...
Read more
U.S

Alexandra Shulman and Kate Moss are pictured together in September 2016My favourite memory of Kate Moss...
Read more
Load more