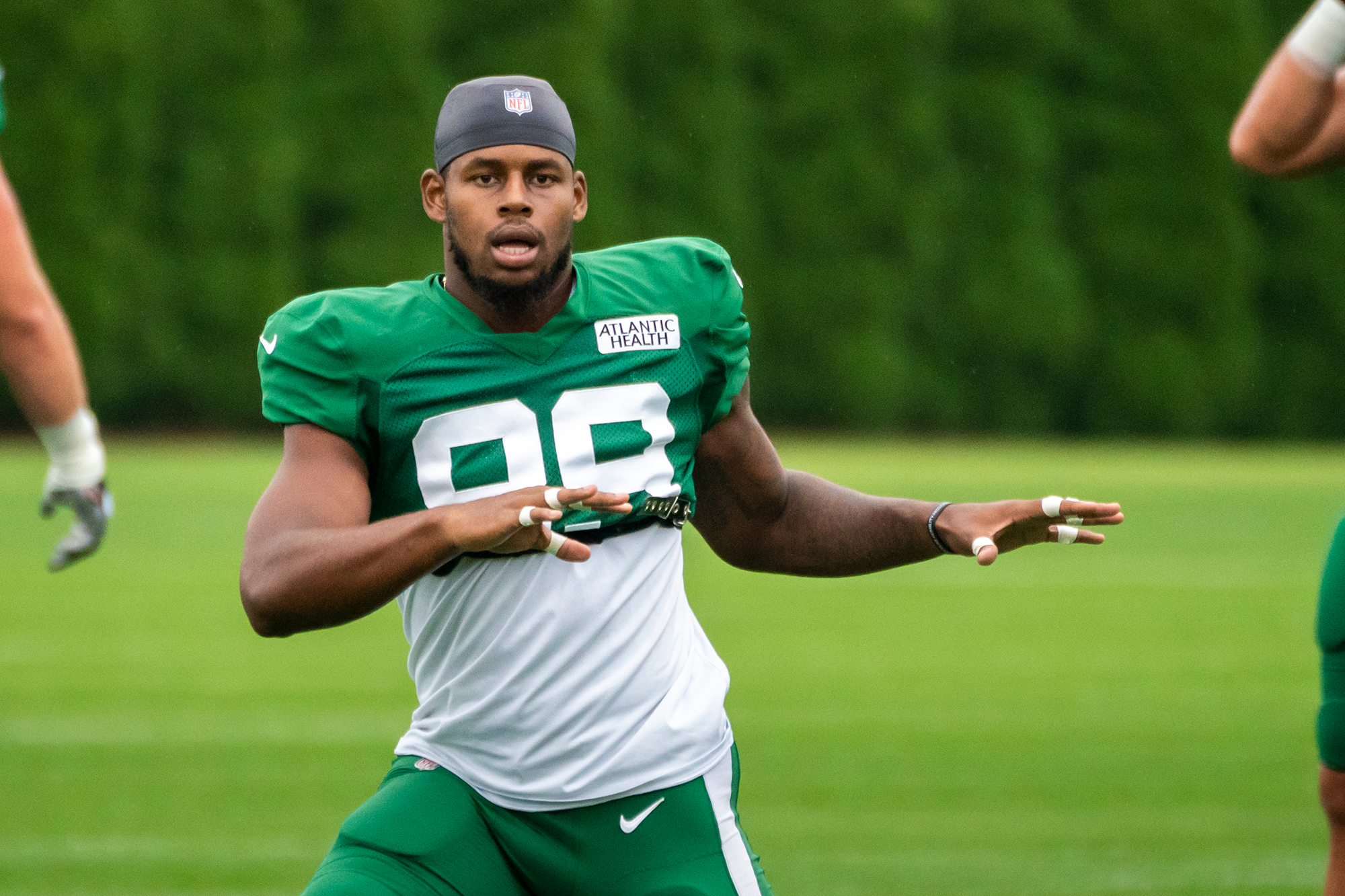 After weeks of bad injury news, the Jets got some players back on the field Wednesday. Rookie WR Denzel Mims was the headliner, practicing for the first time in camp. CB Pierre Desir also returned to practice. The Jets also got good news on TE Chris Herndon, who returned to practice after leaving Tuesday’s with tightness in his chest.

Second-year CB Bless Austin has had a strong camp, but he got lost in coverage on Wednesday on one deep pass. QB Sam Darnold put a lot of air under a pass to WR Donte Moncrief, who had to wait on the ball. Austin had no play on the ball and gave up a long completion.

Undrafted rookie CB Lamar Jackson had two pass breakups. Jackson is 6-foot-2 and uses his size in jump-ball situations. He could stick with the Jets on the practice squad.

LG Alex Lewis was a new addition to the injury report. He injured his shoulder in a collision on Tuesday, but coach Adam Gase sounded optimistic he would not be out long. WR Breshad Perriman (knee), OLB Tarell Basham (ankle) and DE Jabari Zuniga (quad) did not practice but were running on a side field. WR Jeff Smith (shoulder), S Marcus Maye (calf) and WR Braxton Berrios (back) did not practice. OL Cameron Clark injured his knee in practice.