‘He’s on another level – he’s always a step ahead of everyone else’: Inter Milan striker Lautaro Martinez hails international team-mate Lionel Messi as the best player in the world

Barcelona star Lionel Messi is on ‘another level’, according to international team-mate Lautaro Martinez.

The record six-time Ballon d’Or winner has had an incredible career, one which has been spent at the very top of the game, and Inter Milan striker Lautaro has described him as a ‘step ahead of everyone else’ in the football world.

Since making his debut for Barca at the tender age of 16, Messi has gone on to become one of the all-time greats of the sport. 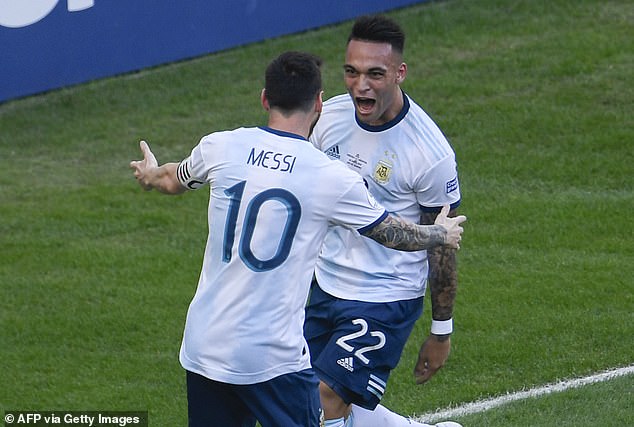 Cristiano Ronaldo is the only player that has ever competed with Messi’s considerable achievements, with the two men constantly trying to better the other.

Lautaro, however, believes his fellow Argentine is ‘the best player in the world’.

The 23-year-old striker hopes playing alongside Messi for his country will help him develop his own game and become a better, more complete player.

‘I know Leo more from the times we’ve been team-mates for the Argentine national team rather than from having come up against him,’ Lautaro told UEFA’s official website. 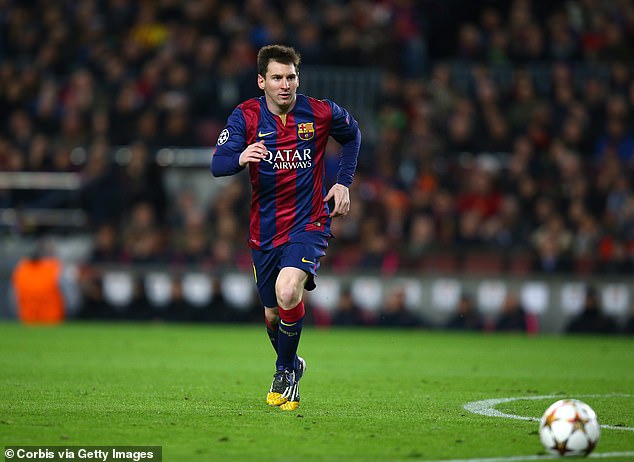 ‘I’ve said it in the past, and will say it again now and in the future: he’s the best player in the world.

‘The fact he’s Argentinian is a source of pride for us and we always try to learn from him.

‘For me, he’s on another level – he understands the game in a different way and he’s always a step ahead of everyone else.’

Lautaro was long linked with a transfer to Barcelona but the move reportedly didn’t appeal to him after Messi made clear his desire to leave the Catalan club. 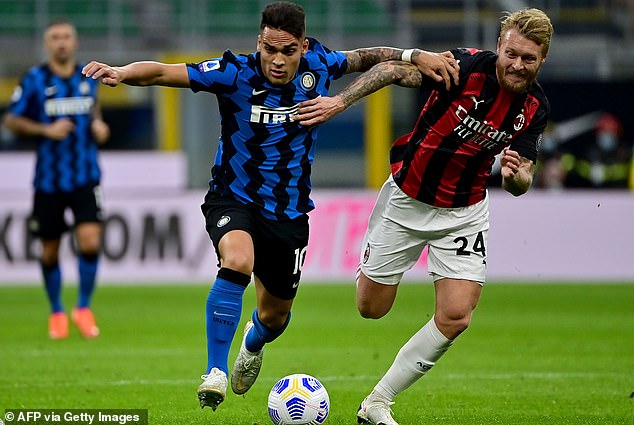 Lautaro is in the fortunate position of having another legendary Argentine to learn from, because Javier Zanetti is vice-president of the Serie A runners-up

‘Javier is a very important Inter man, and for us (players) as well because he passes down to us everything he’s experienced at this club,’ added Lautaro, who started for Inter in their 2-1 defeat by city rivals AC Milan on Saturday.

‘He did so to me when I first came to Italy. Whenever I’ve needed something, he’s always tried to help me.

‘He always lends an ear and asks how I’m doing or gives me a hand with anything I might need. He’s always there to make sure I’m alright inside the club and outside too.

‘Above all, he helped me with the language when I arrived, with what the club meant and how we train.

‘He was very important in those matters, so I’ll always be grateful to him. He really helped me out when I got here.’