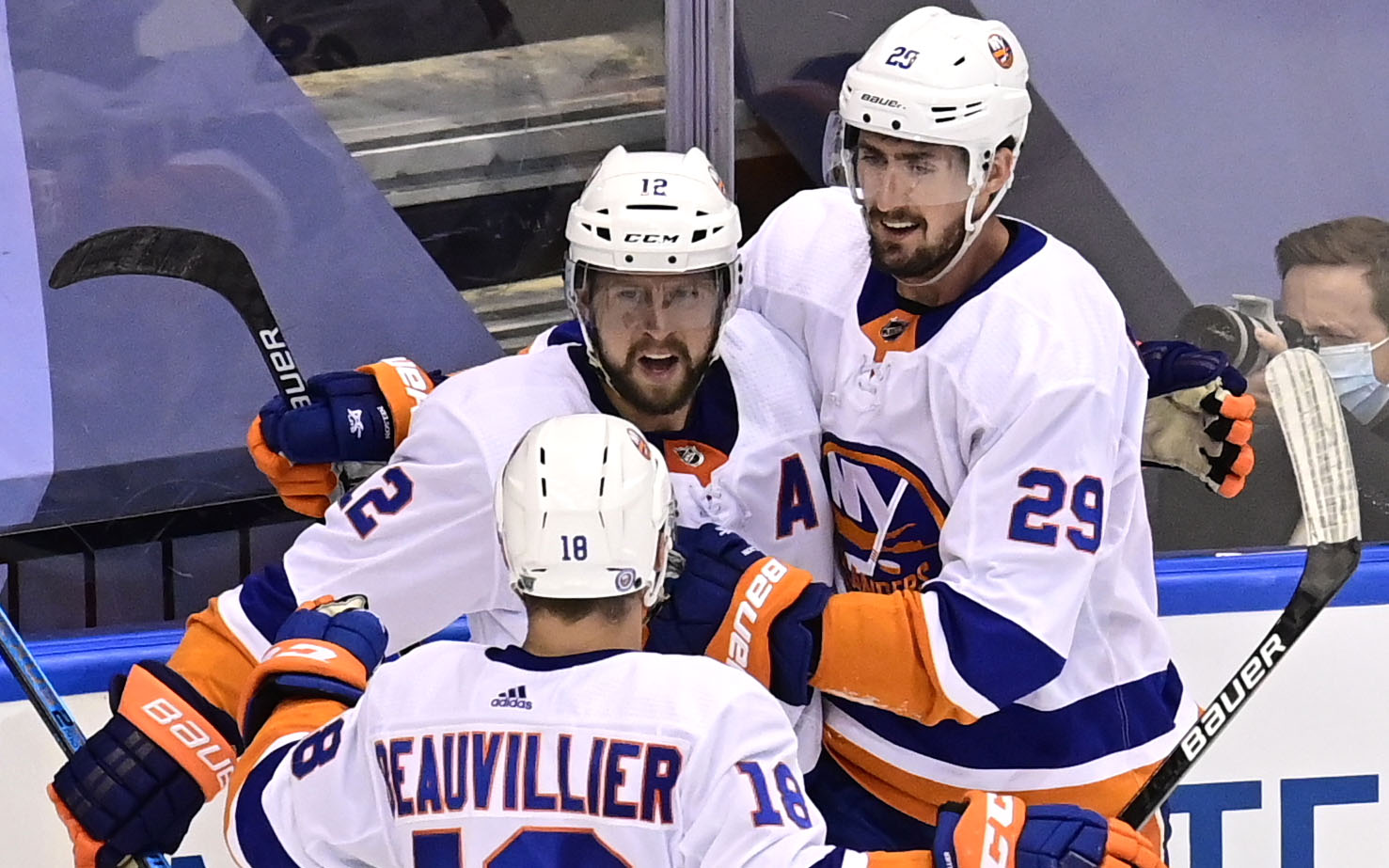 The Islanders are headed to Edmonton for the Eastern Conference finals.

Skating the top-seeded Flyers off the ice and ultimately out of the Stanley Cup playoffs Saturday night in Toronto, the Islanders took Game 7 in convincing fashion with a 4-0 victory, securing a spot in their first conference finals since 1993.

They will take on the Tampa Bay Lightning in Game 1 on Monday night.

The Islanders held Philadelphia to just nine shots through the first 40 minutes, effectively playing heavy on the forecheck and sticking to the 200-foot game that has served them well this postseason. Any inch the Flyers attempted to take, the Islanders smothered.

Once again, it was a complete team effort. After Scott Mayfield’s first-period goal, the Islanders now have 16 different players who have scored this postseason.

Thomas Greiss, who appeared in his first Game 7, turned aside 16 shots for his 14th career shutout in just his second start this postseason.

Greiss, playing for the first time since Game 4, had an early scare as a redirection from Jakub Voracek went under him and off the post less than a minute into the game. Voracek jump-started another opportunity shortly after with a hard shot that Claude Giroux attempted to tip in before Greiss stopped it.

Mayfield’s patience with the puck paid off as he carried it in before going bar down over Flyers goaltender Carter Hart at 9:27 to give the Islanders a 1-0 lead midway through the first period. The Islanders’ first line rode the momentum and pinned the Flyers in their zone, with Barzal dishing the puck to Lee who attempted to backhand the puck in but was stifled by Hart’s pads.

The Islanders, who outshot the Flyers 10-6 in the first period, continued to control the pace of play. Brassard got things going again after faking a shot and then sending a cross-ice pass to Andy Greene for the one-timer into the open net to go up 2-0 at 13:13 of the period. It was Brassard’s fourth point in the last three games.

Greene became the third-oldest defenseman in NHL history to score in a Game 7 at 37 years and 311 days old.

Voracek was called for high-sticking J-G Pageau toward the end of the first, giving the Islanders a power play to open up the second period but they weren’t able to capitalize, with Jordan Eberle failing to get a stick on a bouncing rebound.

Hart stood tall through a slew of Isles shots later in the second. Nelson entered the Flyers’ zone with speed and got two shots off on the doorstep that Hart saved before he stopped a shot from Nick Leddy as well. Anthony Beauvillier then attempted to bat the puck out of midair and it rang off the post at 7:30.

Nelson forced a turnover in the defensive zone to jump-start an odd-man rush that ended with Josh Bailey connecting with Nelson for the easy put away on the other end of the ice at 11:26 to give the Islanders a commanding 3-0 lead.

Bailey’s assist was his 14th of the postseason, which counts as the most by an Islanders player during a single postseason since Bob Bourne (20) in the organization’s last Stanley Cup-winning season in 1983.

With just over five minutes left in the second, Greiss came up with a big save on Kevin Hayes before Adam Pelech jumped in front of an Oskar Lindblom shot to keep the Flyers off the board.

Protecting a 3-0 lead in the third, the Islanders had to buckle down after Nelson was penalized for a delay of game at 6:27. But Philadelphia recorded no shots on the power play as the Islanders’ penalty kill finished the series a perfect 13-for-13.