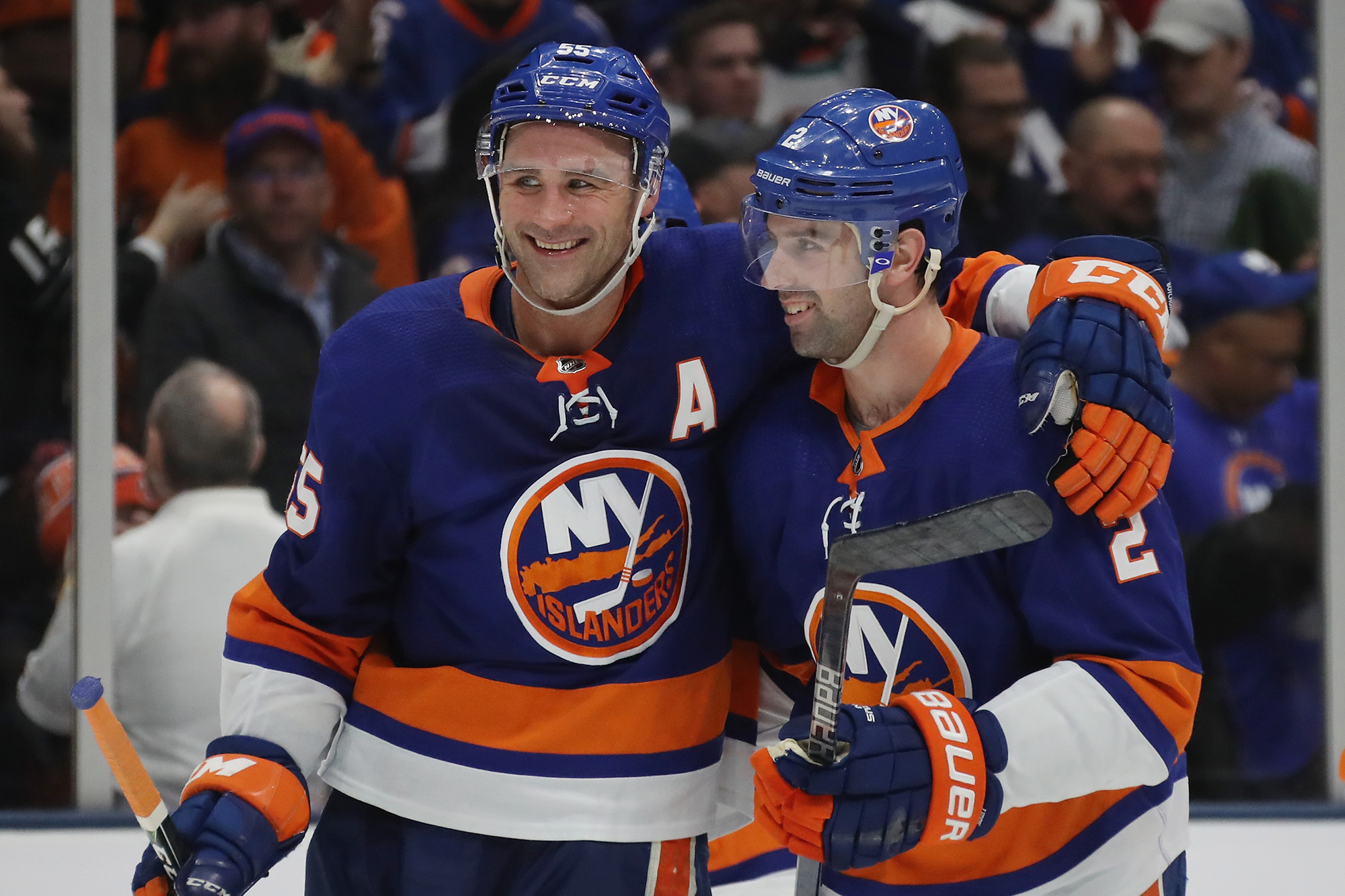 Islanders head coach Barry Trotz said it’s “highly probable” that defenseman Johnny Boychuk will be ready for Game 1 of the first round series with the Capitals on Wednesday.

However, just because Boychuk is seemingly recovered from the late and high hit he took from Panthers defenseman Mike Matheson during Game 1 of the play-in series, doesn’t necessarily mean Trotz will plug him right back in. Trotz had admitted to wanting to give the “traditional” Islanders the first crack at the play-in series, but Boychuk’s injury forced him to test his team’s depth.

Veteran defenseman Andy Greene stepped up and filled in quite effectively for Boychuk alongside Nick Leddy, which will give Trotz something to consider going into this next series.

“I think all the guys that you have on your lineup night in and night out, we feel like we have really good depth and there’s some really tough decisions,” Trotz said on a Zoom call following Monday’s practice. “It does make it tougher. The good thing about once you start the playoffs, everybody just wants to win. They’re prepared and if you tap them on the shoulder, they’re ready to go. And if you don’t, they’re disappointed but they won’t show it. They prepare and hope that they get the tap the following game.”

The 36-year-old Boychuk has been a staple on the Islanders defense since he was traded from Boston in October 2014. But the Islanders acquired Greene, who notched a secondary assist in his series debut in Game 2 on Matt Martin’s goal, in February to bolster and add more experience to the back end.

“I think since I got here, six years ago now, that’s been one of our biggest strengths is our depth [on defense],” said Leddy, who was paired with both Boychuk and Greene during the Panthers series. “When a guy goes down, we have many guys that step in and take the role. I think that’s what makes our team special, too. We have so much depth and when a guy does go down, it can be a little nerve-racking at the beginning. … When you play with a guy you find tendencies and you know how he plays, but Andy came in and stepped in and we molded pretty well. The biggest thing is communicating.”

Trotz also said that forward Ross Johnston is definitely “in the mix” for cracking the Islanders’ lineup against a physical Capitals team.

“You’re constructing your roster for your opponent,” Trotz said. “Coming into the bubble, Ross has made such great strides as a player the last two years really. He’s in the mix for sure, especially against a big team like Washington. We’ve got lots of size, they have lots of size so it should be a hell of a series.”

Johnston has yet to make his 2020 playoff debut after being a healthy scratch through the play-in series with the Panthers. He registered three goals and one assist during the 2019-20 regular season, his fourth with the team.

The NHL reported no positive COVID-19 test results in its Toronto and Edmonton bubbles for the second week in a row.

Yankees’ maddening streakiness will make or break them