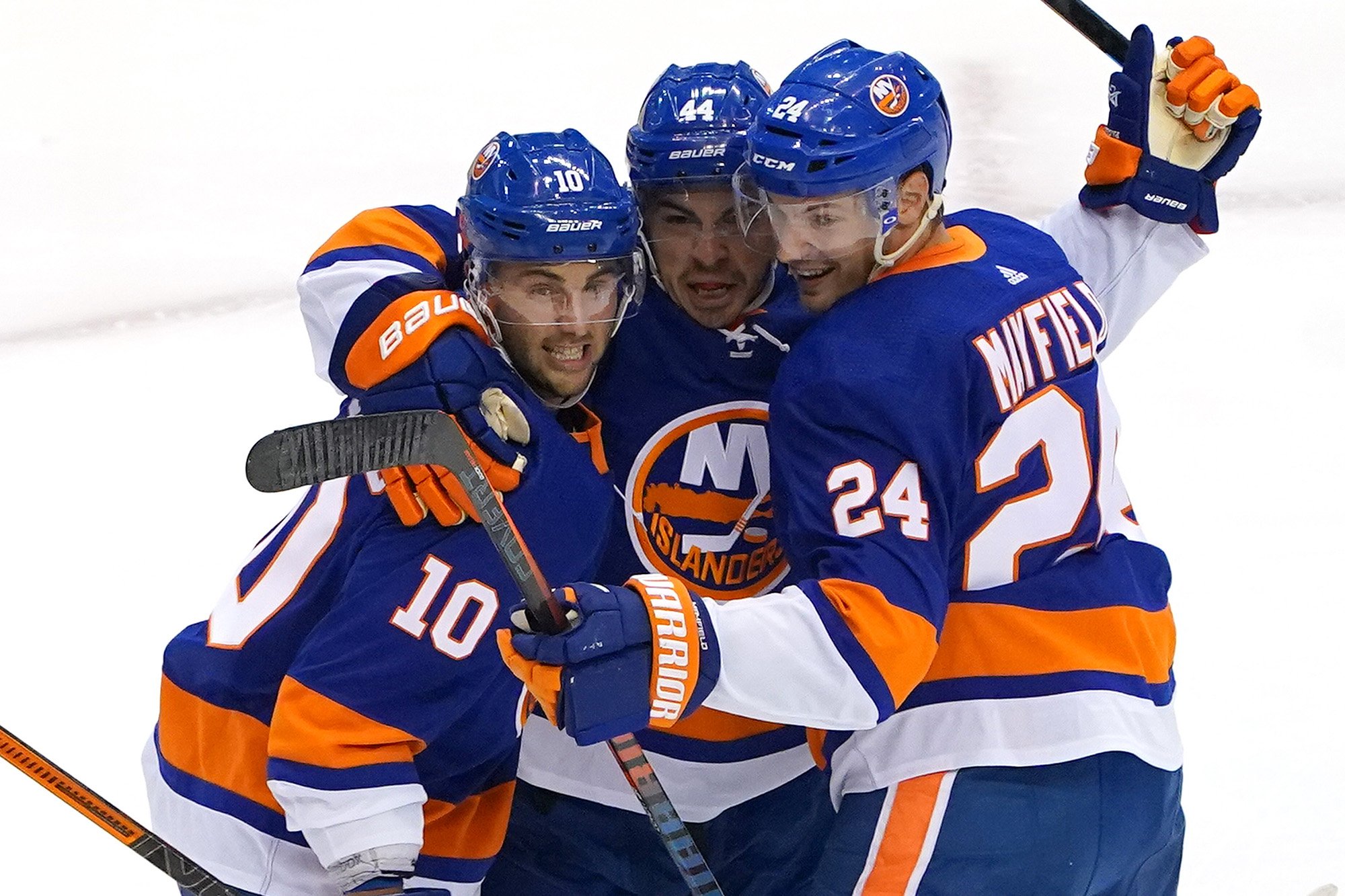 The Islanders have been trying to reconnect with their identity for quite some time.

It may have taken a four-month hiatus from the NHL because of a global pandemic to shake off the seven-game losing streak they finished the 2019-20 season on, to have their roster’s health fully restored and to reignite the faith they have in their team, but it appears the Islanders may have finally found it again.

The Islanders defeated the Panthers 2-1 Saturday evening at Scotiabank Arena to secure Game 1 of the best-of-five qualifying round in Toronto, behind a 27-save performance from goaltender Semyon Varlamov.

The Islanders’ middle six forwards rose to the occasion, with Anthony Beauvillier and J-G Pageau chipping in a goal each and combining for eight shots on goal. It looked like the Islanders’ brand of hockey, not the Panthers’.

But the Panthers battled for 60 minutes, challenging the Islanders with an early third-period goal from Jonathan Huberdeau that made it a one-goal game. The Islanders remained level headed and finished the job.

Florida came out strong from the beginning, putting Huberdeau, Aleksander Barkov and Evgenii Dadonov out on the ice to start the game. Nevertheless, it was the Islanders who set the pace from puck drop.

The Islanders carried their momentum from Wednesday’s exhibition win over the Rangers right into the first period Saturday, holding the Panthers without a shot on goal through nearly the first 10 minutes. Playing big in the neutral zone and heavy on the boards, the Islanders came out of most battles with the puck.

From the left corner, Derick Brassard fed a crashing Pageau for the tip-in past Panthers netminder Sergei Bobrovsky to put the Islanders up 1-0 at the 12:00 mark.

The second period took a turn when Florida defenseman Mike Matheson laid a late and high hit on Johnny Boychuk that sent him down to the ice hard and then into the locker room for the remainder of the game. After a review, the penalty was reduced from a five-minute major to a two-minute minor, but still gifted the Islanders their third power play of the game.

Maintaining control through the man-advantage, the Islanders circulated the puck to Anthony Beauvillier for a one-timer that went five hole on Bobrovsky at 3:39 of the second period to make it a two-goal game.

As time ran out in the second, Bobrovsky kept the score 2-0 after stopping a two-on-one opportunity for Beauvillier and Brock Nelson. Florida ended up outshooting the Islanders 12-9 in the second.

The Panthers wasted no time in the third, crashing on Varlamov as Huberdeau found the back of the net 23 seconds in to make it 2-1. Shortly after, Brassard connected with a trailing Pageau for back-to-back shots that Bobrovsky denied.

But the Islanders held on to take Game 1.

Countries beating the coronavirus are getting 'rewarded' in the stock market,...

Countries beating the coronavirus are getting 'rewarded' in the stock market,...