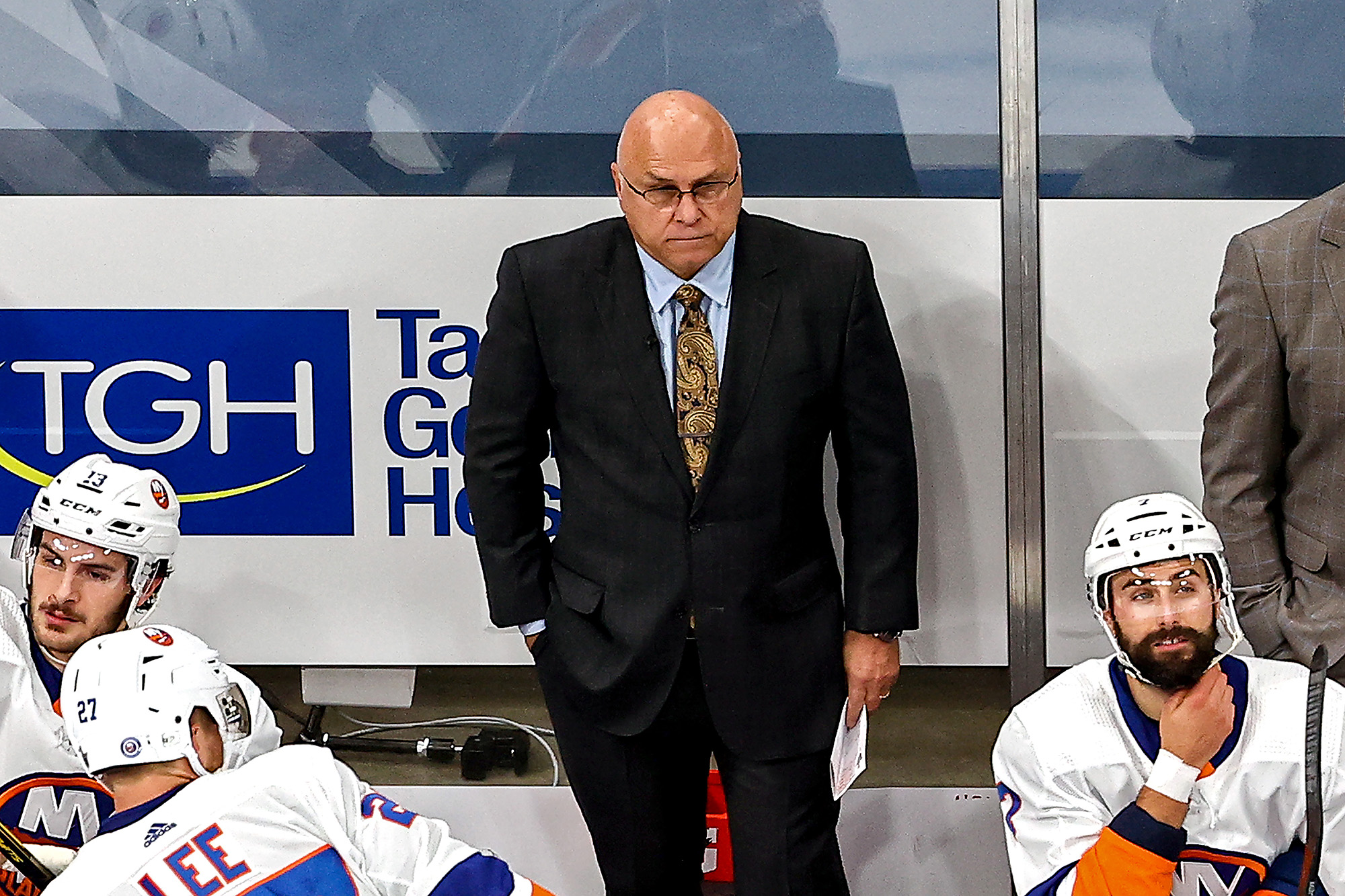 Forgive Barry Trotz if he can’t describe exactly how the Islanders were able to kill off a four-minute penalty, at the end of regulation and the start of the first overtime, with their season on the line Tuesday night.

“I’m blanking on it because I almost had a heart attack when we took a four-minute penalty at that time of the game,” Trotz said Wednesday. “But a lot of it was a lot of commitment.”

Trotz could smile about it a day later, after the Islanders had pulled out a 2-1 win in double overtime of Game 5 against the Lightning. But it was no laughing matter Tuesday night when Anthony Beauvillier went to the box for a high-sticking penalty with 1:23 left in the third period.

The Islanders were able to kill it off, though, allowing just two shots on goal during the four-minute penalty.

“It was just real good reads, the penalty killers being prepared and then huge sacrifice when we needed it,” said Trotz, who credited associate coach Lane Lambert with making a slight adjustment on the kill. “We took away a couple of their options. They still got some almost looks that could have been very dangerous. It’s just the preparation that went into it, the commitment that went into it, and you’re going to need a save or two and all that happened.

“You talk about pressure moments, big moments where you could be out of a series, guys rallied around that penalty, around Beau, because Beau is a big part of what we do, and got it done.”

Brayden Point’s status for Game 6 remains up in the air. The dangerous Lightning center missed Games 3 and 5 — both Islanders wins — with an injury, but coach Jon Cooper said his availability would not be determined by the status of the series.

“In this situation … I’m hoping it’s not the last time we’re going to see Pointer, and we might be able to see him as early as [Thursday] night,” Cooper said. “I don’t have the answer for that. We put the player first, and then we just go from there.”

Point has tallied three goals and four assists in three games this series.

Semyon Varlamov turned into a popular GIF on Tuesday night when he belly-flopped into the Islanders’ celebration, but Trotz said the goalie’s show of emotion was not uncharacteristic.