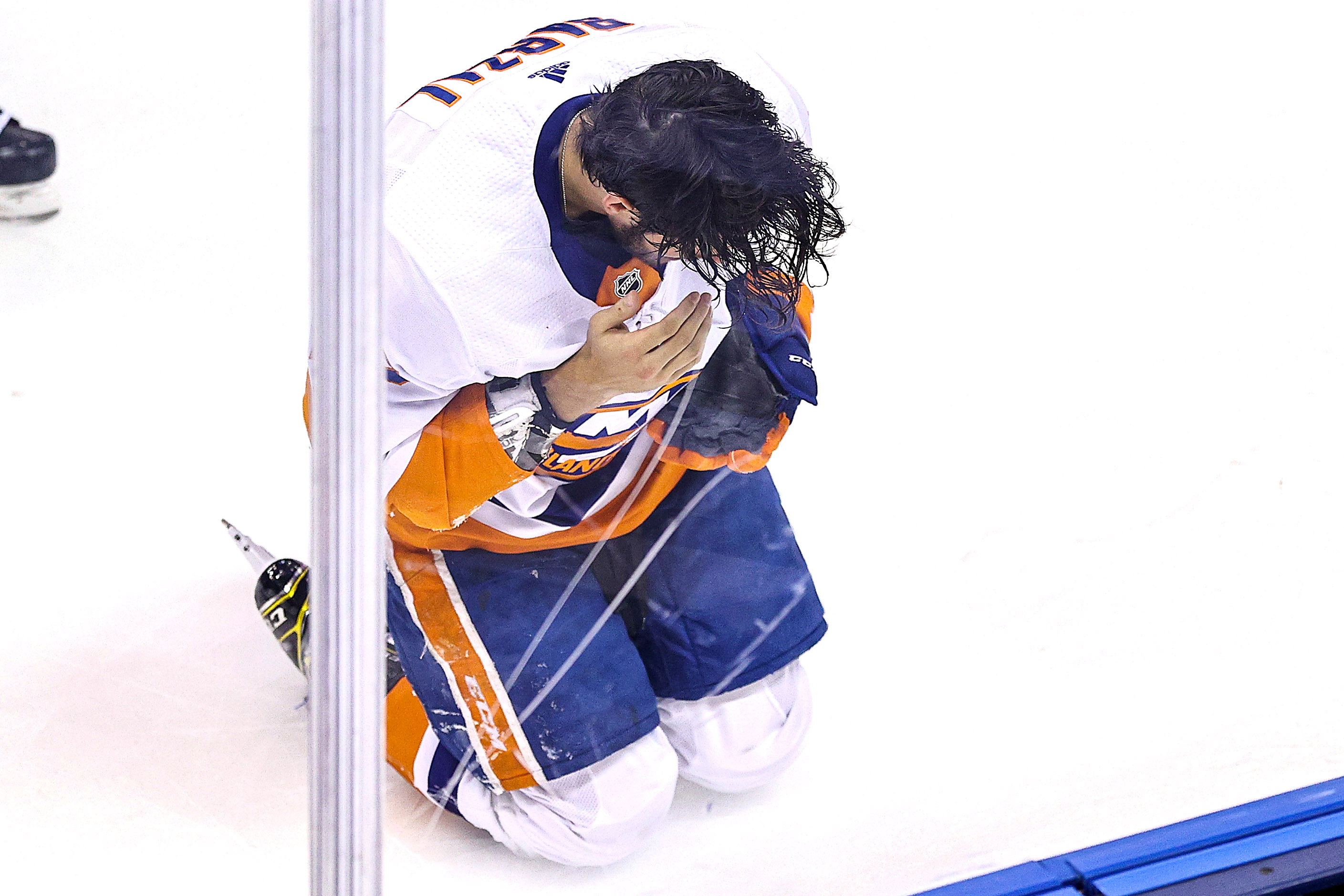 Still, it sounds as if the Islanders’ first-line center already is showing signs of improvement after taking a stick to the face in the third period of Tuesday’s 4-3 overtime loss to the Flyers in Game 5.

Barzal left Game 5 with a bloodied towel over his face after being struck by Claude Giroux’s stick on a follow-through of a shot with a shade under five minutes remaining in regulation.

Without their regular-season leading scorer, the Isles rallied from a 3-1 hole to tie the score on goals by Brock Nelson and Derick Brassard, but Barzal did not return to the ice for the overtime period.

J-G Pageau moved up from the third line to take Barzal’s spot on the top unit between Anders Lee and Jordan Eberle and the Isles had multiple legitimate scoring chances to start the extra session, but the Flyers stayed alive on Scott Laughton’s deflection goal to force Game 6.

“I thought our response was strong (Tuesday) night,” Trotz said. “Obviously we came back and got it tied up and we had the game on our stick three times pretty early in overtime. We weren’t able to find the back of the net. We had Nellie and Toews had those opportunities, but we responded well. That wasn’t a problem.

“I think the guys that are not in the lineup, they’re ready to jump in if we have to go there. I’m not worried about that aspect. I think everyone that we’ve put in the lineup has responded pretty well.”