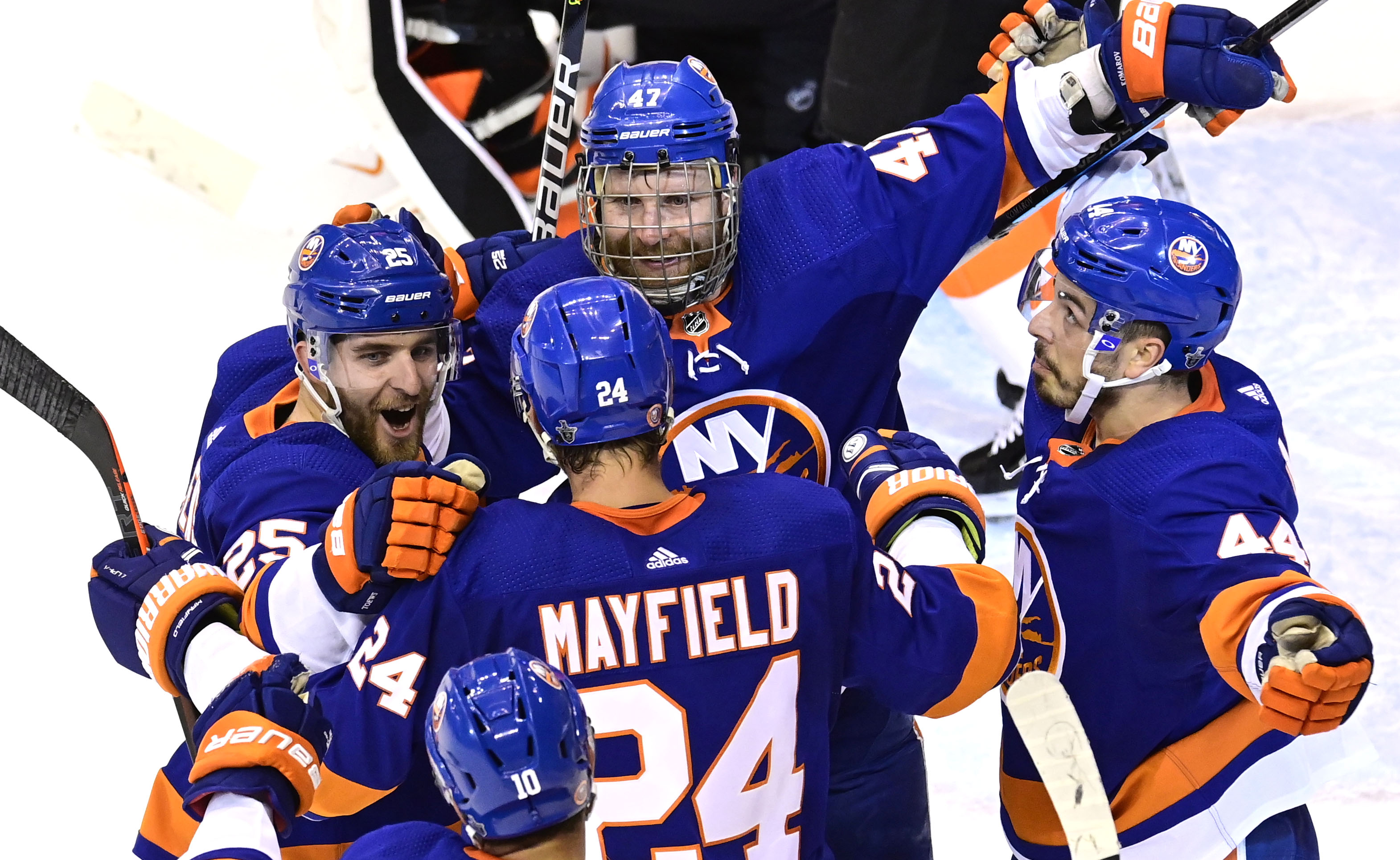 Islanders head coach Barry Trotz said Game 3 was going to be a “swing game,” and his team effectively swung the Eastern Conference semifinals series in their favor.

With a 3-1 victory over the Flyers on Saturday night at Scotiabank Arena in Toronto, the Islanders took a 2-1 series lead over the Flyers in the front end of back-to-back games this weekend. It’s the third time the Islanders have bounced back immediately after a loss since entering the Toronto bubble.

For the second straight game, the Flyers dominated the Islanders in the opening 20 minutes and came out with a 1-0 lead. But it didn’t take long for the Islanders to snap out of it and take control of the rest of the game, putting an end to the Flyers’ 8-0 record this postseason when they scored the first goal of the game.

Protecting a 2-1 lead at the start of the third period after a late goal from Leo Komarov, the Islanders earned the first power play of the night after Robert Hagg was called for slashing. Putting in work in front of Flyers goaltender Carter Hart, Anders Lee flipped the puck, which hit off Hart’s stick and in at 3:41 for the 3-1 score.

Hart again kept the Flyers competitive throughout the game, turning aside 26 of the 29 shots he faced. Islanders goaltender Semyon Varlamov wasn’t tested as much until he saw seven straight shots in the third period, saving 26 of 27 in the game.

The Flyers got their legs underneath them much quicker than the Islanders, after all NHL clubs took off two days from game action in solidarity with protests against racial injustice. With significant pressure in the Islanders zone to start, Philadelphia recorded five of the first six shots of the game.

Unable to maintain possession long enough to get anything going, the Islanders struggled to set anything up in the first period. Following another long shift in the Isles’ zone, Tyler Pitlick sent a hard shot through traffic from the top of the left faceoff circle that beat Varlamov glove side at 14:18 to lift the Flyers up 1-0.

The Islanders’ best chance of the first came on a rebound that Anthony Beauvillier couldn’t put away before Brock Nelson had his shot deflected out of play by Hart. Managing to even the shots on goal 9-9 by the end of the period, the Islanders added some urgency to their game.

Three minutes into the second period, a strong shift from the Islanders’ first line resulted in a wraparound chance from Mathew Barzal that danced along the goal line before his one-timer went wide.

Barzal kept making things happen shortly after that shift, sending a quick feed from the corner to Matt Martin all alone in front of Hart for the easy tap-in to knot the game 1-1 at 7:12 of the second.

Halfway through the middle frame, the Isles piled on the pressure and were outshooting the Flyers 9-2. The Islanders controlled the pace, unlike in the first, but several clutch saves from Hart kept it a tie game.

One of Philadelphia’s lone dangerous chances came on a leading pass to Jakub Voracek, who forced Varlamov to come up with a big save at 10:48.

With 4.1 seconds left before the second intermission, hard work along the boards from Derick Brassard got the puck to Leo Komarov for the tap-in that trickled across the goal line for the 2-1 lead.

The Islanders capitalized on the first power play of the night off of hard work from Lee in front of the Flyers’ net to go up 3-1 at 3:41 of the third. As the Islanders went into defensive mode, Varlamov robbed Joel Farabee on the doorstep at 10:02 to preserve the two-goal lead.

Lee was penalized for playing after his helmet came off at 15:50 and the Flyers gave it everything they had by pulling Hart for the 6-on-4 advantage, but the Islanders survived.