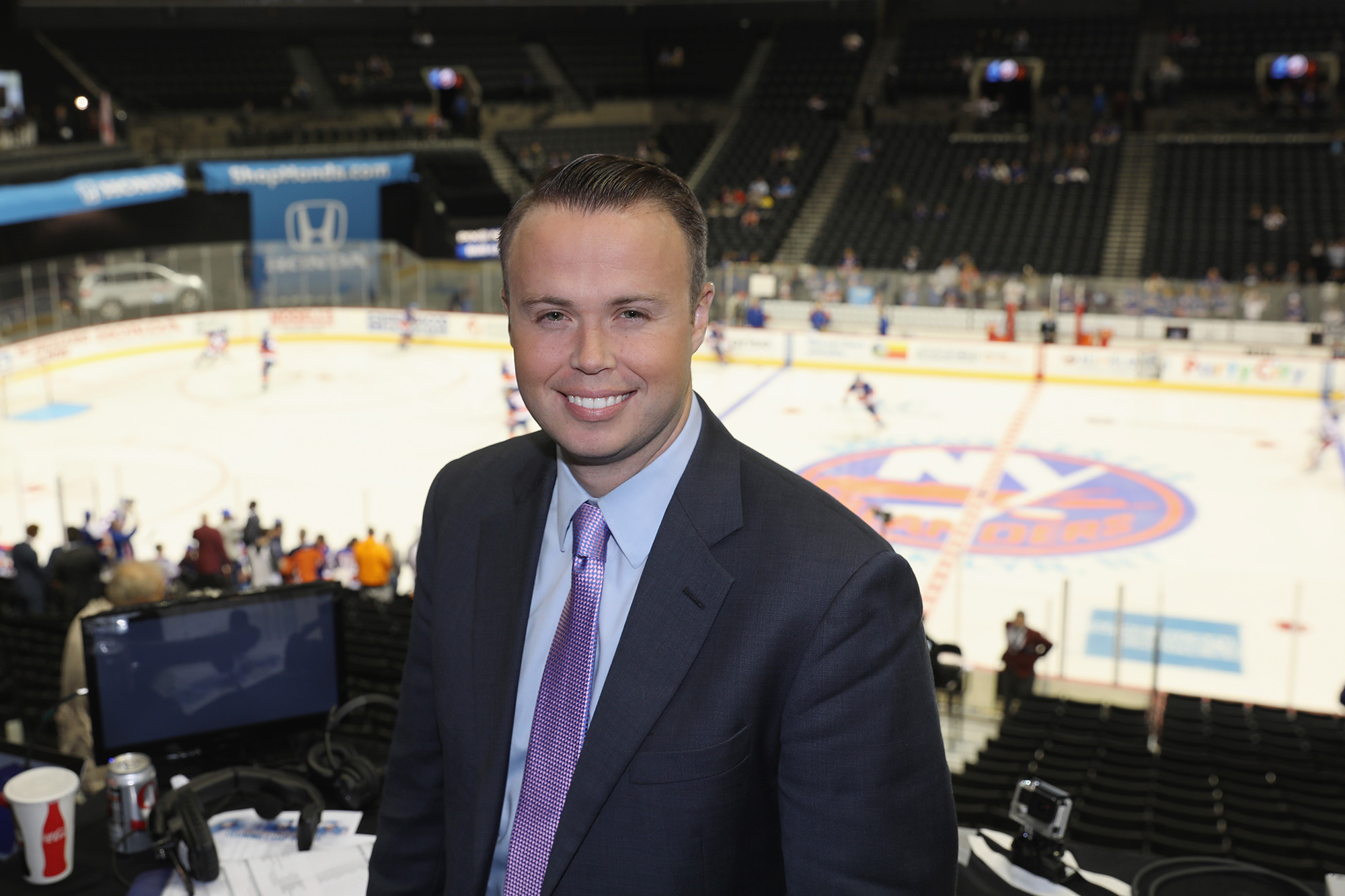 Brendan Burke is unconventionally celebrating his eight-year wedding anniversary with a never-ending day of playoff hockey.

The television voice of the Islanders noted the “big day” he had at home, calling the team’s NHL playoff game Tuesday afternoon against the Panthers on MSG then is set to call the Wild-Canucks game at 10:45 p.m for NBC Sports.

After announcing the Islanders Stanley Cup qualifier against the Florida Panthers for MSG this afternoon, Burke is making the journey to NBC studios in time for the late night Wild-Canucks matchup. Unfortunately for the 36-year-old sportscaster, he will not be around to celebrate his  anniversary with his wife, who is staying home on Long Island watching over their two children.

“I’m on tooth fairy watch for kid #1, trying to get kid #2 to eat anything besides mac ‘n cheese, and we’re 23 weeks pregnant with kid #3,” Mary Burke tweeted. “It’s been a wild 8 years & it just keeps getting better.”