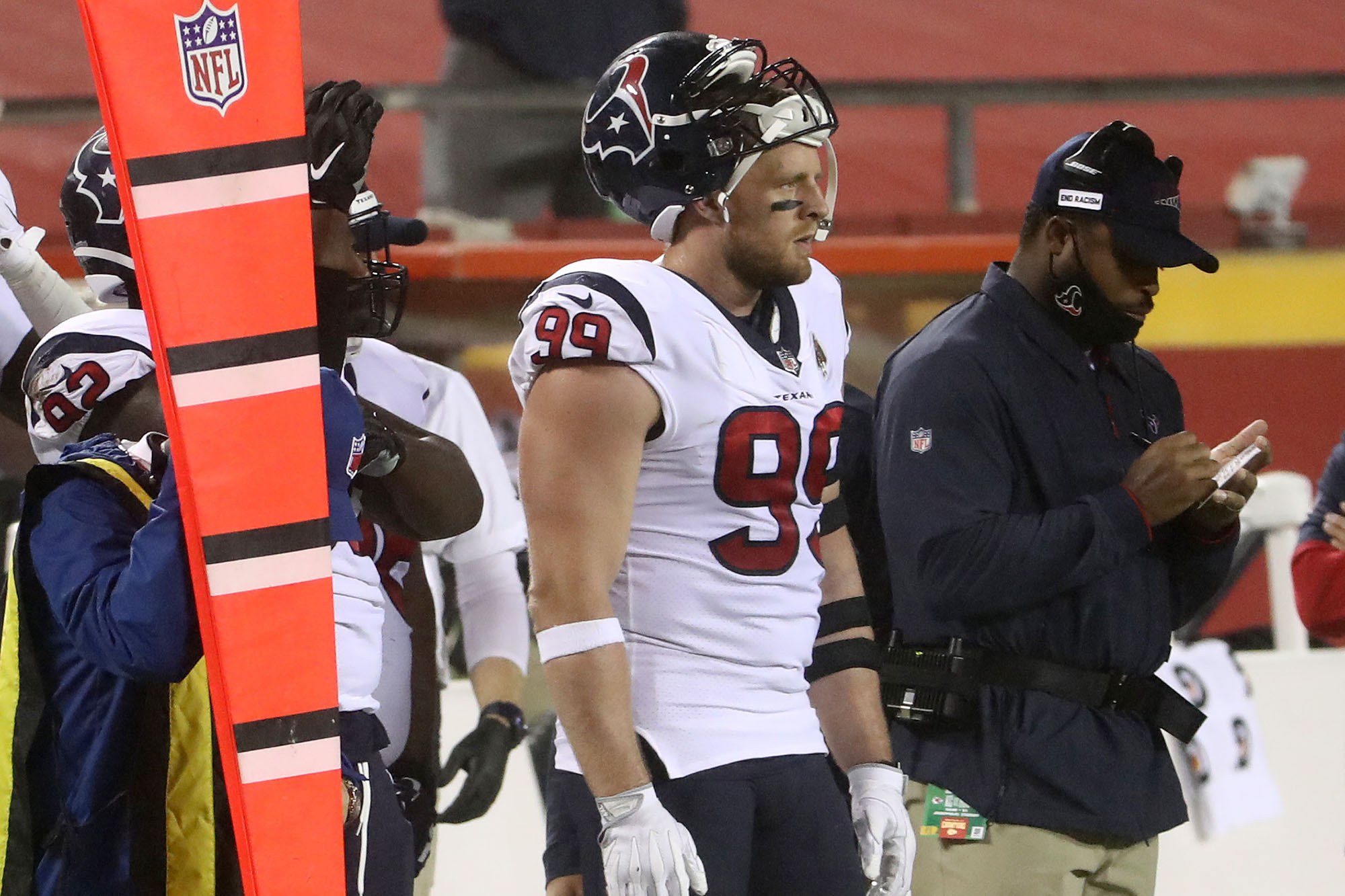 The Houston Texans and Kansas City Chiefs linked arms at midfield Thursday night prior to their season-opening showdown at Arrowhead Stadium, a planned show of unity to protest racism and social injustice. And despite the fact that only around 20 percent of fans were in attendance, boos were still heard loud and clear.

Texans star defensive end J.J. Watt was asked about the moment after the game.

“The moment of unity I personally thought was good,” Watt told NFL Media. “I mean, the booing during that moment was unfortunate. I don’t fully understand that. There was no flag involved. There was nothing involved other than two teams coming together to show unity.”

Texans coach Bill O’Brien took a different stance, saying he thought the boos might have been for his team and not for the show of unity.

“I thought that that was a nice thing to do, so I’m not sure why they would boo that,” O’Brien said.

“I thought that was kind of a neat deal, both sides coming together for a cause and the story was told there,” Reid said.

“We can all learn from this, and really it’s just to make us all better, even a stronger country than we already are. We have a chance to just be completely unstoppable when all hands join together and that’s a beautiful thing.”