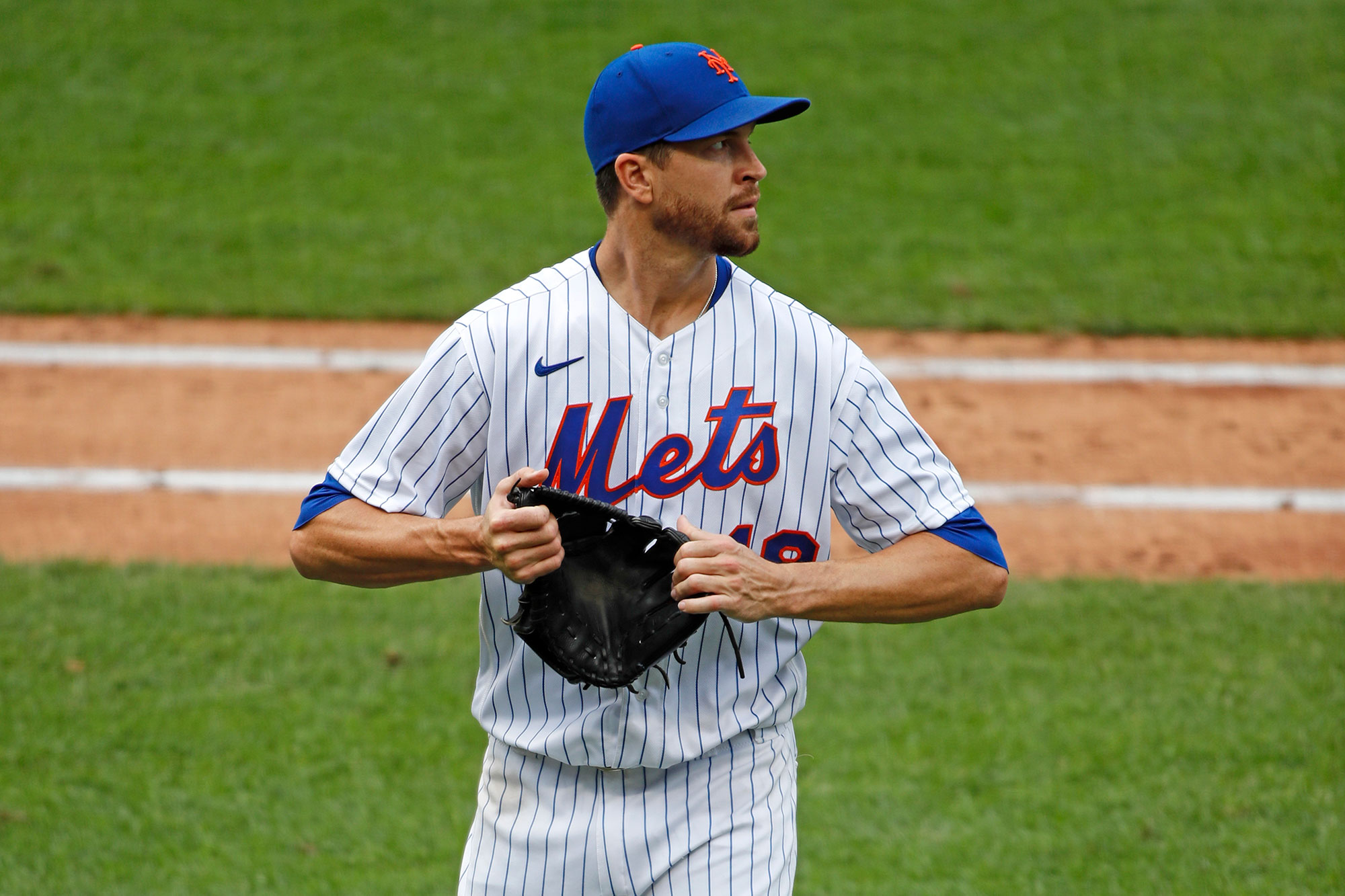 Jacob deGrom got knocked around in a sense Monday, but it was difficult to pin all of the Mets’ latest letdown on the team ace.

Pete Alonso’s error, which led to three unearned runs, and a continued lack of crispness from the lineup were also contributing factors in a 5-3 loss to the Marlins that extended the Mets’ losing streak to four games.

Still, deGrom must shoulder some of the blame for a sixth inning in which he surrendered four runs, allowing the Marlins to take charge of the game. Overall, the Mets ace allowed four hits in the frame, even as his ERA dropped to 1.70 for the season.

Robinson Cano’s scorching bat got the Mets closer in the sixth, with a solo homer that cut Miami’s lead to 4-3. It was the sixth homer of the season for Cano (he is batting .379), who also went deep a day earlier against the Yankees. But the Marlins recovered that run on Brian Anderson’s homer leading off the eighth against Brad Brach.

Garrett Cooper’s homer in the sixth sliced the Mets’ lead to 2-1 before the roof caved on deGrom, with an assist from Alonso’s error. Alonso misplayed Matt Joyce’s grounder, opening the gate for the Marlins to score three unearned runs. Lewin Diaz stroked an RBI double to tie the game before Miguel Rojas produced a run-scoring single. Jorge Alfaro’s double brought in the inning’s final run.

DeGrom’s six innings were welcomed as the Mets try to make sense of a bullpen that caved in the final three games of the Subway Series over the weekend. Included was Sunday’s implosion in the first game of a doubleheader in which Jared Hughes and Edwin Diaz flushed a five-run lead.

Jeff McNeil’s RBI double in the third and Dominic Smith’s sacrifice fly gave deGrom a two-run lead with which to work. The rally started with Amed Rosario drawing a walk for the first time since Sept. 14 of last season, which had stretched 101 plate appearances. As Rosario jogged to first base, the Mets dugout cheered in appreciation of the streak’s conclusion.

Taiwan tinderbox: China could launch missile over island if US dares...