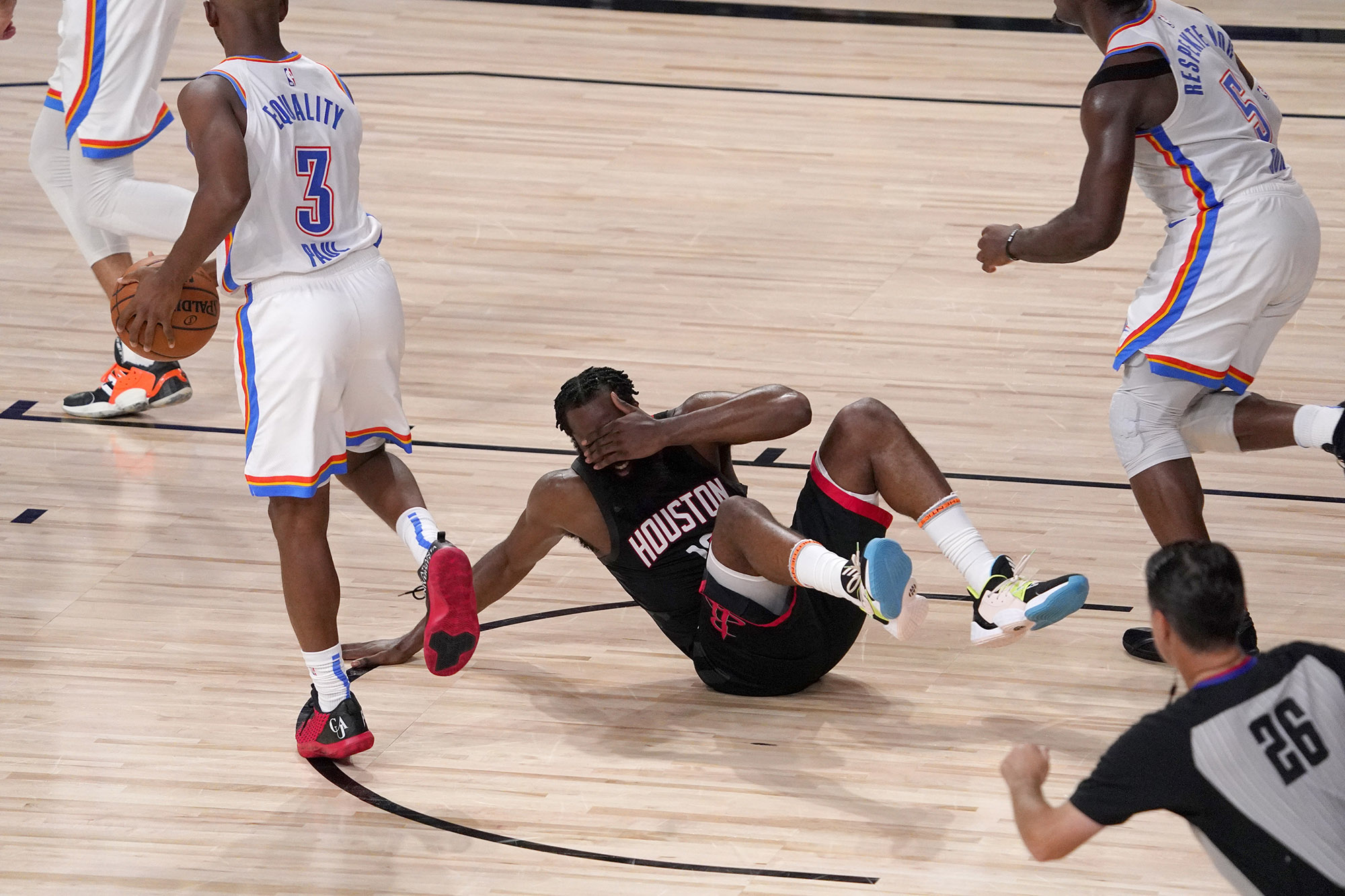 A fan can’t ask for much more than a one-point game in a Game 7 with less than a minute to go. But what should’ve been an enormous moment at the end of the Rockets-Thunder series Wednesday night was marred by embarrassing flops by some of the NBA’s biggest stars.

With about 55 seconds remaining, Chris Paul — traded last summer by Houston to Oklahoma City for Russell Westbrook — blatantly flopped while guarding Eric Gordon as the Rockets held a one-point lead. Gordon then flopped as he turned the ball over to Steven Adams, and as Paul took the ball the other way, James Harden egregiously flopped while trying to stifle his former teammate.

Final minute of Game 7. One point game. Two of the savviest players in history, Chris Paul and James Harden, both bet on the same move: the flop. pic.twitter.com/FiEPGLxLNS

The Rockets held on for a 104-102 win to advance into a second-round matchup with the top-seeded Lakers, but the paltry acting performances drew the ire of fans on Twitter, including Hawks All-Star Trae Young.

“There was sooo much flopping in one play 🤣🤣🤣,” Young tweeted.

Earlier Wednesday, the NBA fined Celtics guard Marcus Smart $5,000 for flopping during the Celtics’ Game 2 win over the Raptors. It wouldn’t be a surprise if more fines were handed out after Wednesday night’s flop fest.