Jamie Carragher 'could not sleep' after his horror challenge on Nani

Jamie Carragher reveals he ‘could not sleep’ after his horror challenge on Nani in 2011 that left the Manchester United man in tears, and insists Jordan Pickford did not set out to deliberately hurt Liverpool star Virgil van Dijk

Jamie Carragher admits he could not sleep after his horror tackle on Nani left the Manchester United man in tears during a game in 2011.

The former Liverpool defender escaped with just a yellow card for a shin-high tackle on the Portuguese that left him with a deep cut on his leg.

He admits to feeling ‘terrible’ in the aftermath of the challenge and believes that Jordan Pickford did not set out to deliberately injure Virgil van Dijk last weekend. 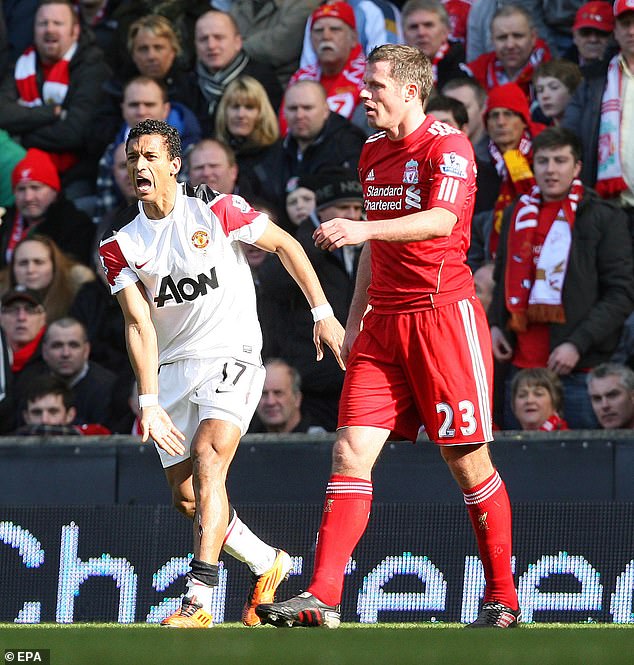 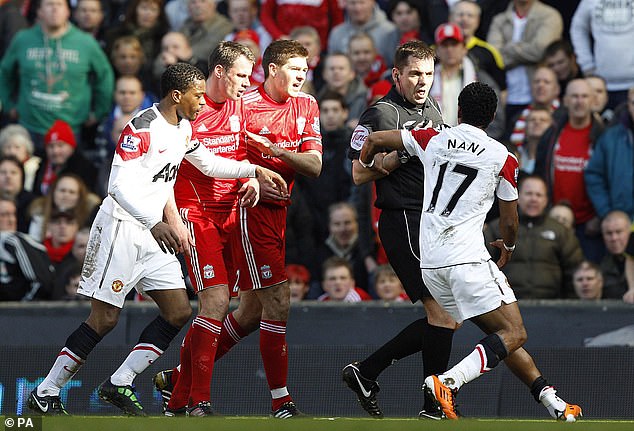 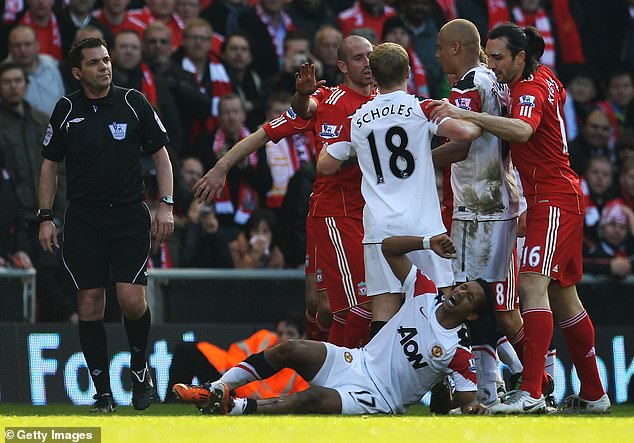 Writing in The Telegraph, Carragher says he was trying to channel his aggression but ‘panicked’ in the moment.

‘My thought process was skewed and I got it badly wrong, mistiming my tackle in a way which looked awful. I felt terrible when I watched it back’, he wrote.

‘I could not sleep that night, my mind preoccupied with the horrendous tackle and the public response to it.

‘It appalled me to think my reputation might be sullied by one incident after the hundreds of robust but fair tackles in my career. 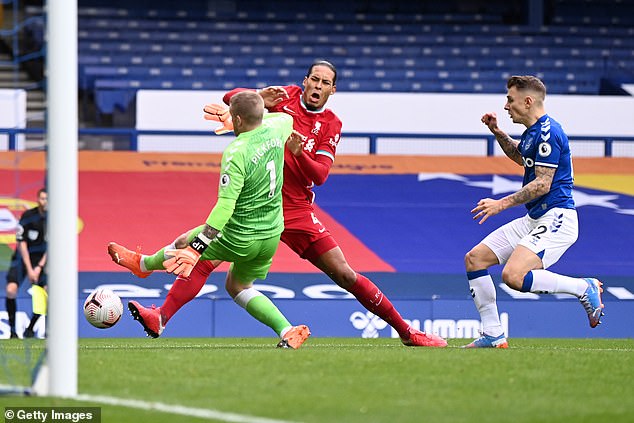 ‘I was relieved Nani was not seriously hurt, because I have never met a player who wants the thought of damaging a fellow professional’s career on their conscience.’

Nani left the game on a stretcher but avoided serious injury, while van Dijk faces missing the season after suffering an anterior cruciate ligament injury as a result of the challenge from the Everton goalkeeper.

Carragher continued: ‘Although my sympathy lies entirely with Virgil Van Dijk as he starts his recovery from anterior cruciate surgery, I cannot agree with the suggestion Jordan Pickford deliberately set out to hurt his rival.’

Carragher’s comments come after Carlo Ancelotti launched a staunch defence of Everton goalkeeper Pickford and insisted it is ‘unfair’ to describe his challenge on van Dijk as pre-meditated.

Liverpool’s players remain incensed about the episode and Gini Wijnaldum spoke on behalf of the dressing room ahead of Wednesday’s Champions League fixture with Ajax, when he branded Pickford’s attempts to get the ball as ‘unacceptable’ and ‘stupid’. 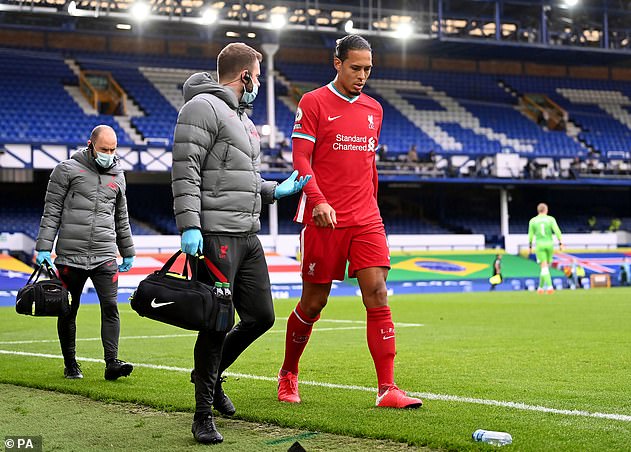 Ancelotti said: ‘To be clear, we are really sorry for the injury of Virgil van Dijk. Every one of us hopes he can recover soon and well.

‘There was this contact with Jordan Pickford: it was mistimed contact but the fact the Premier League is so fast, it is not so difficult to arrive a little bit later.

‘It can happen. He arrived a little bit late but his intention was to try to catch the ball. It was not to hurt Virgil van Dijk. To say it was pre-meditated and this and that, in my opinion, is too much. Virgil van Dijk knows this. This is football and unfortunately you can be injured.

‘Jordan is really sad and really disappointed Van Dijk is injured but to say it was pre-meditated, it was stupid, is not fair. It was a strong contact — maybe mistimed — but sometimes in football it can happen.’

Vikings season 6 part 2: Will the Seer return for revenge on Ivar?

The Seer appeared in three episodes of the sixth season, in the form of a vision, and his voice was heard in the...
Read more

Vikings season 6 part 2: Will the Seer return for revenge...