Home Sport Jamie Vardy has fans in stitches as he reveals his personalised 'chat...
Sport

Jamie Vardy has fans in stitches as he reveals his personalised 'chat s***, get banged' shin pads

Jamie Vardy has fans in stitches as he reveals his personalised ‘chat s***, get banged’ shin pads harking back to his viral Facebook post from 2011… before coming on to score against Arsenal

The message on Jamie Vardy’s shin pads caused quite a stir on social media on Sunday night, the Leicester City striker had ‘chat s*** get banged’ written on them.

Fans spotted Vardy’s personalised gear as he was carrying them at the Emirates ahead of the Foxes Premier League clash against Arsenal, he went on to score the winner for Brendan Rodgers’ side.

The phrase is a reference to an aggressive Facebook post from the former England striker, when he was playing non-league football back in 2011. 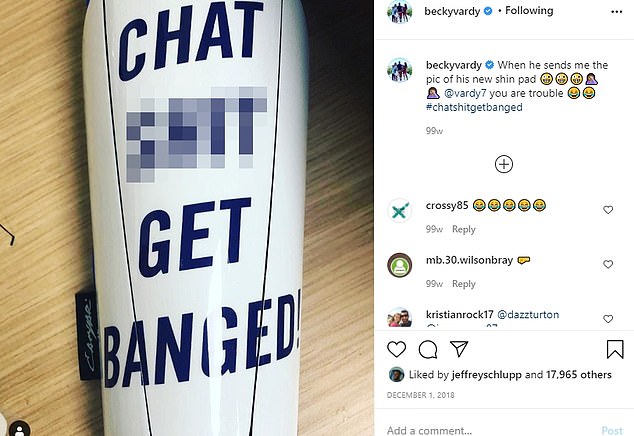 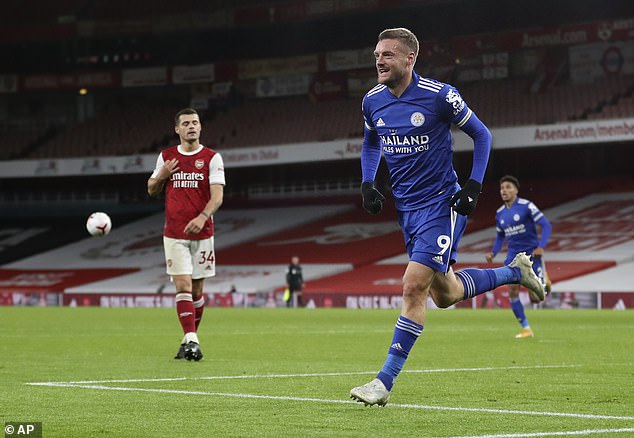 Those four words have since taken on a life of their own and have spawned endless meme’s, gifs and social media hashtags.

Twitter reacted as fans couldn’t help but laugh at seeing Vardy’s infamous catch phrase written on his shin pads, the legacy of his Facebook post from 2011 is still alive and well.

The outpouring of love on social media continued as fans couldn’t get enough of Vardy’s gear.

Supporters of all football clubs united on Twitter to appreciate the now notorious shin pads, and the fact that Vardy went on to score the winner only added to their delight.

One user said: ‘Jamie Vardy’s shin pads though, then come on and scores…love the guy.’

Vardy’s winner at the Emirates was Leicester’s first win away to Arsenal since 1973.

The victory lifts Brendan Rodgers’ side up to fourth in the league and was their first triumph in three games, after successive home defeats to West Ham and Aston Villa.

Next up for the Foxes is a trip to Greece to face AEK Athens in the Europa League on Thursday.

Facebook
Twitter
Pinterest
WhatsApp
Previous articleCoronavirus symptoms: Main symptoms to spot signalling either a cold, flu or COVID-19
Next articleHarvey Weinstein hit with new accusation that he forced a woman to perform oral sex on him in NYC