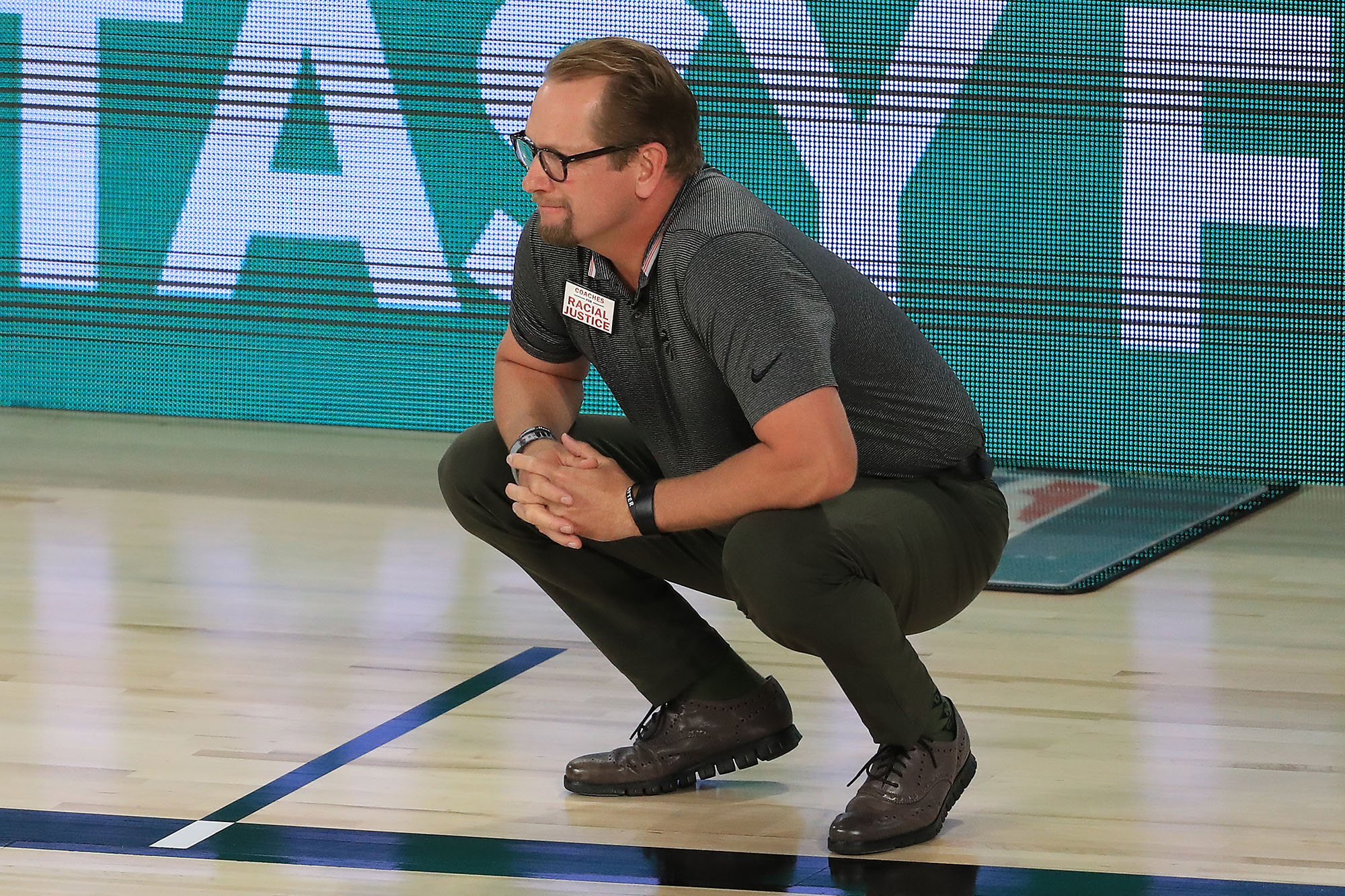 Wednesday night’s Game 6 thriller between the Boston Celtics and Toronto Raptors featured a number of wild moments, as Toronto forced a Game 7 in double overtime, 125-122. But it also featured its share of bad blood.

Late in the fourth quarter, Jayson Tatum had the ball with the score tied at 98-98. He made an errant pass that wasn’t close to any of his teammates, and ended up sailing out of bounds near the Raptors bench.

But on a closer look, Raptors coach Nick Nurse was standing right next the court, crouched as if in a defensive position. Which led some to speculate if he was doing it on purpose to bait Tatum into throwing the errant pass.

Tatum’s teammate, Jaylen Brown, called Nurse out after the game.

“Grown men should be able to control themselves, especially coaching staff,” Brown said. “So, let’s continue to do what we gotta do, play basketball, and be ready to fight.”

Tatum, however, took full responsibility for the mistake.

The Raptors and Celtics will play a winner-take-all Game 7 on Friday night.

Angel Hernandez had another terrible game, took it out on White Sox

Prince Harry SHUNNED as royals distance themselves from his US election...

Prince Harry SHUNNED as royals distance themselves from his US election...