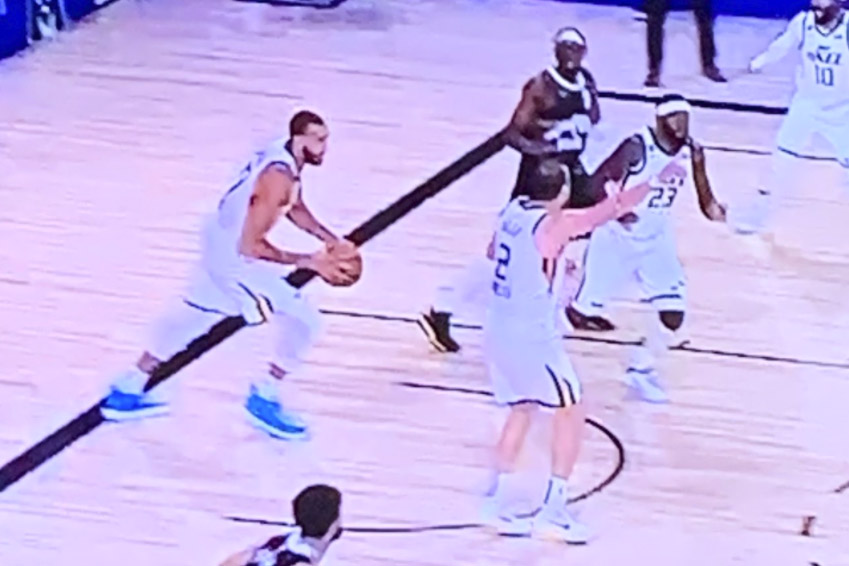 The NBA narrowly avoided one of the most controversial endings in playoff history on Tuesday night in the bizarre closing seconds of the Jazz-Nuggets series.

With Denver leading 80-78, Utah star Donovan Mitchell had the ball stripped from him by Gary Harris with 11 seconds left, sending the Nuggets down the court with Game 7 seemingly in hand. However, Torrey Craig’s wide-open layup — you could argue he should have just pulled it out to drain more time off the clock — clanged off the rim and was rebounded by Jazz center Rudy Gobert.

Before Gobert throws his outlet pass to Mike Conley, it appears his left foot steps out of bounds — or was it hovering over the line? It was a split-second call that the refs did not whistle and there was no reason to examine further after Mike Conley’s 3-pointer rattled out to send the Nuggets into the Western Conference semifinals against the Clippers.

However, that did not stop Twitter sleuths from breaking down the non-call.

Imagine the Jazz celebrating on the court just to have their hearts broken? Or the refs ruling there was not enough evidence to overturn the call in the Nuggets’ favor?

“It looked good, man. Sometimes, it’s just the way it works,” Mitchell said of Conley’s buzzer-beater miss that finished off the Jazz’s collapse after leading the series 3-1.

“We fought hard and came back. I’d go to war with any one of these guys in the locker room, any one of these coaches. We could’ve easy chalked it up in the first half. We have grit and fight. That’s all you can really ask for.”