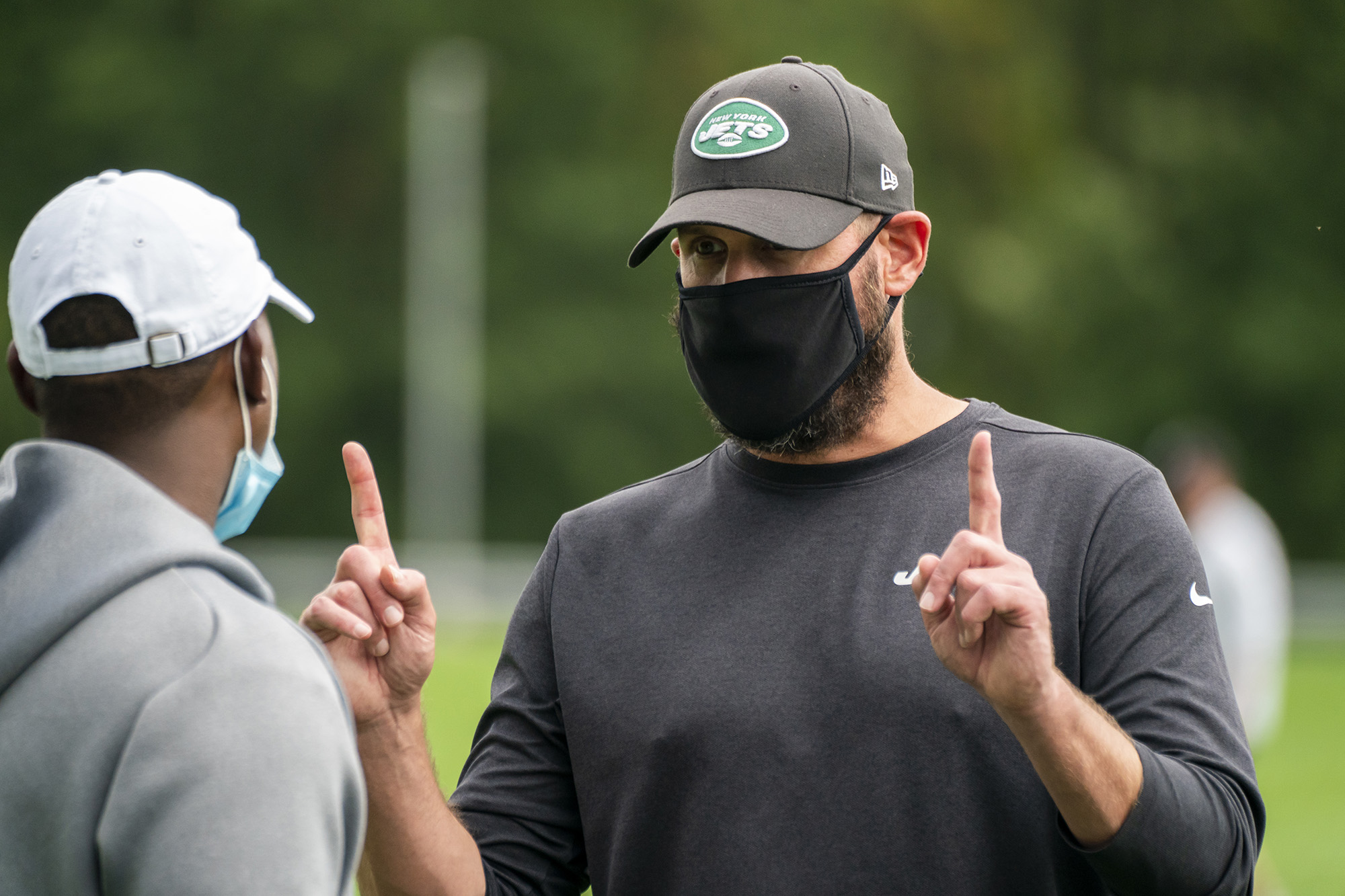 The team elevated Mike White from the practice squad to serve as Sam Darnold’s backup in Sunday’s home opener against the Bills. The Jets needed a backup because Joe Flacco, who is recovering from neck surgery, has not been cleared to play.

The Jets picked White over David Fales, who is also on the practice squad. White, who was a 2018 fifth round pick of the Cowboys, was on the Jets practice squad last year and has never appeared in an NFL game.

A new rule instituted this season due to COVID-19 allows teams to elevate two players from the practice squad without a corresponding roster move.

The Jets may need to use every player they have available on Sunday.

One of the side effects of not having any preseason games is going to be on teams’ conditioning. Coach Adam Gase said going from practice to a full workload in a game may be too much to ask for some players, and they will need a rotation at some spots.

“When you play that first preseason game, even though it might be five to 10 plays, there’s something about that gameday environment, the anxiety, the ramp up,” Gase said, “and then you get to that third one, it’s more, then you get to the first regular season game and then it’s even more, and the game turns and the speed just increases, it’s incredible. And then when you get in a playoff game, then it’s a completely different deal.”

“Yeah, the amount of plays that we’ve done in practice compared to what’s going to be in a game, and then at the same time you’re thinking about everybody’s going to be ramped up because it’s the first game — we’ve got to play this smart, we’ve got to make sure that we keep working on our conditioning, we’ve got to make sure that we do a good job of getting guys, whoever’s active, everybody’s got to be ready to contribute. And we’ve got to look at this thing as, ‘All right, how are we going to play it?’ This is something we’ve been talking about for the last two weeks.”

Look for heavy rotations along the defensive line where the Jets have some depth and at linebacker where they are not as deep but will need to work some different people in.

Everyone is curious to see how the tackling will be early this season after doing none of it this summer. Teams don’t tackle in practice. With no preseason games, there has been only occasional accidental tackling. It could have a big effect on special teams.

“I think it will be a big challenge,” special teams coordinator Brant Boyer said. “I think that the guys, you really can’t work on that very much. They worked on a little bit and things like that, but I think it’s all fundamentals and things that they’ve done their whole lives. I’m sure some tackles are going to be missed, but it’s rallying to the ball and getting multiple hats on the on the ball carrier and things like that. I don’t think that’s ever changed. … So, I think it’s just a matter of how hard they play, and the emphasis has been low-target tackle and wrap up and get multiple hats and things like that on the ball. So that’s what we’ve been really coaching hard.”