Joe Biden compared Kim Jong-un to Adolf Hitler on Thursday as the former vice president slammed President Trump for ‘legitimizing’ the North Korean ruler by meeting with him.

In the second and final presidential debate, the Democratic nominee blasted Trump for his diplomacy with Pyongyang, though the Republican countered that he had achieved what the Obama administration could not.

‘They tried to meet with him, he wouldn’t do it,’ Trump said of Kim and the Obama administration. 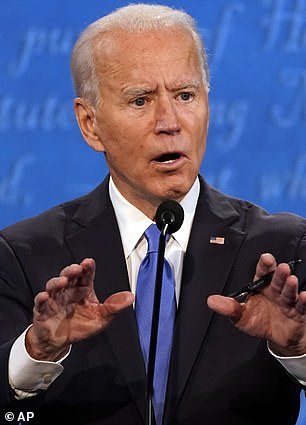 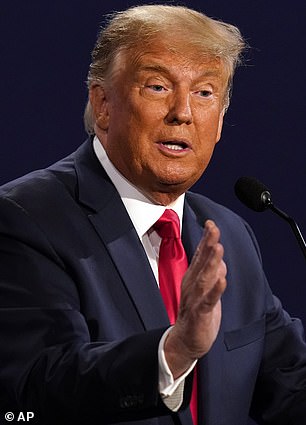 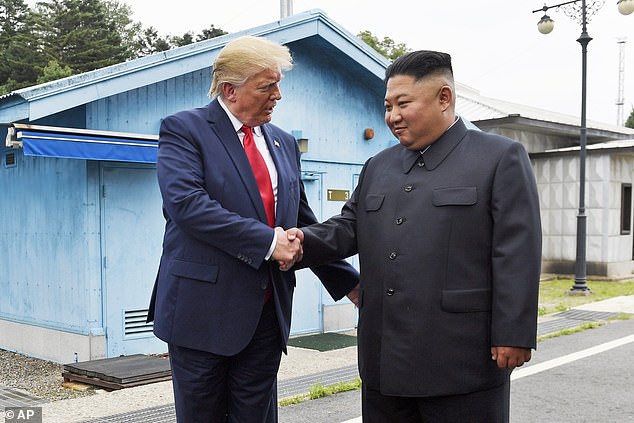 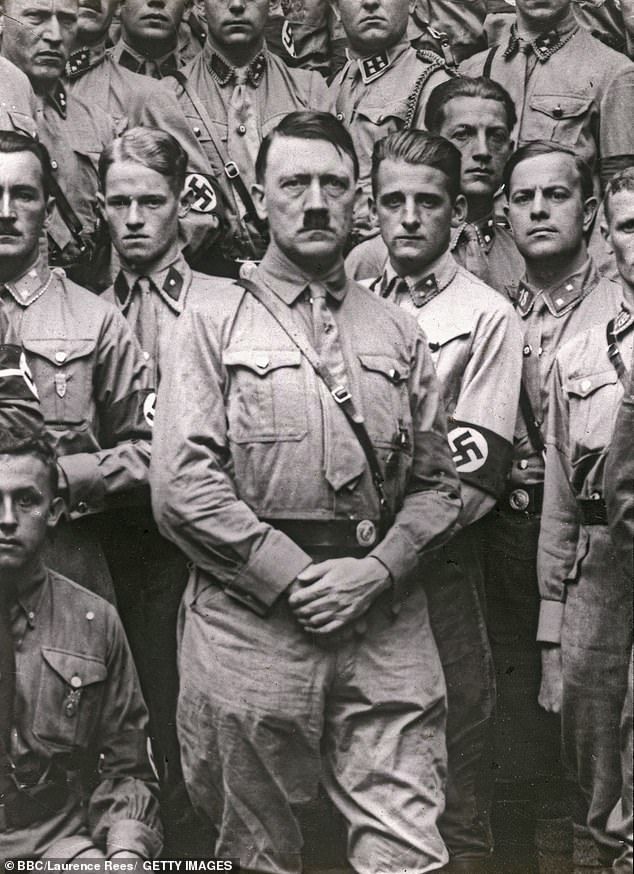 ‘He wouldn’t do it. You know what? North Korea, we’re not in a war, we have a good relationship.’

Biden responded that ‘we had a good relationship with Hitler before he, in fact, invaded the rest of Europe.’

‘We’re not going to legitimize you. We’re going to continue to push stronger and stronger sanctions on you.

‘That’s why he wouldn’t meet with us.’

Trump is the first sitting president to hold a summit with the leader of North Korea.

The president has met with Kim three times. The first summit took place in Singapore in 2018. The next year, the two leaders met in Hanoi.

Kim and Trump also shook hands at the demilitarized zone separating North and South Korea at Panmunjom in June of last year. 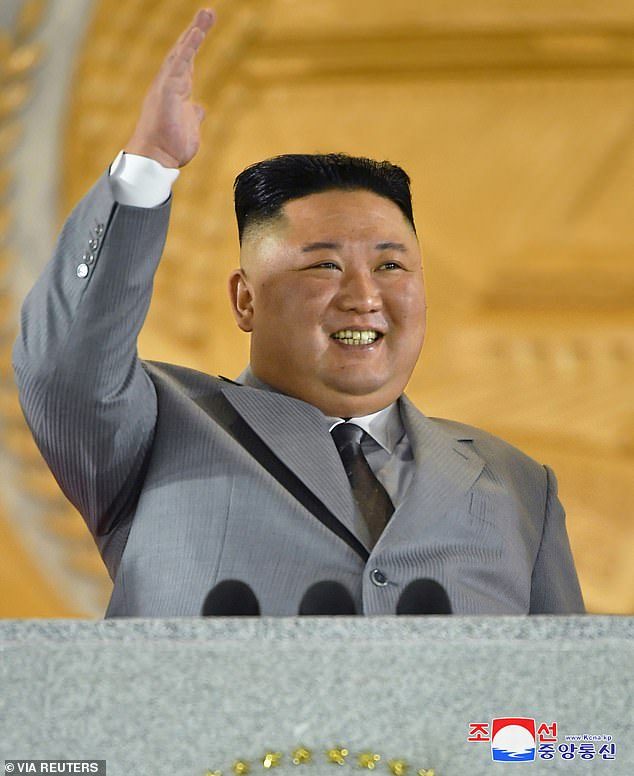 Despite the close, personal relationship between Trump and Kim, the North Korean leader appears unwilling to bend to Washington’s demand to decommission its nuclear arsenal in exchange for a lifting of economic sanctions.

Biden hit out at Trump for saying that a ‘thug’ like Kim was his’“good buddy.’

‘They have much more capable missiles able to reach US territory much more easily than they ever did before,’ Biden said.

During the debate, Trump was asked by moderator Kristen Welker of NBC News if he felt betrayed by Kim’s recent rollout of an intercontinental ballistic missile.

‘No,’ the president replied.

At a military parade staged earlier this month, Kim warned that his country would ‘fully mobilize’ its nuclear force if threatened as he took center stage at a military parade that unveiled what appeared to be a new intercontinental ballistic missile and other weapons.

Kim, however, avoided direct criticism of Washington during the October 10 event, which celebrated the 75th anniversary of the ruling party.

Instead, he focused on a domestic message urging his people to remain firm in the face of ‘tremendous challenges’ posed by the coronavirus pandemic and crippling US-led sanctions over his nuclear program.

Kim described the North’s continuing efforts to develop its nuclear deterrent as necessary for its defense and said it wasn’t targeting any specific country.

But “if any force harms the safety of our nation, we will fully mobilize the strongest offensive might in a preemptive manner to punish them,” he said.

The weapons included what was possibly the North’s biggest-yet ICBM, which was mounted on an 11-axel launch vehicle that was also seen for the first time. 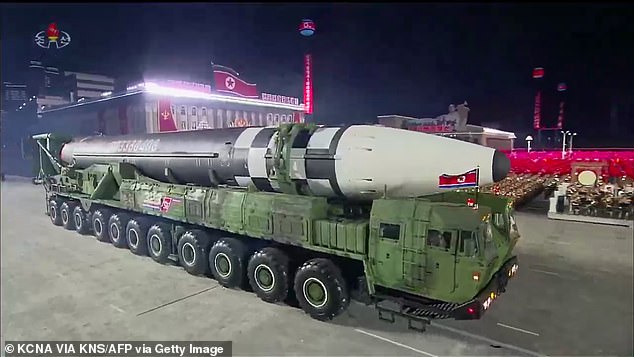 The North also displayed a variety of solid-fuel weapon systems, including what could be an advanced version of its Pukguksong family of missiles designed to be fired from submarines or land mobile launchers.

The missiles highlighted how the North has continued to expand its military capabilities during a stalemate in nuclear negotiations with the Trump administration.

Kim had previously expressed frustration over the slow diplomacy, pledging in December that he would continue to bolster his nuclear arsenal in the face of U.S. pressure and soon unveil a ‘new strategic weapon to the world.’

He then said the North was no longer obligated to maintain a self-imposed suspension on nuclear weapon and ICBM tests, which Trump touted as a major foreign policy achievement.

Kathie Lee Gifford has opened up about consoling Ethel Kennedy at her late son Michael's bedside after he was pronounced dead following a...
Read more
U.S

On Wednesday the Duchess gave fans a glimpse of the Royal Lodge decked out in Christmas decorations in a new Instagram post.The clip...
Read more

Kathie Lee Gifford has opened up about consoling Ethel Kennedy at her late son Michael's bedside after he was pronounced dead following a...
Read more

Where does Sarah Ferguson live? Inside York home she shares with...