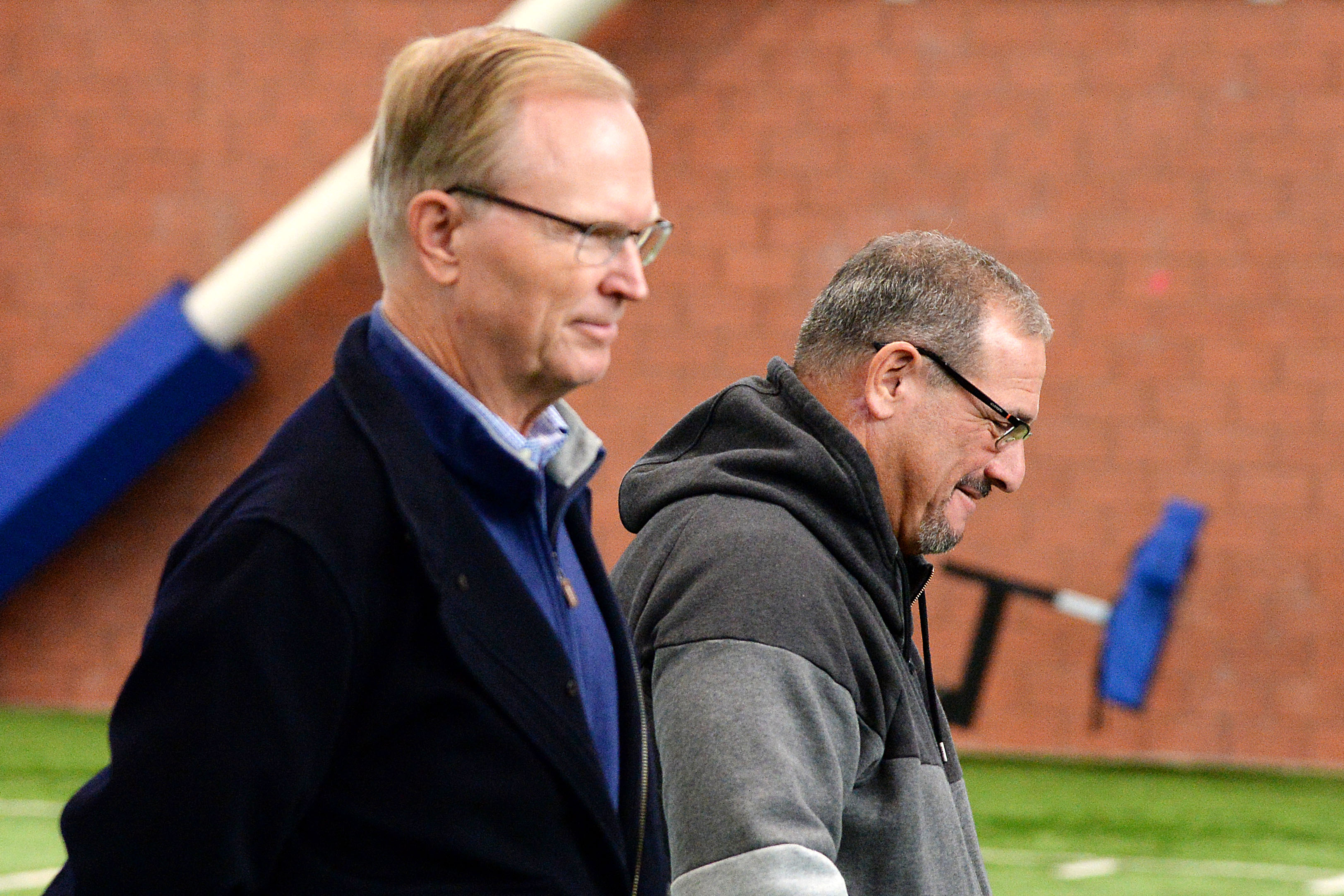 The reset button on John Mara’s desk needs some time off.

So, the Giants co-owner isn’t going to pin general manager Dave Gettleman’s job security entering his third season at the controls to a certain number of victories or competing for a playoff spot and an NFC East title.

“That’s certainly what our goal is and I’ll be very disappointed if we are not in that situation,” Mara told reporters Thursday in his first remarks since January. “But I can’t sit here and say, ‘We have to win a certain number of games otherwise I’m going to blow the whole thing up again.’”

The Giants have the fewest wins (12) in the NFL over the last three seasons and Joe Judge is their fourth head coach in the last six seasons. The roster is one of the youngest in the league — a sign of starting over even though there have been no playoff wins since Super Bowl XLVI in February 2012.

“I feel good about the direction that we’re headed in right now and I want to feel that way in January as well – and I have reason to expect that I will,” Mara said.

“I want to feel like when we walk off the field after the last game, whenever that is, that we have the pieces in place to compete for a Super Bowl and that the combination of people we have here is going to work going forward.”

Mara said his thoughts are in line with co-owner Steve Tisch. Gettleman deferred questions about his job security to ownership.

“We need to feel like we’re building something that is going to compete for a championship,” Mara said. “If we are able to play meaningful games in December, that would be a sign that we are doing that.”

Because it is unlikely Giants fans will be permitted to attend games this season due to the COVID-19 pandemic, they will not be able to voice displeasure by no-showing or booing. But they are not shy about finding ways to be heard by ownership.

“I hear that, believe me, in the correspondence I get from them,” Mara said. “We’ve made some big changes over the last few years. I think we’re starting to build a foundation that can last over the long haul. I know that’s not going to satisfy a lot of our fans, but I just think it’s the right philosophy to have.”

The decision to keep Gettleman and replace fired coach Pat Shurmur with Judge set up a tricky dynamic where the decision-makers are not on the same timeline. If the Giants again are among the NFL’s worst teams in 2020 and someone needs to be held accountable, the fan base will be aiming at Gettleman.

Mara and Tisch then would need to decide whether the organizational favorite warrants the same patience as Judge in his first season or whether to bring in a new general manager who doesn’t get to choose the coach.

“In terms of a timeline, they both want the same thing,” Mara said. “They want to build a good foundation here and set us up to be able to compete for Super Bowls. I think we’re off to a good start with this combination.”

Since then, however, the NFL endured the pandemic-restricted offseason with limited evaluation windows before the 2020 NFL Draft, spring practices turned into virtual workouts and restricted development opportunities during training camp.

“I think you have to certainly consider everything,” Mara said when asked if that would factor into end-of-season evaluations. “It’s just a unique set of circumstances, but I’m very pleased with the way they have dealt with it and the communication that has gone on.”