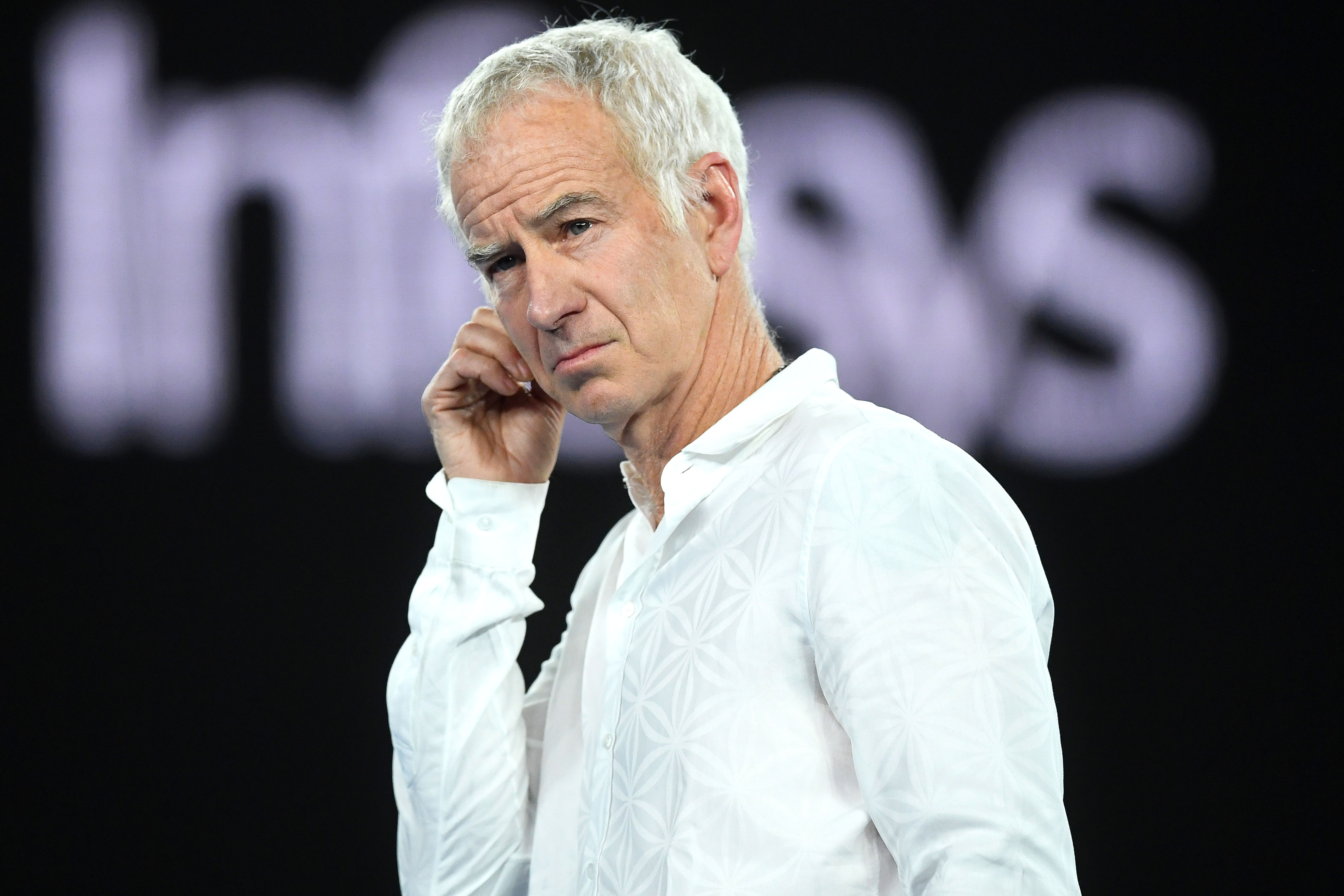 John McEnroe admits it’s a challenge rising to the occasion during the US Open in the ESPN broadcast booth at empty Ashe Stadium.

But McEnroe may even face a bigger hurdle during the French Open in late September.

The Post has learned because of the pandemic, the NBC crew of McEnroe, Mary Carillo and Dan Hicks won’t make the trip to Paris. Instead of heading to the City of Lights, McEnroe will work the matches remotely —  likely from a studio in Stamford, Conn.

“From my understanding, with logistics and concern [about COVID-19], at this time no one is going,” McEnroe told The Post at Flushing Meadows.

The French Open announced Sunday it will host a limited amount of fans. The US Open decided to host none, making McEnroe’s job a little tougher as he calls the silent matches.

“I’m the lucky one,’’ McEnroe said. “I’m not the one out there. It’s a lot tougher for players than it is for me. I think there’s a similarity that commentators feed off energy. It’s something I’ve taken pride in over the last 28 years I’ve done this. I want to bring that energy to the commentator’s booth the same way hopefully I did on the tennis court. It’s a key thing for me. It’s something I’m doubly aware of because it’s so quiet.

“It’s completely bizarre and surreal, calling matches and walking around and nobody’s there. You can never have imagined not only tennis, but all sports would be doing this right now.’’

Not all is quiet. The changeovers at Ashe sounds like a 1970’s discotheque — something the Douglaston, Queens tennis legend disapproves of.

“It’s deafeningly loud when they play music on the changeover,’’ McEnroe said. “You’re like, ‘what is going on here?’ One second, it’s nothing. Next second, I feel I have to put earplugs in. I don’t know how the players are feeling about it. I love music but it’s like, ‘C’mon.’ Maybe I’m just getting old. Or maybe they’re afraid the players are going to fall asleep.”

On the other hand, McEnroe admits he’s pleasantly surprised at the level of tennis and fitness after a five-month layoff. The men’s circuit had just one US Open tuneup.

“I’m pretty impressed,’’ McEnroe said. “I thought it would be making an adjustment to best-of-five after one event. That’s tricky. Fortunately the heat hasn’t been as much a factor as it could be otherwise we would’ve seen guys dropping like flies. But the best players usually win no matter how much time off.”

The best men’s player, Novak Djokovic, has been disqualified for accidentally striking a female linesman with a ball. On air, McEnroe said it’s an incident in which the Serbian is “going to be the bad guy the rest of his career.’’

McEnroe is anxious to see who steps up and believes men’s tennis needs a new jolt.

“Young, fresh blood is important,’’ McEnroe said. “It’s opened the door for the youngsters to step up and seize the opportunity.’’

The only thing McEnroe likes about the fan-less Open is no traffic in or out. Otherwise…

“It’s sad,’’ McEnroe said. “It’s definitely weird. The alternative is not playing. Early on, I had mixed feelings given the catastrophe that’s taken place. But it wouldn’t have made sense not to play tennis with other sports going on, though it’s more difficult with players coming from all over the world.’’

“Having grown up in New York and being involved in some of my favorite matches I ever played here, there’s nothing like a great New York crowd to lift up the players and spirits. Let’s hope this won’t go on much longer.”

Browns fans let into game — immediately fight each other