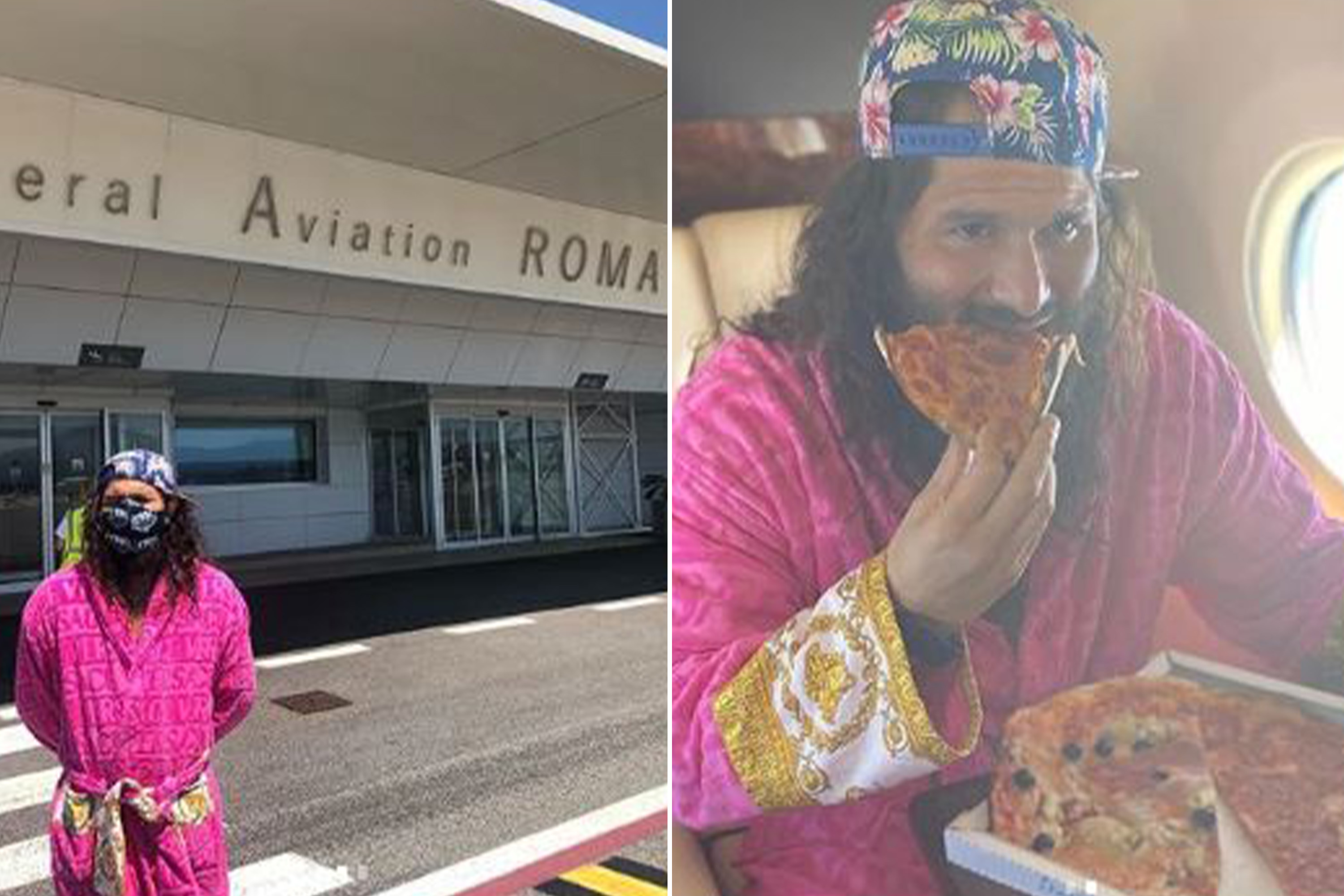 While Jorge Masvidal was en route to Abu Dhabi, he made a pit stop for a slice he couldn’t refuse.

Flying from Las Vegas, Masvidal couldn’t help but stop in Rome to engorge on some pizza. He posted photos on his Instagram in front of Ciampino Airport along with him feasting on a few different slices.

Prior to his departure, the 35-year-old UFC fighter announced on Sunday that he came to agreement and signed a new multi-fight contract with UFC. Masvidal left Vegas on Monday to compete against Kamaru Usman at UFC 251 on Yas Island Saturday in Abu Dhabi. Masvidal is replacing Gilbert Burns, who was forced out of the fight after testing positive for coronavirus.

Masvidal has won three straight fights after being idle for 16 months following back-to-back losses. He currently ranks third in the welterweight division, and has scored a knockout in each of his last five victories.

Usman was expected to leave Las Vegas for Abu Dhabi on Monday, per ESPN, ahead of UFC’s first event on Fight Island, the bubble Dana White orchestrated to hold fight cards.