‘One more flight, one more movie’: Jose Mourinho tucks into some popcorn as Tottenham fly out to Belgium to take on Antwerp in the Europa League

Jose Mourinho shared a picture of himself tucking into some popcorn en route to Tottenham’s Europa League clash with Antwerp.

The Portuguese manager took to social media to share a picture of himself eating a large bag of ‘sweet and salty’ popcorn in the build-up their match in Belgium.

Mourinho was pictured wearing a pair of headphones, staring at a large iPad ahead of what is arguably their toughest game in Group J. 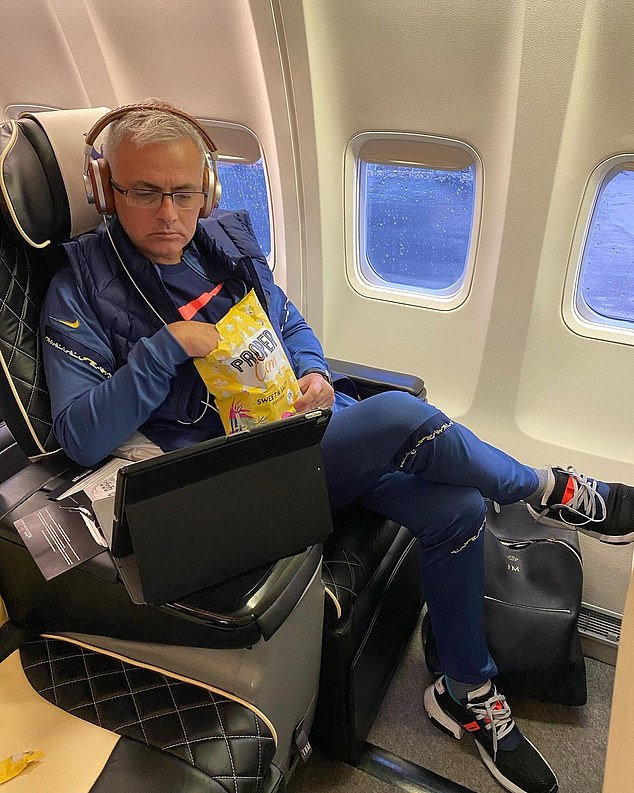 The picture was accompanied with the caption: ‘One more flight, one more movie, one more Europa League match.’

This is not the first Europa League Instagram post Mourinho has shared. He was praised for the hilarious caption he wrote prior to their match against LASK.

Mourinho posted a picture of himself holding three Europa League balls with the words: ‘3 balls… The 3 goals we conceded against West Ham? The 3 amazing goals we scored against them? Or the 2 Europa Leagues I have in the pocket and the 3rd one I am ready to fight for?’ 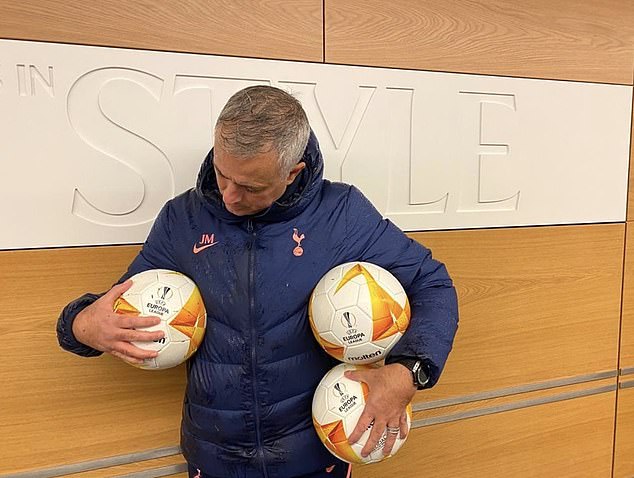 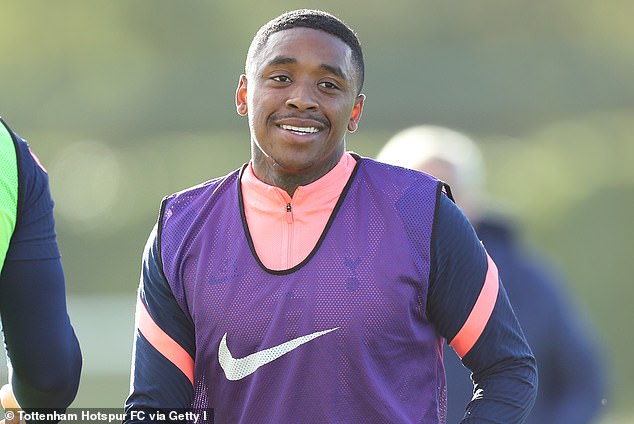 Tottenham continue their Europa League campaign on Thursday evening with a fixture against Antwerp.

Both sides have hit the ground running by achieving maximum points in their opening games – beating LASK and Ludogorets Razgrad respectively.

Mourinho will have both Steven Bergwijn and Serge Aurier at his disposal as the pair return to the squad after training with the team on Wednesday.

The Portuguese manager will be looking to complete a 10-match unbeaten streak in all competitions after recently beating Burnley 1-0 at Turf Moor.

"This week that tension exploded into easily the most unexpected war of all time, between the actor Nigel Havers, who hates the Kensington...
Read more

According to Dr Phillips, an average 65-year-old man should be able to do six to 16 push-ups.But he added: “Don’t focus on a...
Read more
Load more