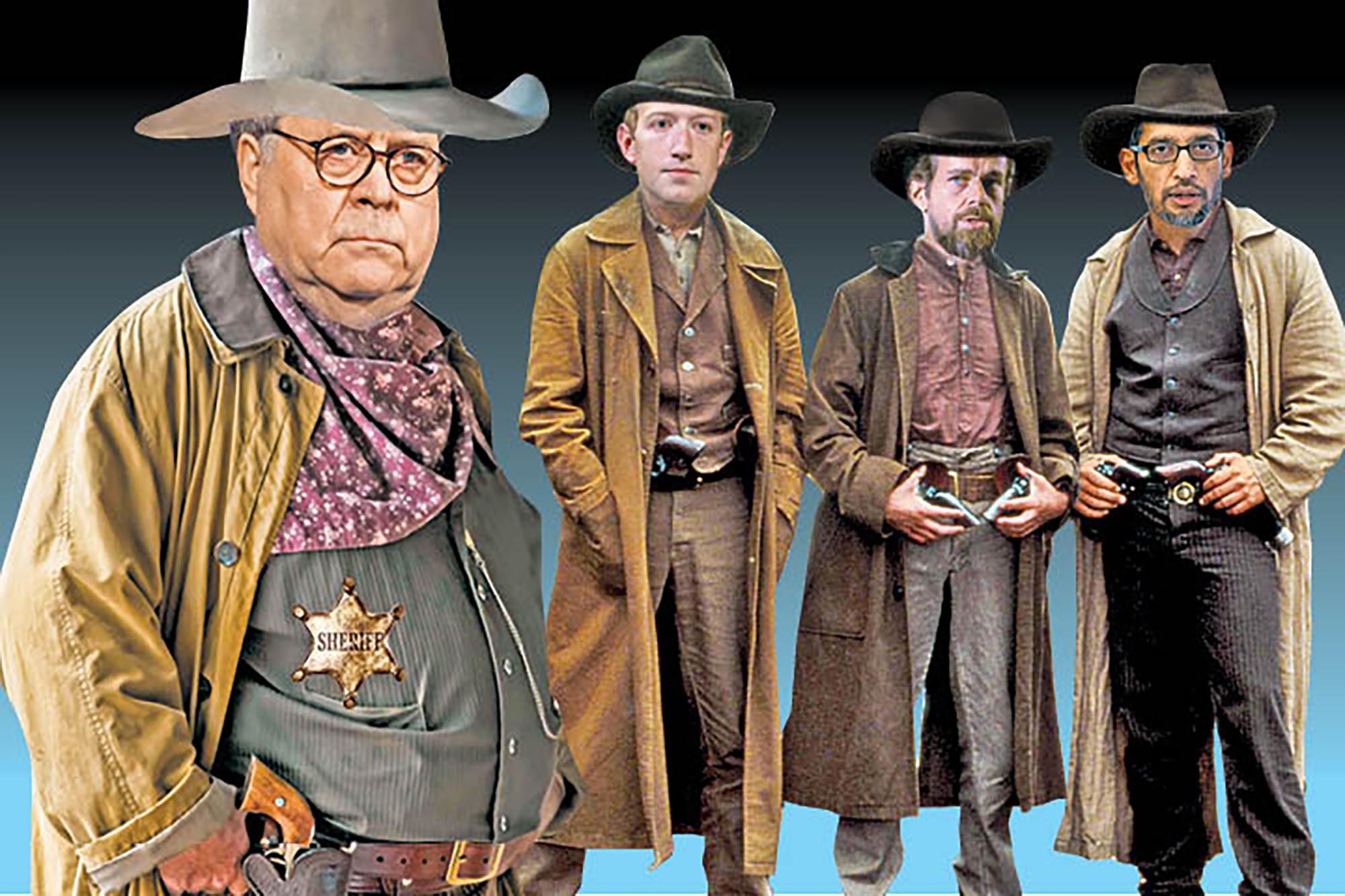 In a 25-page proposal released on its Web site Wednesday, the DOJ recommended curbing protections that tech platforms have enjoyed since 1996 against content posted on their sites by third parties. These protections — afforded by Section 230 of the Communications Decency Act — also give tech companies the freedom to remove “objectionable” content at their discretion — leading to complaints of double standards.

The proposal comes amid criticism, including from President Trump, that large social-media companies censor conservative voices while letting other controversial material, including some criminal content, run amok.

The DOJ, led by Attorney General Bill Barr, calls for tech companies to be held liable for hosting content that it knows is against the law. It also seeks to make sites more responsible for “particularly egregious content,” including child exploitation, terrorism and cyberstalking.

The agency also seeks to stop tech companies from removing content based on the “otherwise objectionable” criteria of Section 230, saying this promotes arbitrary policing.

In order to become law, lawmakers would need to propose and approve legislation based on the recommendations.

The proposal arrives just a day after Google made headlines for taking action against two publications, including right-leaning publication The Federalist, after it found user comments on their sites violated its “dangerous and derogatory” comments policy.

In addition to warning The Federalist that it could be banned from Google’s ad platform for the unsavory comments, it banned anonymous blogger Web site ZeroHedge from its ad platform for similar reasons.

While Google is free to sell ads against any content it wants, analysts warn that it’s a slippery slope considering Google’s YouTube enjoys protections from just such unsavory content, thanks to Section 230.

“When you look at 230 and you look at what’s happened with ZeroHedge and The Federalist, it’s a very slippery slope,” Wedbush analyst Dan Ives told The Post. “Especially for companies like Google that on the other side have YouTube, which is one of their crown jewels from an advertising perspective, which scrutinizes content and what can and can’t be there.”

Also on Wednesday, Missouri Sen. Josh Hawley joined with three other Republicans to introduce a bill that would allow people to sue tech companies if they feel that their speech has been censored.

The new efforts are unlikely, however, to have any impact on Google Ads’ decision to boot Web sites like ZeroHedge, because it fears advertisers will object to their content, experts say.

When it comes to things like tech-driven advertising, “Section 230 doesn’t really apply,” Kate Klonick, a professor at St. John’s University School of Law, told The Post. “Google doesn’t have to provide ad services to anyone.”